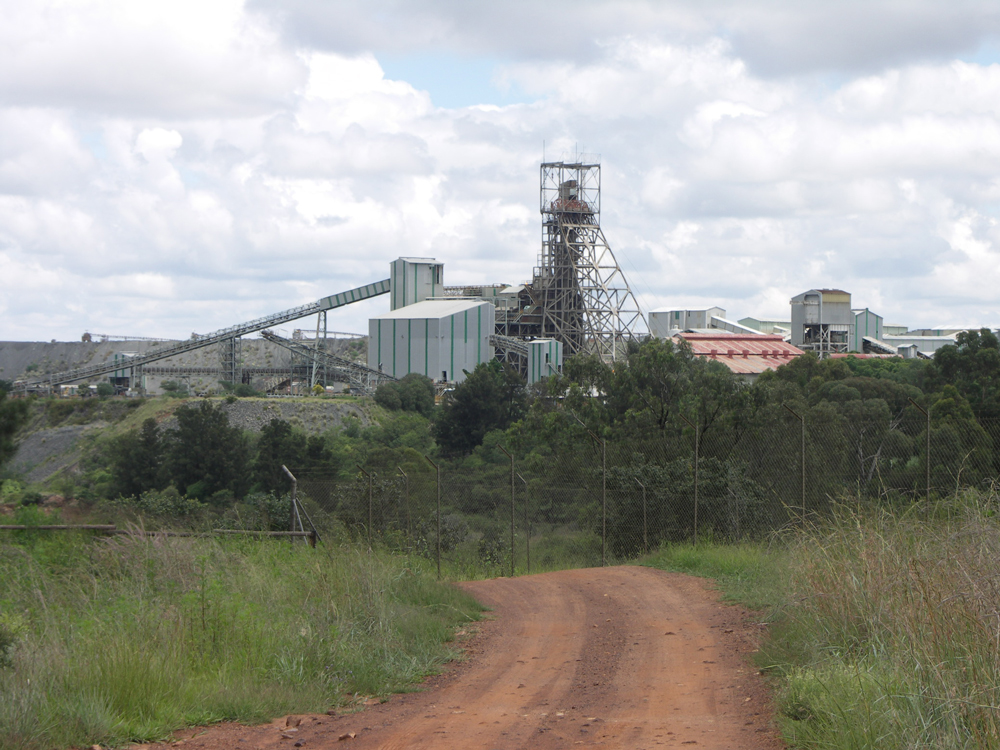 The Marikana report – a whitewash 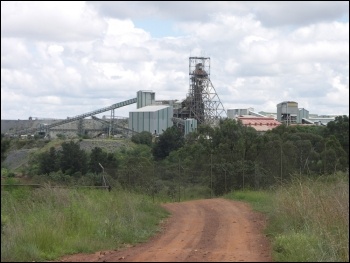 Under severe pressure from the families of the victims of the Marikana massacre (where 34 striking miners were shot dead by police on 16 August 2012) and threats of legal action, President Jacob Zuma has released the report of the Farlam Commission of Inquiry.

Not unexpectedly, the report completely exonerates the government. Lonmin, the platinum mining company where the strike took place, has been rapped over the knuckles with a feather.

As part of its mining licence Lonmin was supposed to ensure adequate housing was available for workers – it ignored this. The company also falsified reports of its redirection of funds for social responsibilities. It engaged in tax evasion.

There is not even the suggestion in the report of compensation for the victims’ families, nor any comment on the blatant violation of its dispute resolution procedures.

As is customary with such inquiries, the foot soldiers have to fall on their swords for the establishment. Such was the weight of the evidence of state culpability that it was impossible not to make recommendations for investigation into criminal liability against the police involved in the shootings.

In the most shocking attempt at holding the workers responsible for the massacre, the commission found that the actions of the workers – singing ‘provocative’ songs and arming themselves with traditional weapons – had contributed to the massacre.

Marikana was a stand-off. On the one side, workers who had laid down their tools, refusing to continue to be exploited like slaves, and seeking a peaceful resolution of a labour dispute.

On the other, the aggression of police deployed with premediated murderous intent, armed with riot shields, water cannon, armoured vehicles, hand guns, automatic rifles, helicopters ferrying snipers and razor wire. Yet the judge offers the workers nothing, and the police and the bosses the equivalent of an amnesty.

Buried inside the commission’s recommendations for corrective measures – eg riot control training and the fitting of helicopters with cameras – is a recommendation that would be hilarious if it were not so callous. It suggests first aid training for all police officers. Presumably this is so that when police shoot down the defenceless, they should attend to their victims themselves.

The reality is that the police left them there to die for a full hour, barring emergency vehicles from attending to the wounded. The commission could find ‘only’ one person that might have survived the hour the police waited while they contaminated the scene and planted weapons next to dead bodies.

The first burst of gunfire, which was captured by the world’s television cameras and claimed the lives of 17 miners in eight seconds, occurred after workers, realising that they were about to be massacred, were led down the hill by the ‘Man in the Green Blanket’, Mgcineni Nkokeni.

After observing the aggressive manner of the police deployment, Nkokeni (one of the workers) advised it was better to avoid bloodshed, descend the hill and return to the squatter camp where they lived. The workers were instead ‘kettled’ with razor wire and driven in the direction of the waiting police who gunned them down.

Fifteen minutes later, workers fled up the hill to hide between rocks and under bushes. The police had scant regard for standing orders that require warnings before the use of live ammunition and for the lower body to be targeted.

Families of the victims have understandably reacted with outrage and cynicism at the report. What confidence can they have in a police force whose initial reaction to the massacre was to arrest and charge the survivors with the murder of their comrades? 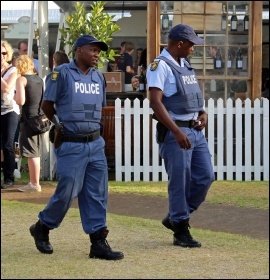 There was a conspiracy reaching to the tops of the police senior command structures to cover up by planting and manipulating evidence at the scene and doctoring the video tapes. Written and taped minutes of police planning meetings were concealed and false testimony given to the commission. Yet the commission failed to recommend perjury charges against senior police.

The elaborate efforts by the state to cover up the Marikana massacre, of which the Farlam Commission is but the latest attempt, will in all likelihood succeed in shielding the government, Lonmin, and particularly the ministers at the heart of the operations to crush the strike.

What the establishment will not be able to prevent, however, is the political fall-out from the massacre. Marikana was far more than a simple labour dispute ‘tragically’ mishandled. It was a political earthquake, the after-shocks of which continue to rock the political establishment. The latest development of this is the South African Communist Party’s (SACP) renunciation of Zuma.

From the onset, the strategists of the ruling class understood that this was no ordinary strike over wages (although, they did consider the demand for a R12,500 minimum wage outlandish).

Often socialists come to the same conclusion as the strategists of capitalism, but from the opposite class standpoint. The Democratic Socialist Movement (DSM – CWI South Africa), co-founders of the Workers and Socialist Party, was the only left force to intervene in these tumultuous events.

DSM had been present in Rustenburg for three years before Marikana, anticipating that the chain of working class illusions in the post-apartheid system would break at its strongest link – the Nation Union of Mineworkers (NUM). At that time the NUM was the biggest, richest and politically most influential of Cosatu’s (trade union federation) affiliates.

We understood that the mining industry, despite its relative decline in the share of the country’s GDP, was historically the economic and political backbone of South African capitalism.

We understood the importance of the fact that the strike of the Lonmin workers was led by an independent strike committee.

It was a rebellion not only against the exploitation in an industry in which it would take the average mine worker 300 years to earn what a CEO earns in one year, but also against the NUM.

It was an expression of the realisation that the NUM had degenerated into collaborators with the mining bosses.

Because the NUM was the powerhouse of Cosatu, and because Cosatu in turn was the most important ally of the African National Congress (ANC) government in the Tripartite Alliance with the ANC and SACP, this was in reality an unarmed political uprising against the entire political establishment.

The Lonmin workers were not alone in realising the treachery of the NUM. Across the Rustenburg mining belt, workers had established independent strike committees. Far from crushing the strike, the Marikana massacre provoked a movement that spread into the mining industry as a whole.

The DSM-initiated Rustenburg-wide Joint Strike Coordinating Committee developed into the National Strike Committee. At its height it led a strike of over 100,000 workers in the mining industry, inspiring also a strike of farm workers.

By the end of that year, the decision was made between DSM and a number of the strike committees to launch the Workers and Socialist Party (WASP), which we did in 2013.

The first aftershock of the Marikana earthquake was another major split in the ANC – the second in five years.

Although Numsa, regrettably, did not heed WASP’s call for it to support our election campaign, our decision to stand in the elections had placed the question of socialism in the political mainstream.

Cosatu reacted to Numsa’s decision by expelling it. Cosatu, at one time the most powerful, militant and radical trade union federation on the African continent, has now all but disintegrated.

The Tripartite Alliance has been left in ruins by the Marikana earthquake. The way has now been cleared for the development of a mass workers’ party.