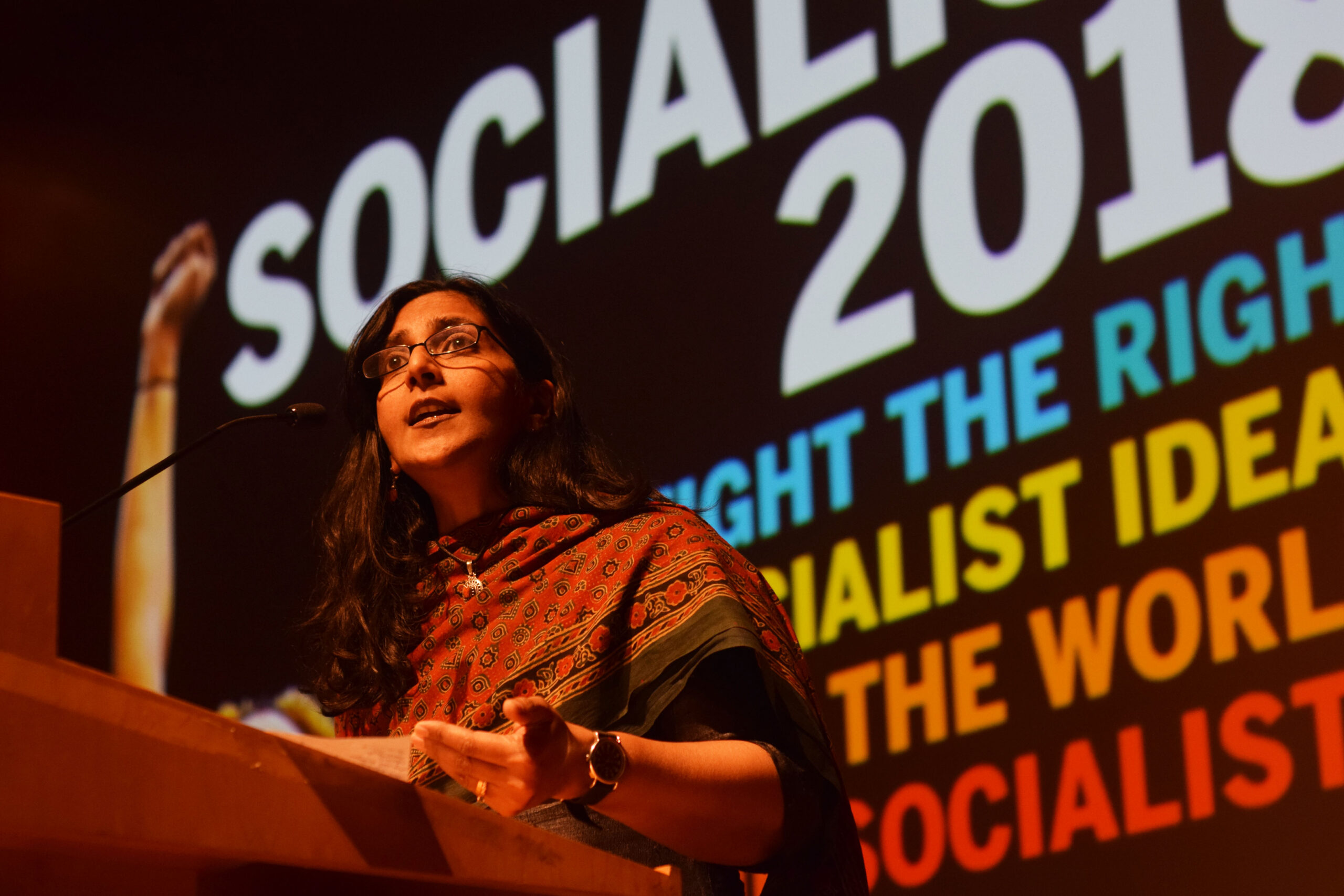 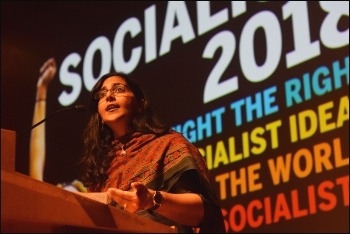 Kshama Sawant, a member of Socialist Alternative (co-thinkers of the Socialist Party in the US) won almost 50% of the vote in a Seattle City Council primary on 4 August. She was standing to defend the seat she won in 2013 as the first open socialist elected to a council in a major urban area in decades.

Kshama was a full 15 percentage points ahead of her nearest opponent, Pamela Banks, in a field of five candidates in her district.

This result is a confirmation of the support among ordinary people in Seattle for Kshama’s work on the council over the past 19 months.

Most importantly, she played a critical role in winning the first $15 minimum wage ordinance in a major city.

She used her position to help build, with union support, a grass roots movement, 15 Now, which has spread to cities across the country.

After many other battles, Kshama is now leading the struggle for rent control and building high-quality public housing to address the massive affordability crisis in the city.

Recently 1,000 people packed a town hall meeting to hear Kshama in a debate with a developer lobbyist and a politician supporting the developers.

That such a debate is taking place at all is a measure of the political shift that has been created by having a voice on the council for the struggles of working people.

Kshama’s excellent vote came in a challenging primary environment where the electorate tends to be older and wealthier than in a general election. Big business has been increasingly pouring money into the campaigns of Kshama’s opponents, particularly that of Pamela Banks.

The result reflects a ferocious campaign with 600 volunteers, who knocked on 30,000 doors and raised an incredible $265,000, not a single penny of which came from big business.

This result clearly gives Kshama an excellent platform going into the general election campaign. But there is no room for complacency. Big business is very likely to step up the attack and pour hundreds of thousands of dollars into this race.

It might seem incredible that so much corporate money would flow into one city council race, but big business is clear about what’s at stake.

They see the massive excitement created by the presidential campaign of Bernie Sanders, who has taken up the call for a national $15 minimum wage and who calls for a “political revolution” against the billionaire class.

There is a radicalisation under way in the US. Kshama’s fight for re-election is the fight of all progressives across the country.