Press statement from the Socialist Party 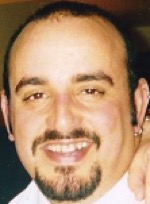 The news revealed on the Guardian website and the BBC website today that ‘Carlo Neri’, as we knew him, infiltrated the Socialist Party from 2001 to 2006 on behalf of the Metropolitan Police’s Special Demonstration Squad (SDS) is unfortunately not surprising.

It is very far from being the first such revelation. In 2013 Peter Francis revealed that he had also infiltrated Militant Labour (now the Socialist Party) on behalf of the SDS. Francis also admitted infiltrating Youth Against Racism in Europe (YRE), a democratic campaigning organisation of young people, in which we participated.

Further evidence of repeated attempts to spy on socialists was revealed in the 2002 BBC documentary ‘True Spies’ which showed that the West Midlands police were involved in spying on Socialist Party member Dave Nellist, at the time a Labour MP.

“This is the latest in a litany of scandals showing that the police have used their resources to infiltrate democratic left-wing organisations. One of the key campaigns of YRE was for justice for Stephen Lawrence. It took 18 years for the police to convict any of his murderers, but we now find they were spending resources spying on anti-racist campaigners, including disgustingly trying to find ‘dirt’ on the bereaved Lawrence family.

“In the process they have caused untold distress to families whose dead children’s names were used by undercover officers, and to women who formed relationships with men who, unknown to them, were actually undercover police officers.

“There was no purpose to infiltrating YRE or Militant Labour. Far from being secretive we publicly advertised our events – the police could have read our leaflets and newspapers, or attended our public meetings, to find out what was going on.”

“As the revelations of police spying have mounted, the government has been forced to respond by setting up the Pitchford Inquiry to investigate police spying. This is welcome, but not enough.

“Lord Pitchford’s inquiry will need to get behind the attempts that will be made to disguise the reality of what has taken place. Undercover officers spying on a democratically-elected MP because he holds left-wing views cannot be justified. We demand the ‘undercover’ names of every police spy – that is the only way we can find out the full extent of what took place.

“We also demand that the Inquiry’s remit is extended to cover Scotland.

“But alongside Pitchford the labour and trade union movement should organise its own independent inquiry, made up of representatives from the trade union movement and the anti-racist and environmental protest groups that have suffered infiltration. Such an enquiry could go beyond investigating the role of the police, and also look at where the orders came from and the role of the government itself. 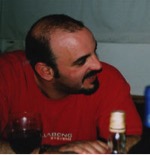 “We do not accept that infiltration, as the Metropolitan Police have implied, is a thing of the past. Surveillance of peaceful protesters has increased dramatically in the recent period. We demand to know what today’s ‘Carlo Neris’ are doing.

“Today a new generation are becoming involved in campaigns against austerity, racism and war. No amount of police infiltration will cut across this. But questions about whose interests the police act in, alongside demands for them to be made democratically accountable, will be an important aspect of current and future campaigns.”

The Socialist Party is a campaigning, democratic organisation. Our members played a leading role on Liverpool Labour council in the 1980s when it defied Thatcher and refused to implement cuts, winning £60 million to spend on jobs and services in the city.

Socialist Party members were among the leaders of the struggle in the late 1980s and early 90s when 18 million people nationwide refused to pay the hated Poll Tax.

We fight against all attacks on the rights and living standards of working class people and stand for a socialist alternative.

For interviews with Dave, Lois, leading activists and any other information requests, please contact: