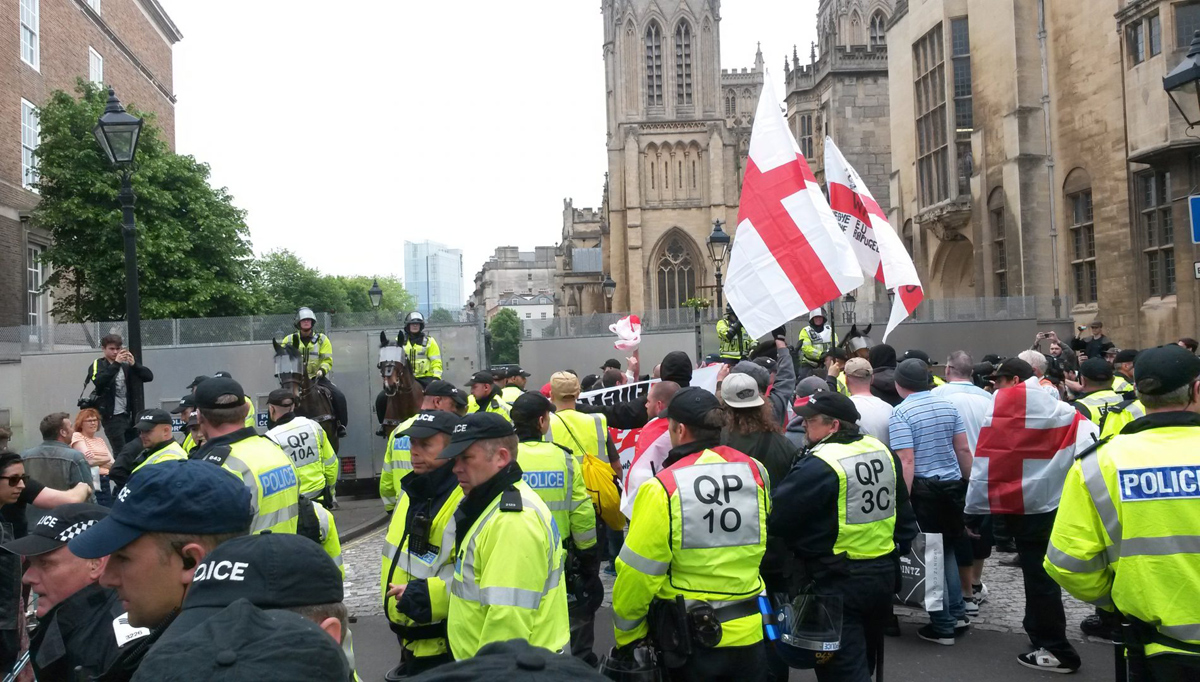 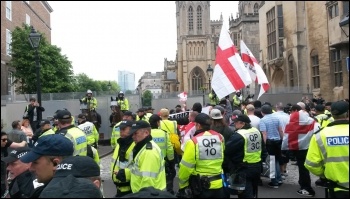 They were outnumbered by ten to one by anti-fascist counter-demonstrators, Socialist Party members were among them as we tried to prevent the fascists from marching, spreading their message of hate and posing a threat.

We also took part in a demonstration of 250 earlier in the day, opposing racism and supporting the rights of refugees.

The pathetic spectacle of the fascist demo would not have even been possible but for the extraordinary lengths the police went to protect them and allow them to march. The police spent £100,000 on the day, drawing support from surrounding forces.

Hundreds of police tried to prevent counter-demonstrators reaching the fascists. Police officers and vans surrounded the fascists to protect them while police dogs and horses were used to clear anti-fascists from blocking their path.

Questions must be asked of why the police did so much to help them march. They’ve never shown the same degree of willingness towards other demonstrations.

They’ve claimed in the past that they didn’t have the resources even to simply help manage traffic to help keep anti-cuts demonstrators safe.

As they left with chants of “Nazi scum – off our streets!” still ringing in their ears, the ‘Infidels’ must have known they’re not welcome in Bristol.

However we will remain vigilant for any attempts to return and will make sure the anti-fascist and workers’ movements in Bristol are as well organised as possible to drive them away.

Socialist Party members also took part in a 200-strong anti-fascist counter demonstration in Nottingham against the ‘Patriots against Islam’ fascist group on 11 June. The group, numbering around 20 were humiliated as they tried to march, eventually being bussed away by their police escort to the train station. The heavy police presence kettled part of the counter demonstration, arresting two people.