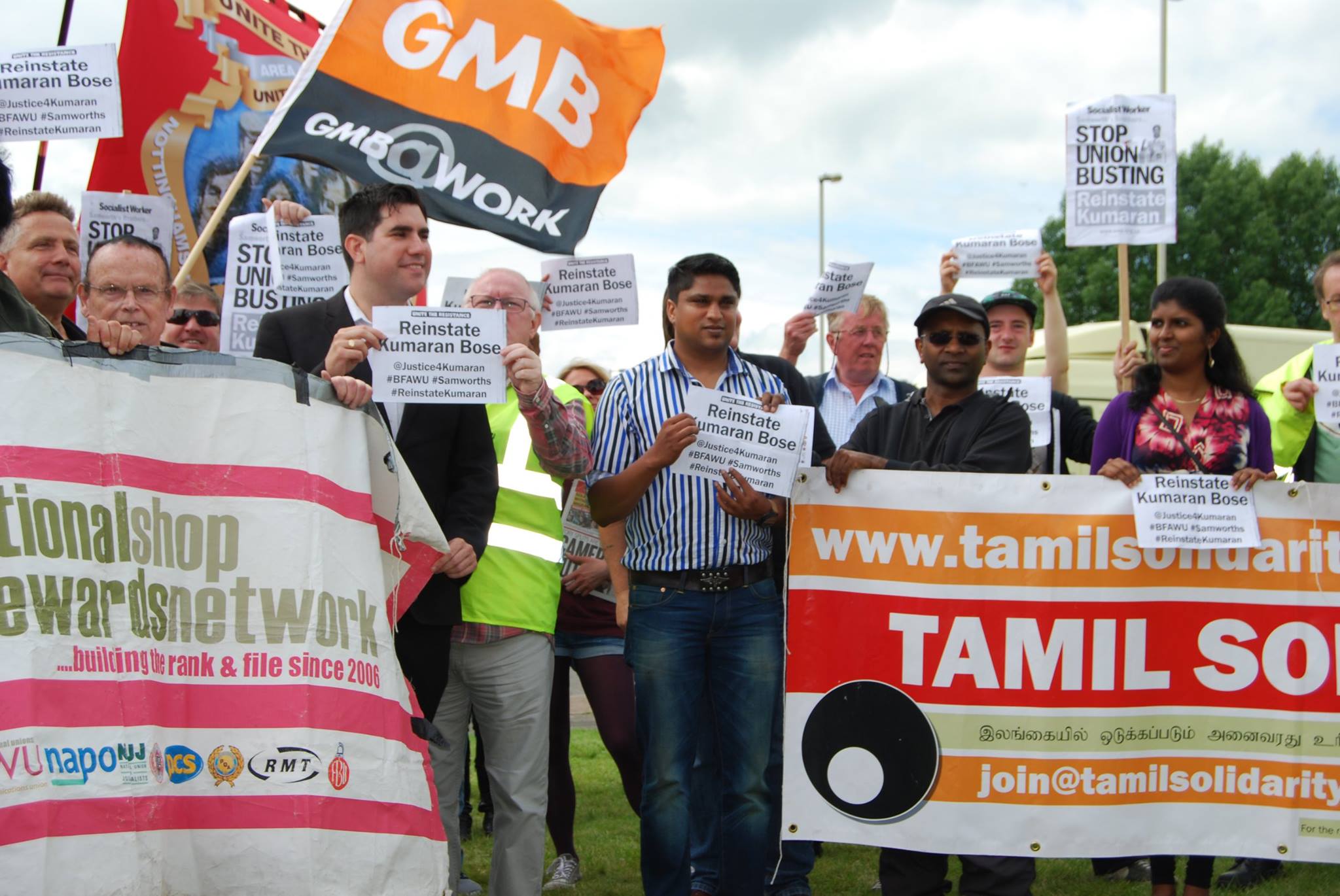 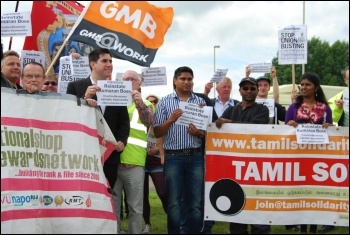 Over a hundred campaigners and trade union activists paid a defiant visit to the headquarters of Samworth Brothers, a bullying penny-pinching company that has sacked BFAWU bakers’ union rep Kumaran Bose.

As at other food manufacturers, since the introduction of the National Living Wage the company has been attempting to cut premiums to alleviate the cost and Bose’s only crime is to fight these attacks by recruiting workers to the union.

A wide variety of representatives from different unions and groups attended the protest and united to demand his reinstatement. Greetings of solidarity were brought by the National Shop Stewards Network, Leicester and Districts Trades Council, Unite the Union, Unite Community, the National Union of Teachers, GMB, Tamil Solidarity, the Socialist Party and others.

The protest was attended by a minibus full of BFAWU members and workers from Pennine Foods in Sheffield who recently struck and won against cuts to premiums.

Notable absentees however were Leicester’s three Labour MPs, Jon Ashworth, Liz Kendall, and Keith Vaz. All three were invited to attend, and all gave their insincere apologies.

Speaking in defence of Kumaran, BFAWU Ronnie Draper said: “Believe it or not he is not a troublemaker, this is a guy who had the courage of his convictions to stand up against an oppressive employer. And this company is nothing but an oppressive employer. They are seeking to deny trade union recognition when we’ve got 50% or more of the people in the union already.”

National Shop Stewards Network chair, Rob Williams, observed how employers like Samworth “see trade union rights as an illness, or as an infection” they hate any attempt by workers to unite to fight back against their toxic bullying bosses.

“We are not going to let the likes of Samworth Brothers stop us from building trade unions,” Rob continued. “We have to do whatever it takes to get Kumaran’s job back.”