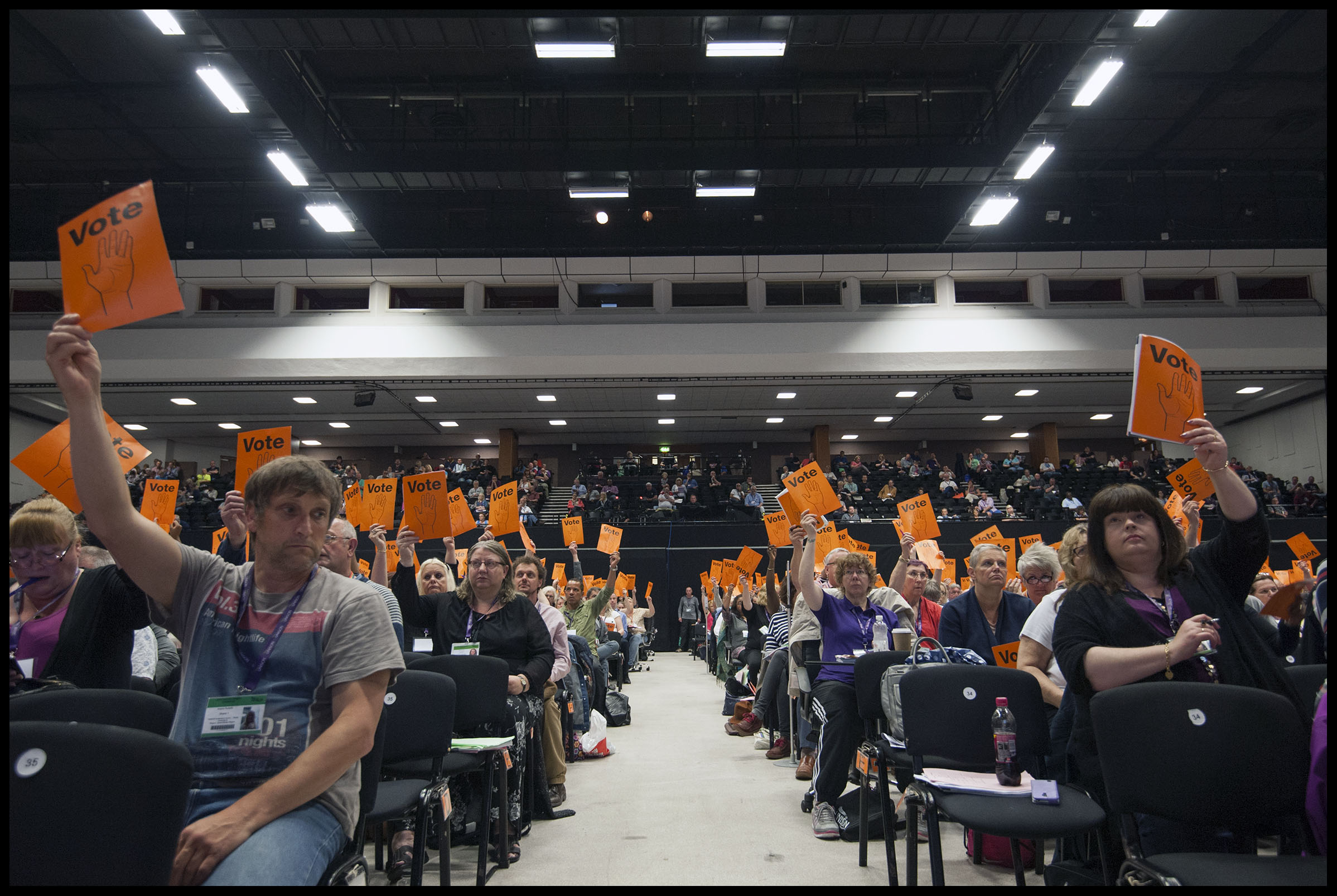 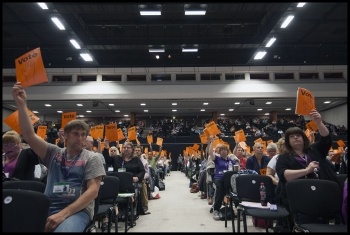 On its final day the conference was rocked by the Brexit result and subsequent resignation of Cameron. Many delegates entering the conference on 24 June were either jubilant or confused following the announcement but that mood was not matched by the right-wing leadership of Unison.

Socialist Party member Brian Debus moved that the conference business be suspended to discuss the referendum result. This was rejected and a downbeat statement from general secretary Dave Prentis was read out. Later, Mark Evans from Carmarthenshire local government branch said: “The best defence is collective action. The union should be demanding a general election now to lift the confidence of all the members”

Conference also debated and passed a number of important motions such as defending migrants and opposing racism, branch funding, attacks on facility time, bringing privatised local services back under the control of councils as well as combating poverty.

On branch funding the leadership got away with passing a regressive proposal that limits branch decisions on future budgets, and stopped another motion that would have increased branch funding

A particularly intense debate took place around the motion on ‘fairer taxation and the future funding of our public services’. The leadership, and even those who consider themselves on the socialist left, limited themselves to calls for higher taxation on the wealthy to fund public services. An amendment moved by Coventry branch called for the nationalisation of the banks under democratic workers’ control.

This was opposed by the leadership with a platform speaker from the executive calling the amendment “unrealistic”. Replying to these attacks, Steve North from Salford local government branch, argued that although he supported any reform that improved the lives of working class people, the trade union movement should never be content to settle for a few crumbs thrown from the bosses’ table. The job of the union is to raise the members’ sights.

Although the amendment was lost, a significant minority of delegates voted in favour, fertile ground for future arguments in favour of socialist policies.

The most important discussion took place outside the conference venue on 21 June. 400 delegates and visitors gathered for a meeting to launch a new organisation dedicated to changing the leadership and direction of the union. Unison has seen many such meetings in the past, however this meeting was the broadest one yet, bringing together all shades of opinion within the union that are opposed to the current leadership. In particular former supporters of Dave Prentis are now on board and playing a leading role.

In a powerful speech, North West regional convenor Paula Barker called for a change of direction from the union. Commenting on the passage of the recent trade union bill through Parliament she noted Tory Lords citing Unison approvingly as some benign force and asked how this could be possible? The case for change in the union was clear.

Glen Williams, the chair of the local government service group executive, publicly thanked the Socialist Party for reinitiating the left meeting. Paul Holmes a Labour left and a member of the SWP also spoke from the platform.

In his platform speech Roger Bannister said: “Socialist Party members are totally committed to this initiative. We have an opportunity to make Unison a union the government and employers think twice about attacking.”

At the conference and during the Socialist Party fringe meeting £1,275 fighting fund was raised with a further £250 still to come in and 174 copies of the Socialist were sold.