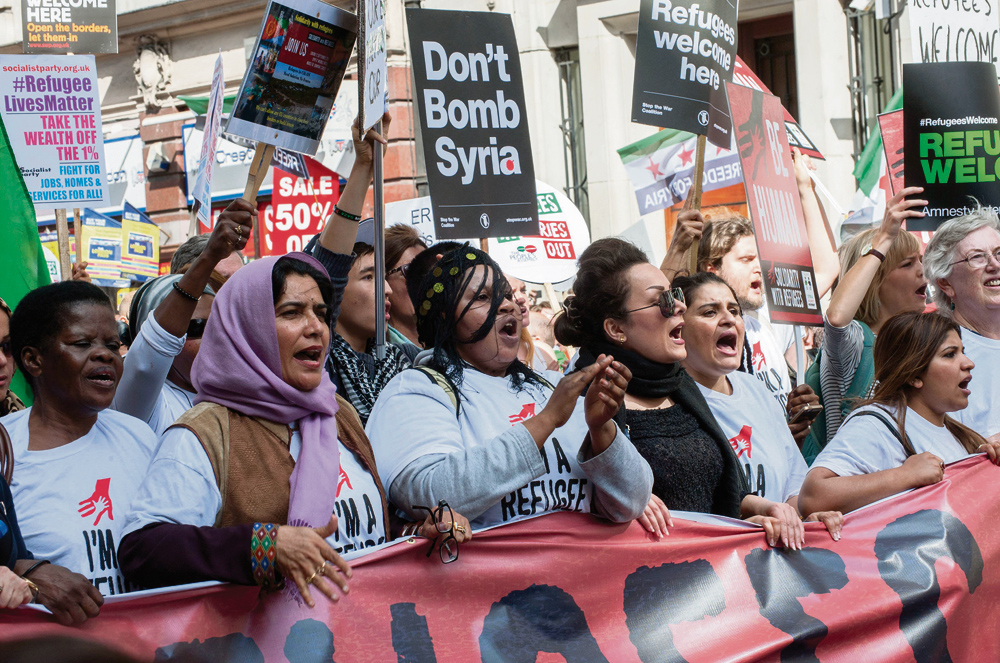 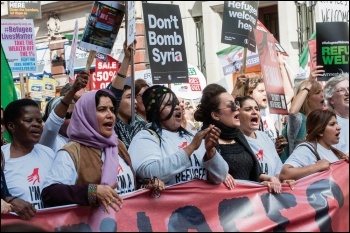 The play used actual stories of people affected by the war in Syria photo Paul Mattsson   (Click to enlarge: opens in new window)

If you’re looking for a comedy that’s whimsical and light-hearted, then maybe going to see the Nottingham-based ‘Bread & Roses’ theatre collective isn’t for you. This group of young socialist actors brings some heavyweight social commentary to major political subjects – in a way that will entertain you, while making you face the harsh realities of the world.

In an open mic night at the Running Horse they performed ‘In whose name?’, their piece about Syria, the refugee crisis and immigration. They threw some satire about the British political elite into the mix, as well as a call for unity in the face of divide-and-conquer tactics, and for a better society.

The style of their performance worked as a series of related sketches covering the topic, using actual stories of people affected by the war in Syria as a part of their material. But it was interspersed with comedy – such as two men from a “small fishing village” that’s “full of immigrants”, ending with “Benidorm’s changed a lot over the years.”

If you hear this group is performing anywhere nearby then I can’t recommend going enough. You’ll be thoroughly entertained, but also come out angry and determined to change the world.