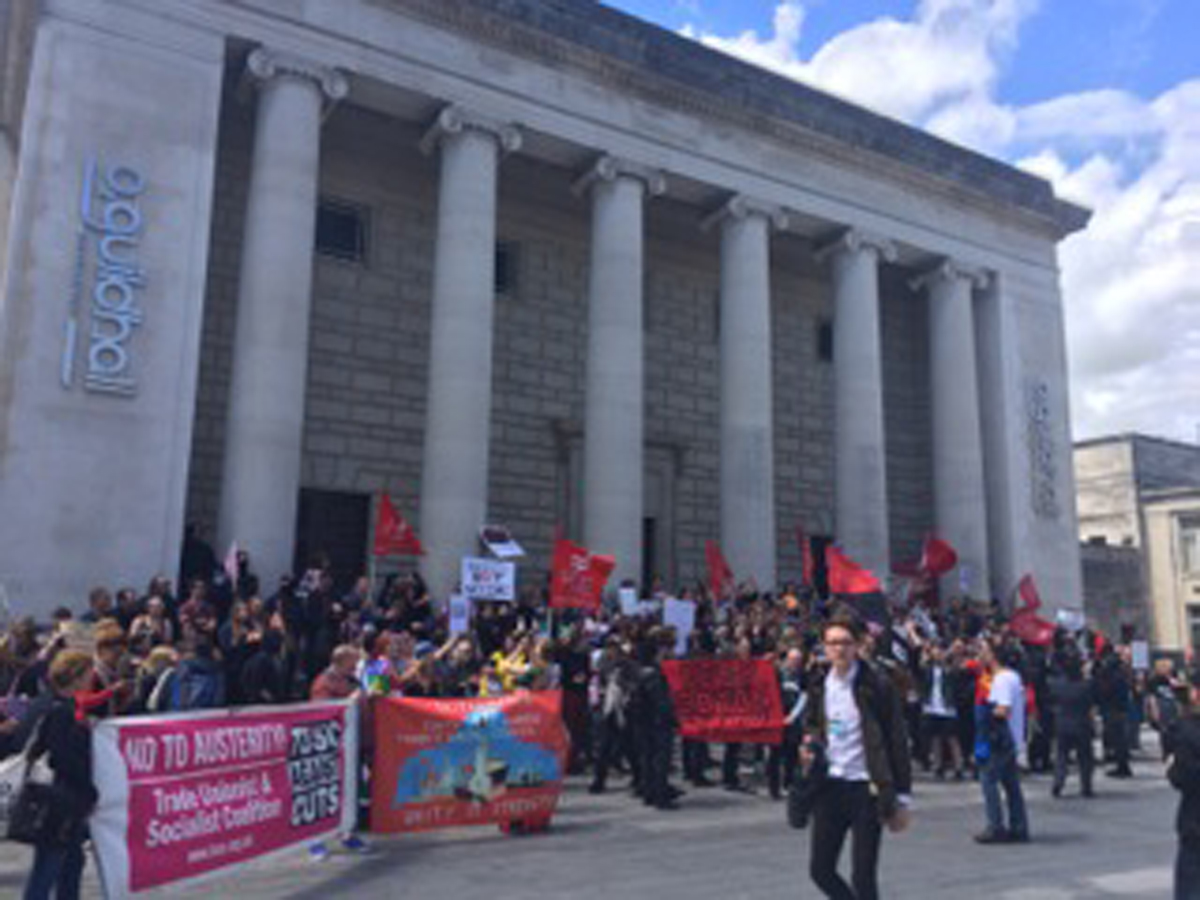 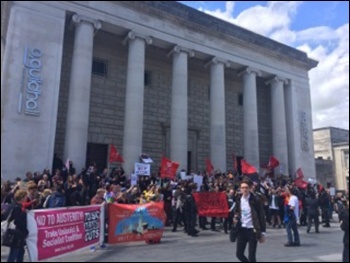 Demonstrating against fascists in Southampton, 2.7.16, photo by Soton SP   (Click to enlarge: opens in new window)

In response to a threat from fascist group South Coast Resistance to march under the slogan ‘Refugees not Welcome Here’, over a thousand counter demonstrators arrived at the assembly point by the Bargate in Southampton on 2 July, without a fascist in sight. Mobilised at short notice by a coalition of Southampton trade unions, anti-fascists, anti-austerity and refugee organisations, it was an excellent demonstration of the general mood to oppose the racism whipped up by the right-wing Remain and Leave EU referendum campaigns.

As protesters assembled, speakers opposed the threat of racism and fascists in the city and called for a united campaign to end austerity and to kick out the Tories.

Southampton has seen growing poverty from austerity policies with over 25% of children in poverty and 10,000 people on the council housing waiting list. It is these conditions which are the dangerous breeding ground for racist division.

It makes it more important than ever for Labour councils like Southampton to stand up to the Tory cuts and join the anti-austerity battle that Southampton anti-cuts councillors Keith Morrell and Don Thomas have built support for in the city. Both joined the rally at the Bargate.

Having seen off the fascists from their assembly point, we marched through the city to celebrate and promote our message – racists not welcome here!

The turnout is a reflection of the political turmoil post EU referendum, our stall was inundated with interest and discussion and many expressed an interest in attending our ‘Tories Out’ public meeting.