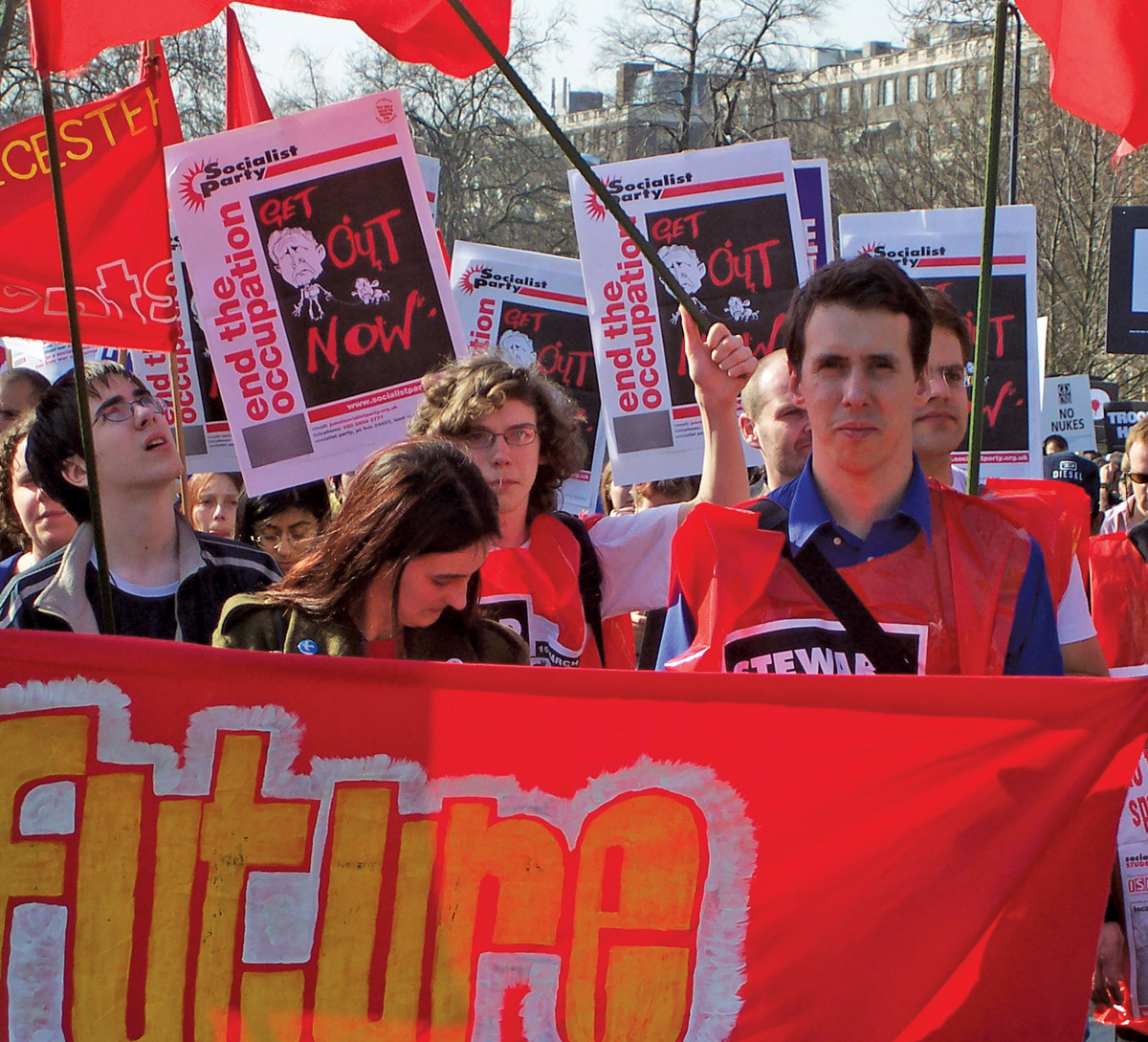 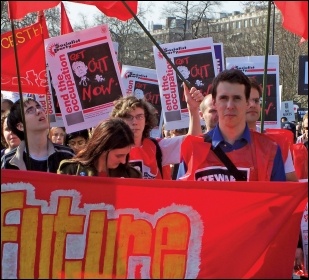 Socialist Party members marching against the occupation of Iraq, photo by Alison Hill   (Click to enlarge: opens in new window)

After seven and a half years, and costing millions of pounds, the Chilcot inquiry into the Blair government’s pre-invasion, invasion and occupation of Iraq is due to be published as the Socialist goes to press.

Most pundits are expecting only mild criticism of Tony Blair, if not a political whitewash – especially as he and others were shown the findings for comment prior to publication. Certainly there won’t be an invitation to prosecute the warmonger.

Much of the war correspondence between former US president George W Bush and Tony Blair has been redacted. During the inquiry proceedings it was pointed out that one panel member, the late Sir John Gilbert, had publicly supported the Iraq war!

Blair and his inner Labour acolytes, including Gordon Brown and former foreign secretary Jack Straw, should be in the dock for war crimes.

Their legacy is a bloody, sectarian Iraq, weakly governed by a corrupt clique, while much of the country today is ruled by the brutal jihadists of Isis. The recent suicide bombings in Baghdad in which hundreds died are a bloody and timely reminder of the consequences of Blair’s imperialist ambitions.

This is not some unfortunate consequence of ‘liberating’ Iraq as Blair continues to bleat. It was something clearly predictable at the time of the invasion in 2003, as the Socialist repeatedly warned.

By toppling the dictator Saddam Hussain – who the West had supported and bankrolled during the 1980s Iran-Iraq war – in the absence of a mass, united, working class Iraqi opposition, the inevitable result was a sectarian bloodbath, mass unemployment and crippling poverty.

This lesson was not learnt by Western governments. Instead they repeated it in Libya and Syria. These military interventions in turn contributed to the current refugee crisis, and exacerbated the capitalist political crisis in Europe.

And much of the billions of dollars of post-invasion investment to rebuild the country was siphoned off by profit-hungry Western contractors and corrupt Iraqi officials.

Millions of poor Iraqis have died, been injured and driven into exile as a result of the Iraq war. Blair and his cohorts have blood on their hands. Let’s put them on trial for their crimes.