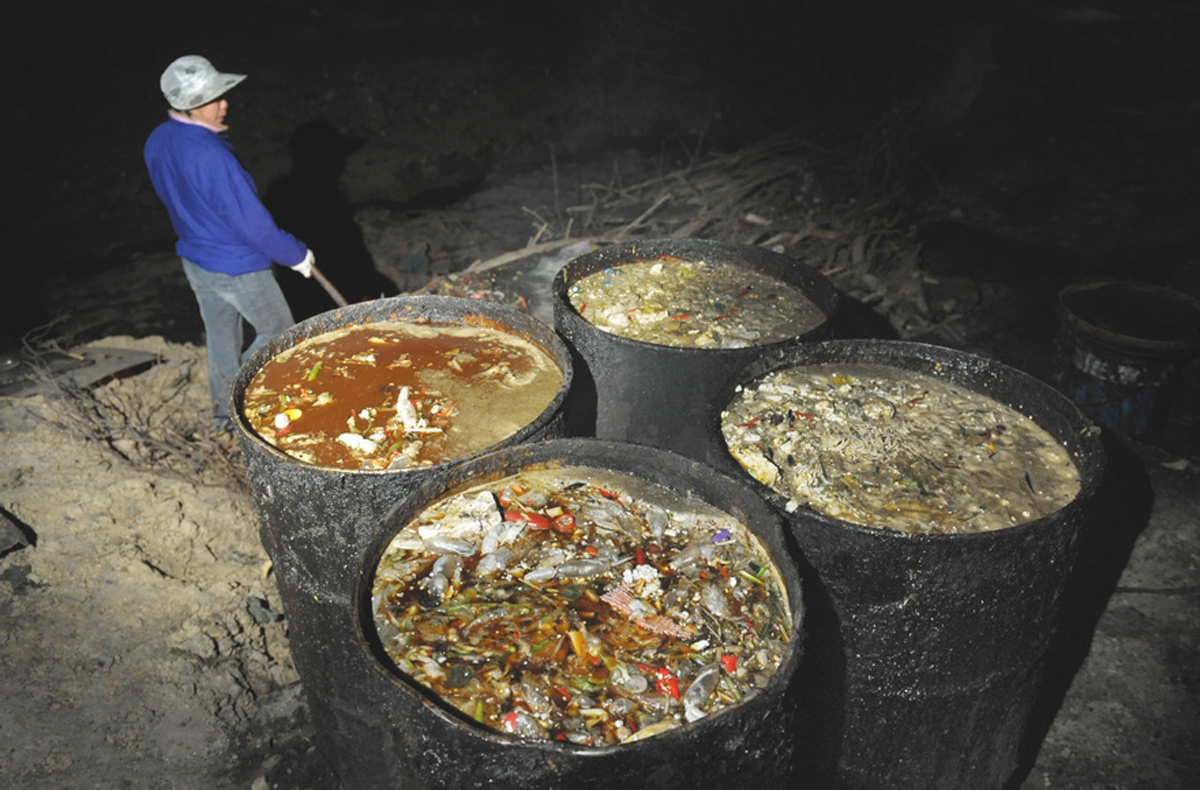 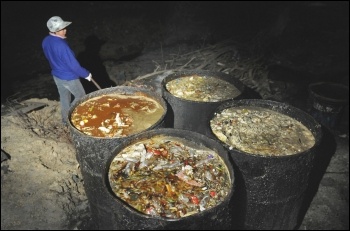 Millions of tonnes of food is destroyed unused every year by capitalism, photo by dgu163 (Creative Commons)   (Click to enlarge: opens in new window)

New figures that half of all food produced in the US is thrown away brings the question of the wastefulness of capitalism into sharp relief.

60 million tonnes of produce, worth $160 billion, is thrown away each year. It’s the single biggest category of waste sent to landfill and incinerators in the US.

But that is just what is thrown away upstream – by supermarkets and in homes. The report includes the suggestion from US food waste campaigns, that a fifth of all fruit and vegetables produced are wasted at source for not conforming to perfection standards.

In recent years in the UK groups such as The Real Junk Food Project, have established pay-as-you-feel cafes which take waste food from supermarkets that is still edible and serve cheap nutritious food.

In some areas this has been a big help to those facing benefit sanctions and the insecurity of zero-hour contracts. However, in Sheffield even this group has been unable to cope with the amount of some food waste, recently suspending bread collections.

While these projects make a material difference to people’s lives, they also highlight that the wastefulness of capitalism can only be overcome by challenging the logic of the system.

The driving logic is profit; to the extent that loss leaders in supermarkets are worth it if they take sales and profits away from competitors.

Production and distribution must be taken out of the hands of capitalist profiteers by nationalising the key industry sectors under democratic workers’ control and management. The industry could then be integrated into a democratic plan of production based on the needs of society as a whole.