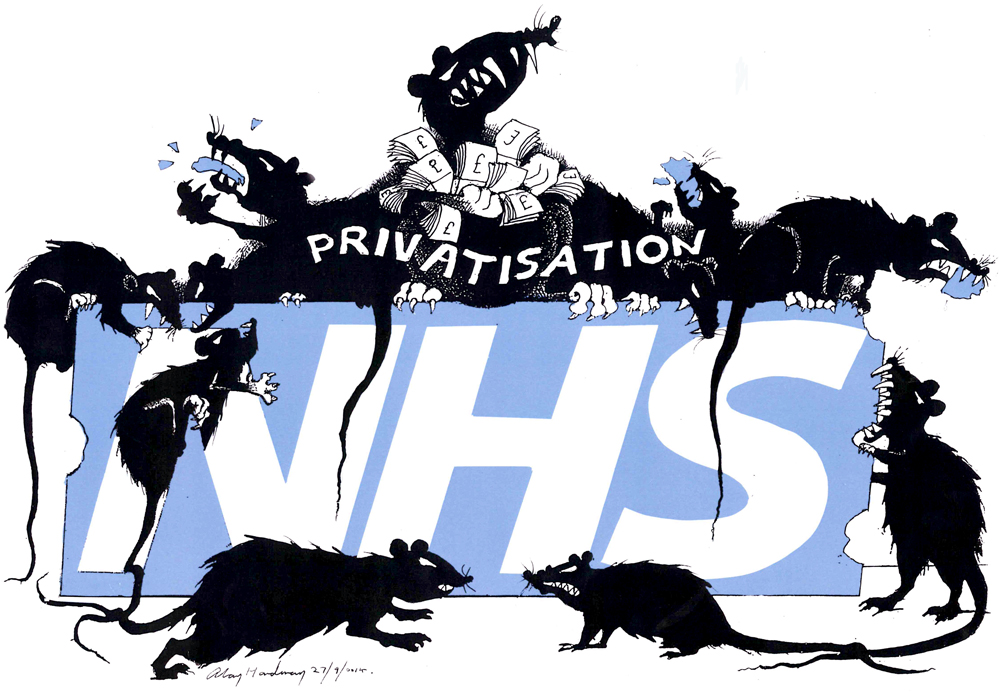 NHS bosses have said that the Tory government’s ‘seven-day NHS’ plan is “impossible” under current funding and staffing levels. The head of NHS Providers, the trade body for NHS trusts, has said cuts, charges or “draconian rationing” are the only possible outcomes.

The Tories claim their plans are fair, workable and sustainable, and junior doctors fighting back are the ones putting the NHS in danger. They also promised to ring-fence and even increase NHS funding. But 80% of hospitals in England are now in financial deficit – up from 5% just three years ago.

The Tories want to syphon cash directly out of the NHS and into the pockets of their private health company mates. Privatisation and low staffing levels are driving the NHS into a crisis. That’s exactly what the Tories want.

Rationing, turning some people away, charging for service. That would mean the end of the NHS as we know it.

But the Tories also fear a backlash. Last week Theresa May called in NHS leaders, telling them to hold off hospital mergers or closures that could spark local protests. Big campaigns are already developing in areas like Huddersfield, where Socialist Party members are playing a leading role.

The junior doctors have to win. The other health unions and entire workers’ movement need to unite behind them so they are not fighting alone.

The Trade Union Congress should call a march immediately to support the doctors and NHS, and use that to launch coordinated strikes against the government. We have to show we don’t believe the Tory lies – and we won’t let them destroy our NHS.