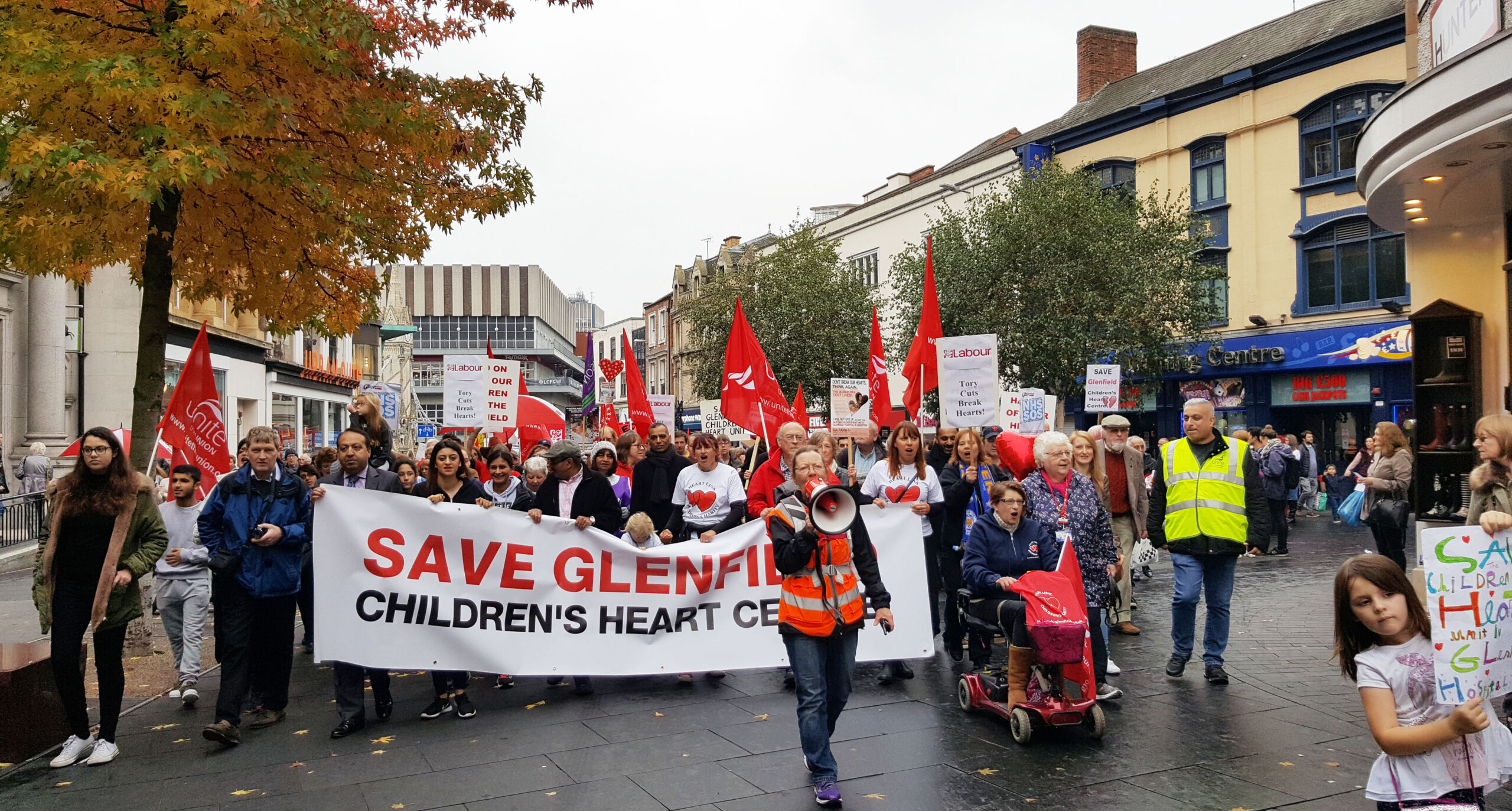 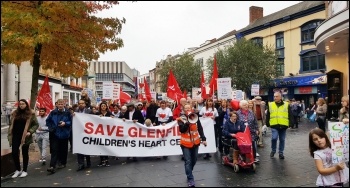 “The Glenfield unit didn’t save our hearts just so NHS England could break them”, said lifelong Glenfield patient Ria Pahwa, speaking at the protest against the proposed ending of children’s heart surgery there.

Over 1,000 people marched through Leicester on 29 October. The people of Leicester and the East Midlands saved it from closure three years ago and are determined to do so again. Alongside others in the campaign, Socialist Party members played a key role in its organisation.

The Unit, which serves a huge segment of the east of England, is under threat despite being on course to actually meet arbitrary targets set by NHS England. Its world-renowned ECMO unit (Extra Corporeal Membrane Oxygenation) is also at risk. Despite NHS England’s protestation that it isn’t about money, the context is the Tories’ £22 billion of NHS cuts. 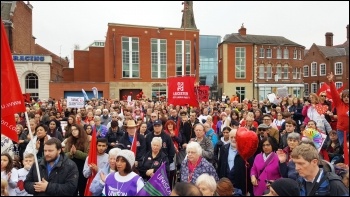 By the time the march set off, the crowd was well into four figures, and filled the city’s main roads with noise and colour, backed by honks of support from traffic and applause from shoppers.

After a well-organised but passionate march the more than 1,000-strong crowd gathered on Jubilee Square, where more speakers were heard from a stage and PA provided by Unite Health.

Socialist Party member Steve Score, whose son is a former patient of the Unit, led the speeches, describing Glenfield’s care as “excellent”, and expressing solidarity with other NHS services under threat of cuts, particularly sending support to the simultaneous protest over the closure of Grantham A&E.

Other speakers included consultant Aidan Bolger, who highlighted the scope and quality of care that would be lost should the unit close and lose its services to Birmingham or further afield. More Glenfield patients and families also spoke, including Unite Health national officer Sarah Carpenter.

The protesters were united behind one message – Glenfield must be saved, and the brutal cuts to our NHS must be stopped.