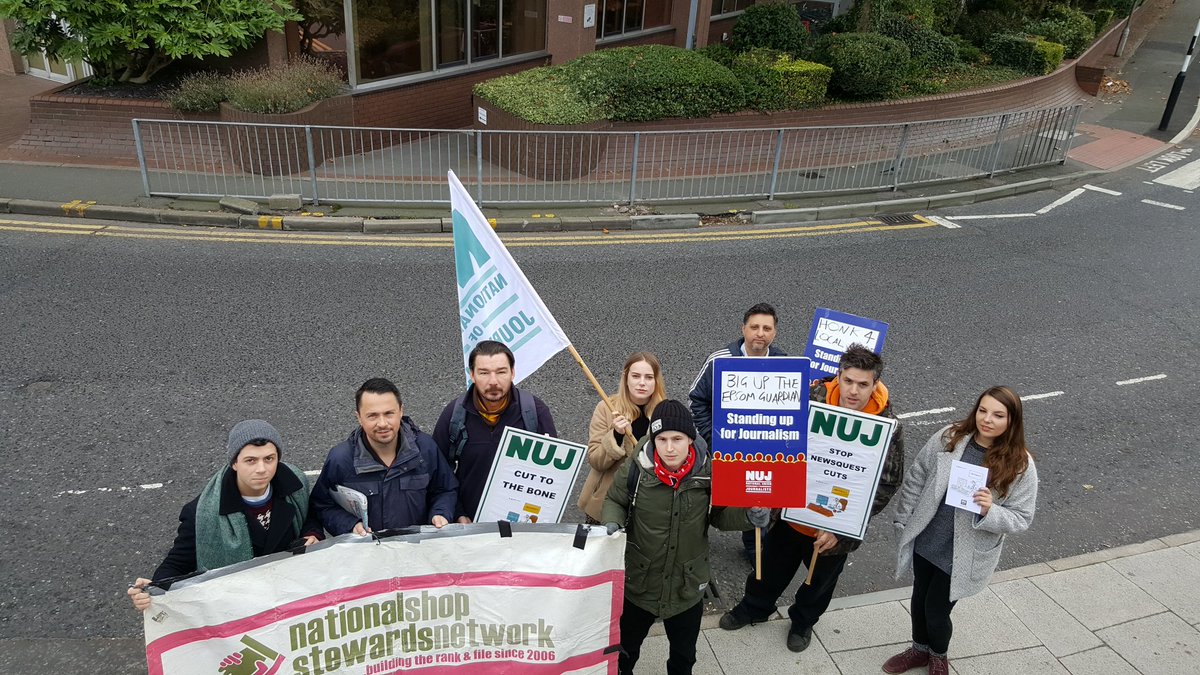 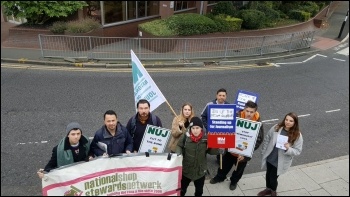 NUJ members working for Newsquest in South London were out on strike again on 25 October after voting to extend their strike by another five days. It is over a newsroom restructure that will result in 12 reporters covering news, sport and leisure across eleven newspapers and eight websites under a single content editor. Seven reporters have resigned over the plans.

The striking journalists outside the company’s Sutton HQ said: “We aren’t out here for more pay or better perks but because we have been cut to the extent that it’s impossible to do our jobs. Our office has basically halved since March. We aren’t able to do proper quality journalism and we were stretched before March! They don’t care that the quality will suffer.

“I heard somewhere that between 2003 and 2014 their profits have increased by 25% but by reducing staff by 50%. But once they do it here, they will roll it out throughout the country. They are refusing to talk to us – we just want them to negotiate properly with us.”

The initial action started on 13 October until 19 October and which has been followed by an indefinite work to rule.