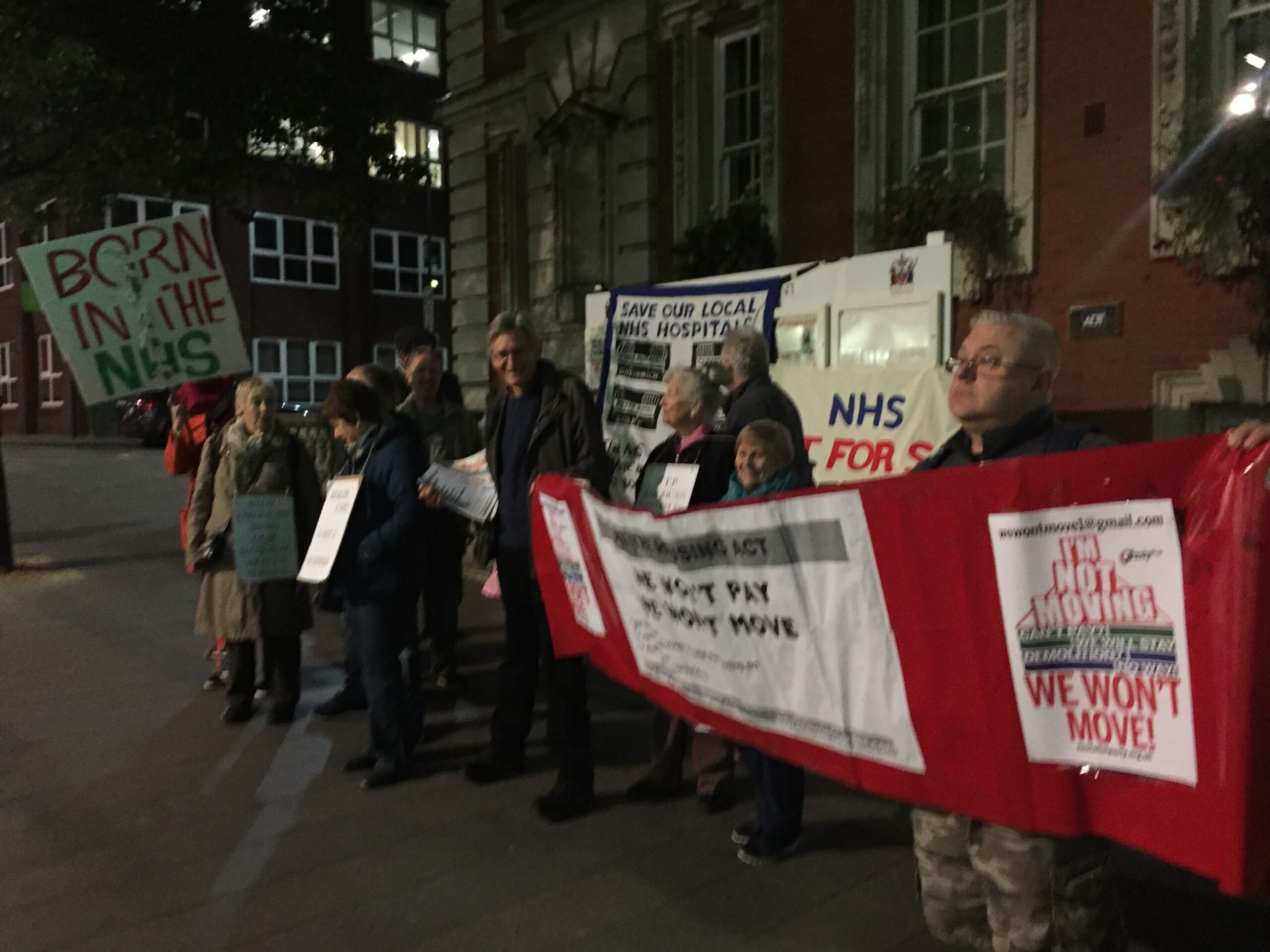 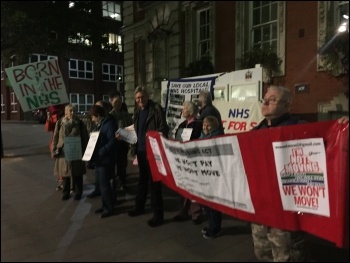 We Won’t Move campaigners, along with Socialist Party and local Unite activists, lobbied Greenwich council on 27 October against the tenant tax ‘pay to stay’ and the council’s lack of action in opposing the Housing Act. The lobby of the full council meeting was also joined by local NHS campaigners protesting against the proposed privatisation of services in Greenwich.

Beforehand it emerged that council residents in the borough had received notices from Savills, the estate agent, informing them that their council properties were to be surveyed by this less than reputable firm.

The campaign had applied before the meeting to ask questions in the chamber. These pushed the council on whether they would implement Labour Party policy and pause in carrying out the act to ‘consider the impact on council residents’. We also called on the council to follow the example of their counterparts in Islington.

In the north London borough, rather than a letter threatening rent increases council residents received a letter from the council inviting them to a public meeting informing residents that they would do what they could to not implement aspects of the act.

In the chamber I asked the council about the letters from Savills and why these surveys were not being carried out by council staff as they were in the past. On this point Averil Lekau, the councillor responsible for housing, point blank refused to answer.

In light of the unsatisfactory written answers we asked whether the council would call a meeting to actually organise opposition to the act. I said that a fight was needed with the council alongside its local residents to stop the Tories’ destruction of council housing. This got a big applause from others in the public gallery.

The campaign has clearly had some effect. Councillors in the chamber were on the defensive. The leader of the council has written personally to a member of the campaign asking what steps we think they should take. We will continue to fight to make the council stand up to the Tories and this act.

Next year the Labour Party will be selecting its local election candidates for 2018. We call on the movement around Jeremy Corbyn to do everything it can to get candidates selected who will fight for his anti-austerity policies. This includes opposing the housing act and building new council homes to end the housing crisis.