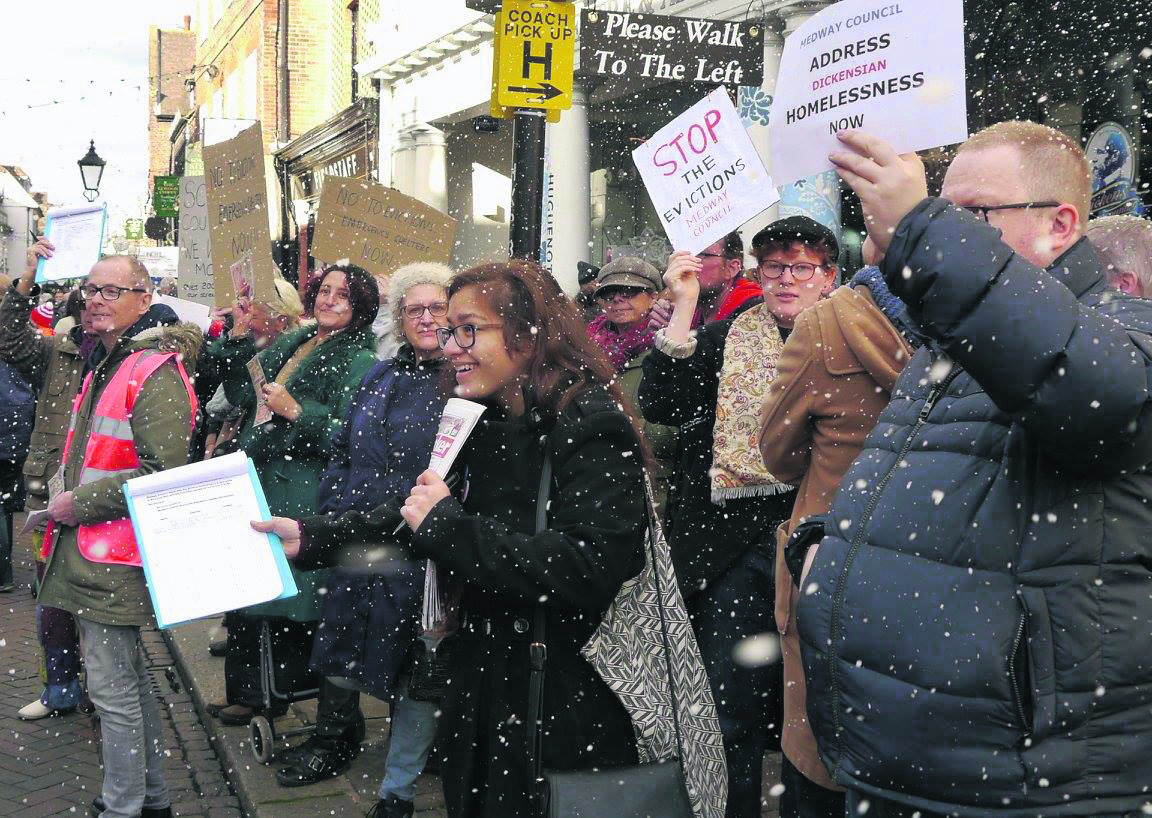 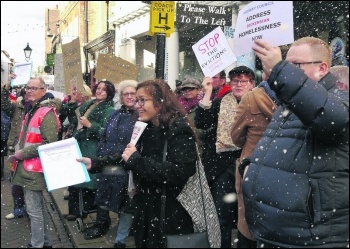 At the same time, 21st century poverty and homelessness go unnoticed with an estimated 200 people sleeping rough and many more ‘sofa surfing’ between insecure and sometimes dangerous arrangements.

Reality dawned at this years ‘Dickensian Christmas’ on 3 December, however, when Mayor Stuart Tranter was confronted by around 40 protesters from Medway Justice for Homeless People. The group, which was set up following the death of Samson Paine earlier this year, lined the streets of the main parade with a lively demonstration.

The protest made a huge impact, sited directly outside the historic ‘Six Poor Travellers House’ featured in one of Dickens’s novels and campaigners were overwhelmed with people wanting to sign our petition.