Southern Rail: back the strikes, nationalise the railways! 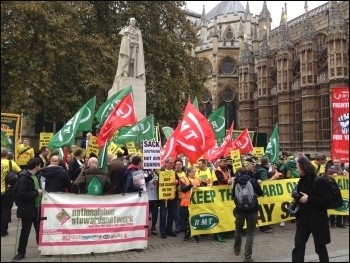 Members of train drivers' unions Aslef and RMT are taking three days of strike action on Southern Rail on 13, 14 and 16 December in the long-running dispute over the removal of guards. A High Court ruling refused an injunction to prevent the strike by Aslef - a ruling which Southern's owners have lodged an appeal against. A week-long walkout is also planned in January.