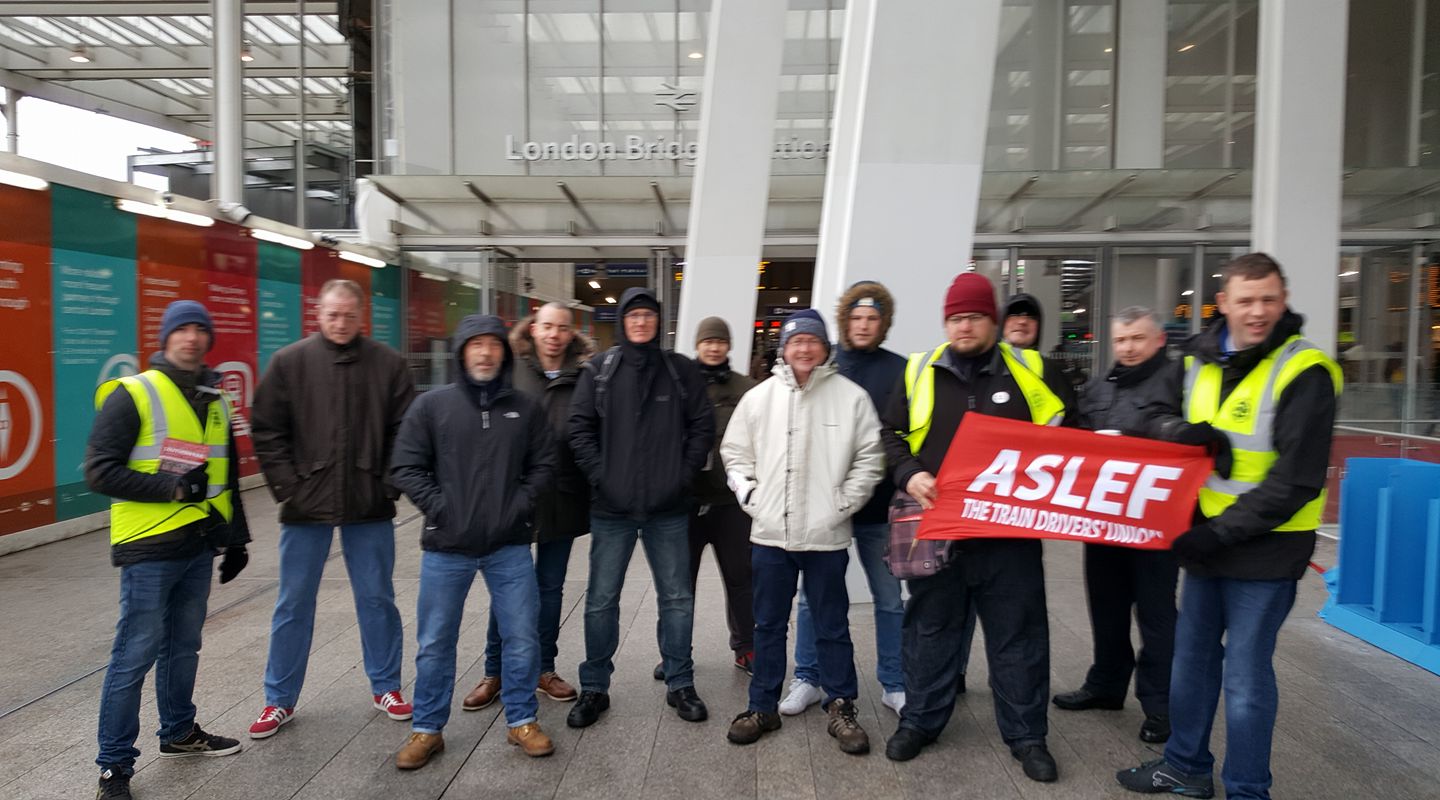 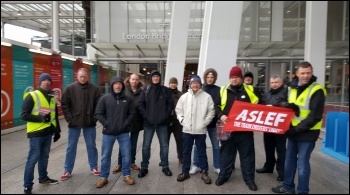 The Southern Rail strike continues on 23 January by trains guards and station staff in the RMT. This follows a second wave of action by Southern drivers in Aslef and RMT.

The action is part of the long running dispute and strike action over the removal of guards on Southern trains.

There were buoyant pickets of drivers at London Bridge station on 10, 11 and 13 January as they joined the action, wiping out almost all services. The union is also distributing images on leaflets and online showing the obstructed view drivers have of the platform, a view they would have to rely on if they are forced to operate doors if guards are removed. Far from just a dispute about who presses a button, this is about whether the service can be operated safely or not.

Another photo emerged of a passenger being dragged along a platform with her hand stuck in the door last summer on a service operated by drivers only.

The next wave of action by drivers has been called off for talks but Socialist Party members will show solidarity again during the next RMT strike date on 23 January.