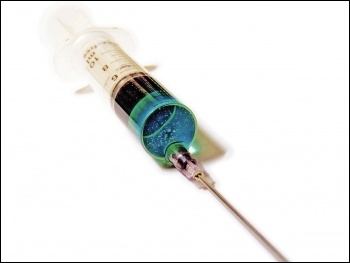 Manchester Keep Our NHS Public has responded to a report in the Financial Times that “local [NHS] leaders are offering leading drugmakers, including GlaxoSmithKline, AstraZeneca, Pfizer and Novartis, access to Greater Manchester’s sophisticated electronic patient record to test the real-world outcomes of their drugs”.

“It seems that Greater Manchester is being turned into a med-lab for big pharma and our sick and injured into unpaid guinea pigs. It’s not hard to see why: when our NHS is being handed over to the private companies then our patients will surely follow.

“And when we’ve not been asked whether we want our NHS privatised, it’s no surprise that we haven’t been consulted on our apparent new role as profit-feeding guinea pigs.

“The big question is where do Greater Manchester’s political leaders stand on this, not least Labour’s former health minister and mayoral front-runner Andy Burnham? We expect to see Mr Burnham and his colleagues joining us in condemnation of these plans and demanding their immediate withdrawal.”