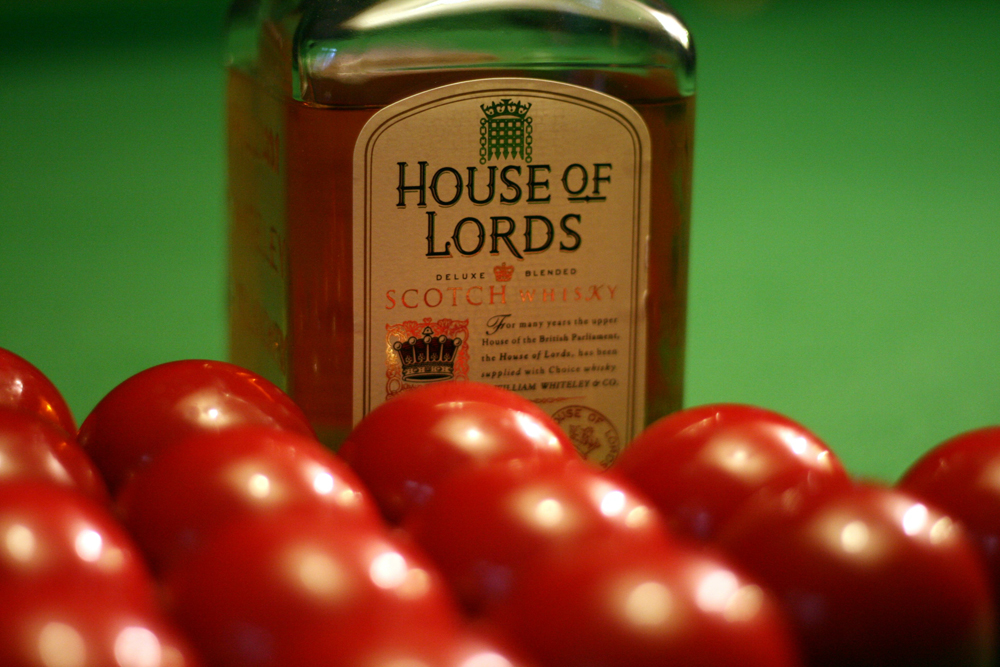 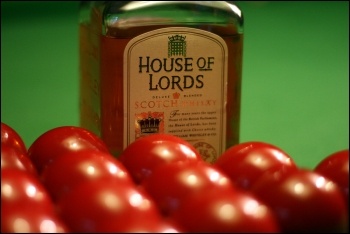 £300 just for turning up? Trebles all round! Photo comedy_nose (Creative Commons   (Click to enlarge: opens in new window)

There’s a byelection coming up on 21 March. There are 27 candidates, all hereditary peers, all men, and all very rich.

The only people who can vote in the election are… hereditary peers.

“The best day care centre for the elderly in London.” Probably an old joke about the House of Lords, but no harm in cracking it again.

Lord Taylor (Lib Dem, posh) was happy enough to play for laughs when he appeared in the new BBC2 programme ‘Meet the Lords’. But the House of Lords is not so much a joke – more a dangerous scandal.

OK, there’s quite a lot of parading about in comedy outfits, sitting around in comfy chairs and collecting £300 a day just for turning up.

But this bunch of old fogies, mostly men, actually gets to influence legislation.

The details of the Lords byelection candidates and their riches are pretty sickening, but no worse than some who allowed themselves to be shown on BBC2. One bloke – Lord Palmer – boasted he had the only silver staircase in Europe in his house. More ‘Mappin & Webb’ than ‘B&Q’.

Baroness D’Souza, a former speaker of the Lords, blew the gaff when declaring there were “many, many peers who contribute absolutely nothing, but who claim the full allowance.”

She also spoke of watching a peer keeping a taxi running outside while he popped in to sign on. Not much chance of him getting his benefits sanctioned.

Clearly this outfit needs abolishing. Not just because a load of rich people have found themselves a nice little earner at public expense.

But because – even though their powers to stop the Commons have been limited – they could still be used in the future against a government which actually tried to bring in measures to benefit the majority.

The Socialist Party isn’t too excited about the Lords byelection. But we do campaign for a democratically elected legislature, where representatives can be recalled from their seat at any time. And for them to receive no more than the average wage of a skilled worker.