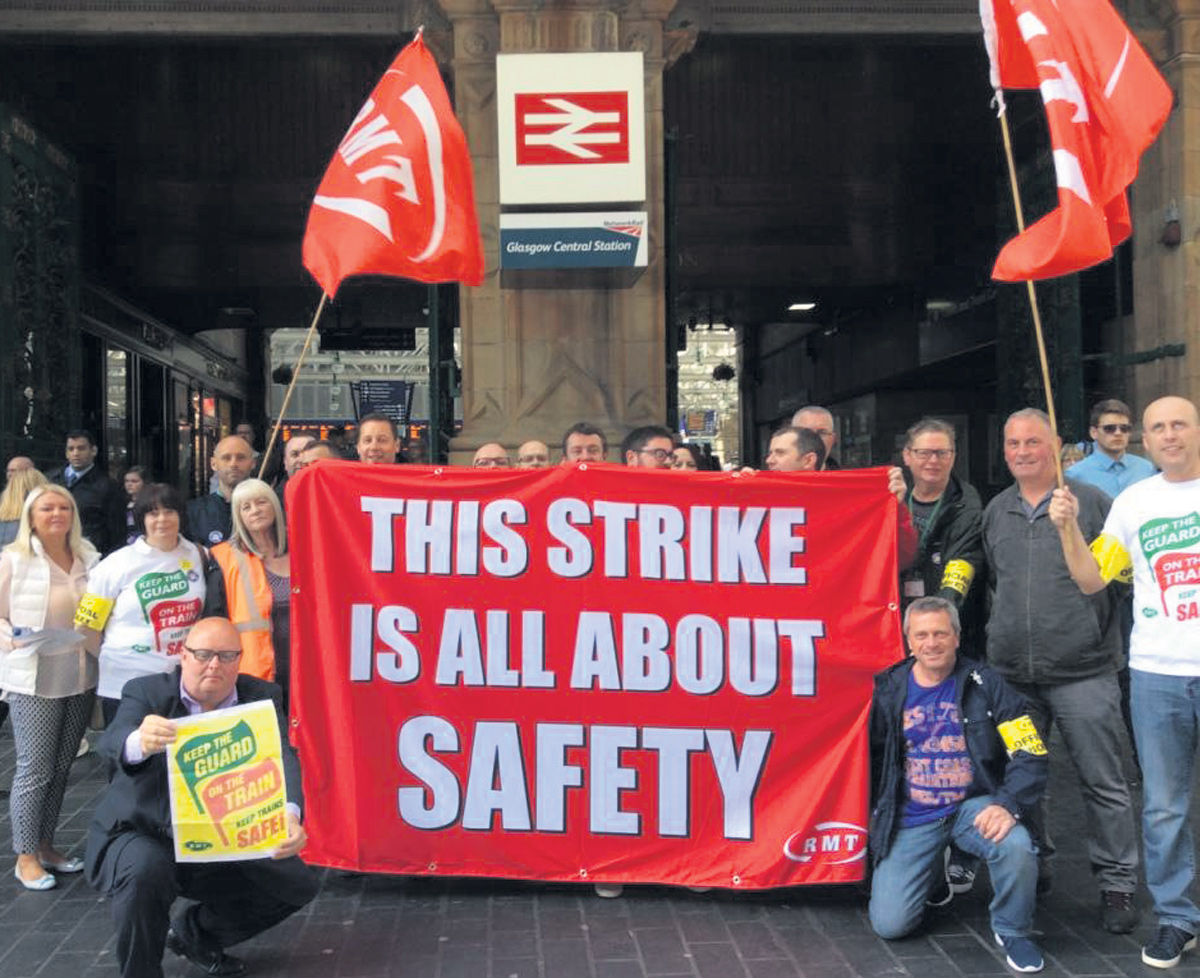 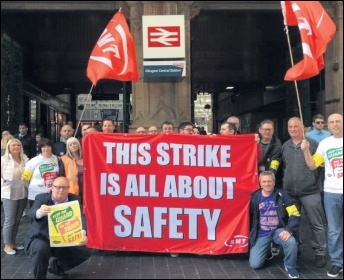 Over 2,000 workers across three rail networks took strike action on 13 March against driver-only operated (DOO) trains. The long-running dispute against the removal of guards on Southern Rail has spread to Northern Rail and Merseyrail.

Martin Zee, a Merseyrail train guard, is currently in court on trumped up charges facing a possible prison sentence, provoking the action there. Merseyrail itself intends to switch to DOO, as does Northern Rail.

The Northern Rail strike at Newcastle station was strong and in excellent spirits, reports South Tyne and Wear Socialist Party member Mick Joyce, with 25 pickets there.

There was much public support from passers-by and a visit from television cameras. RMT Newcastle steward Mick Robinson said the strike was “absolutely solid” in the North East with no evidence of scabbing. Mick went on to add that the strike was “about placing the safety of the public before profit”.

The police had earlier “visited the line in an effort to apply the new legislation following the Tories’ (anti) trade union bill“, however the strike committee was well prepared as all steps had been taken.

Three bought copies of the Socialist and offered solidarity to the Socialist Party and to members Mick represents in the lift and escalator industry.

Greg Price visited the Manchester Piccadilly picket line to show solidarity. A group of 15 to 20 strikers handed out leaflets telling it as it is.

Northern Rail wants to boost profits and compromise passenger safety by ending the guarantee of a guard on every train. The majority of the rail customers were sympathetic and took leaflets and asked questions.

One striker said: “If we don’t fight back the company will get rid of hundreds of guards and walk all over the remaining employees! We say no to DOO!”

In Leeds about 25 pickets covered the two entrances at Leeds Station, handing out thousands of leaflets to passengers, explaining why, on safety grounds, they had taken strike action.

Many members of the public stopped to offer support. Two national TV channels were there and union officials took the opportunity to explain how dangerous DOO trains are without the guards, who are trained in 35 different areas of safety competency.