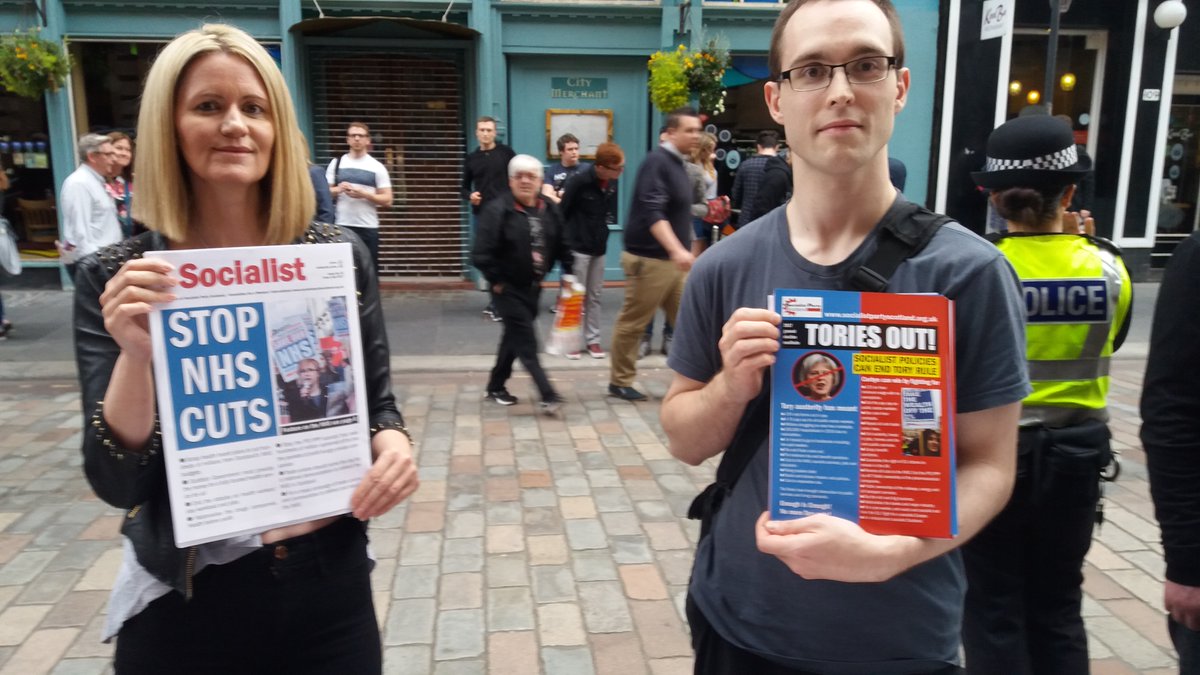 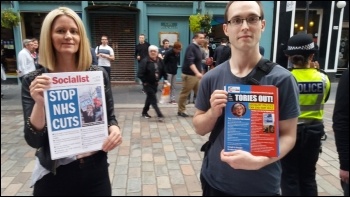 More than 1,200 people packed into the Old Fruitmarket in Glasgow to hear Jeremy Corbyn speak at a rally over the bank holiday weekend.

The turnout was the largest at a Corbyn rally in Scotland since his election as Labour leader. A broad section of Labour activists from all over the country were in attendance, plus other young people and workers enthused by the radical left policies in Corbyn’s manifesto.

The event was a Scottish Labour campaign rally but Socialist Party Scotland spoke to a number of people who are not Labour members and were involved in the 2014 independence campaign.

Some had supported the Scottish National Party (SNP) previously and feel pulled towards Corbyn as they are interested in socialist ideas and energised by his left programme. Nevertheless, this layer do disagree with, or at least are sceptical towards, Corbyn’s position on the question of independence.

The rally had an intensely electric atmosphere. There was a sense of urgency about getting rid of the Tories. The need to support Jeremy as a principled fighter against the establishment was vocalised by many attendees.

There was also a euphoric feeling among some Labour activists that such a large rally had taken place in Glasgow, a city where the SNP has made big electoral gains recently.

Christopher Rimicans, the 18-year-old Labour candidate for North Ayrshire and Arran, got huge applause when he began his speech by saying: “I am a socialist”. Christopher also made a call for a publicly owned rail network, an end to privatisation and profiteering, and taxation of the wealthy 1% in society.

Corbyn got massive applause when he said: “This is a historic opportunity to build the kind of society that transfers wealth and power to the many. We have committed to paying people a real living wage of £10 an hour; a policy that I know will benefit nearly half a million people in Scotland.

“We have vowed to ban zero-hours contracts; which will benefit nearly 60,000 Scottish workers who currently don’t know how much they will earn from one week to the next. That insecurity, it’s got to stop.”

Corbyn rightly attacked the SNP government for failing to use their financial powers to fight austerity and tax the rich. However as highlighted in Socialist Party Scotland’s material, Labour in councils in Scotland have implemented Tory cuts too.

Corbyn got loud cheers from sections of the audience when he attacked Nicola Sturgeon who is “more interested in another independence referendum than opposing austerity or standing up against the Tories”.

But it jarred with some. Many working class and young people who are generally sympathetic to Corbyn in Scotland still see independence as a possible way out of austerity and support the democratic right to a second referendum.

Socialist Party Scotland intervened with our new issue of the Socialist newspaper, leaflets and our socialist general election manifesto.

We received a very warm reception to our position of supporting Corbyn winning the election on socialist policies. We sold 55 copies of the Socialist and got details from young people who want more information on the party.