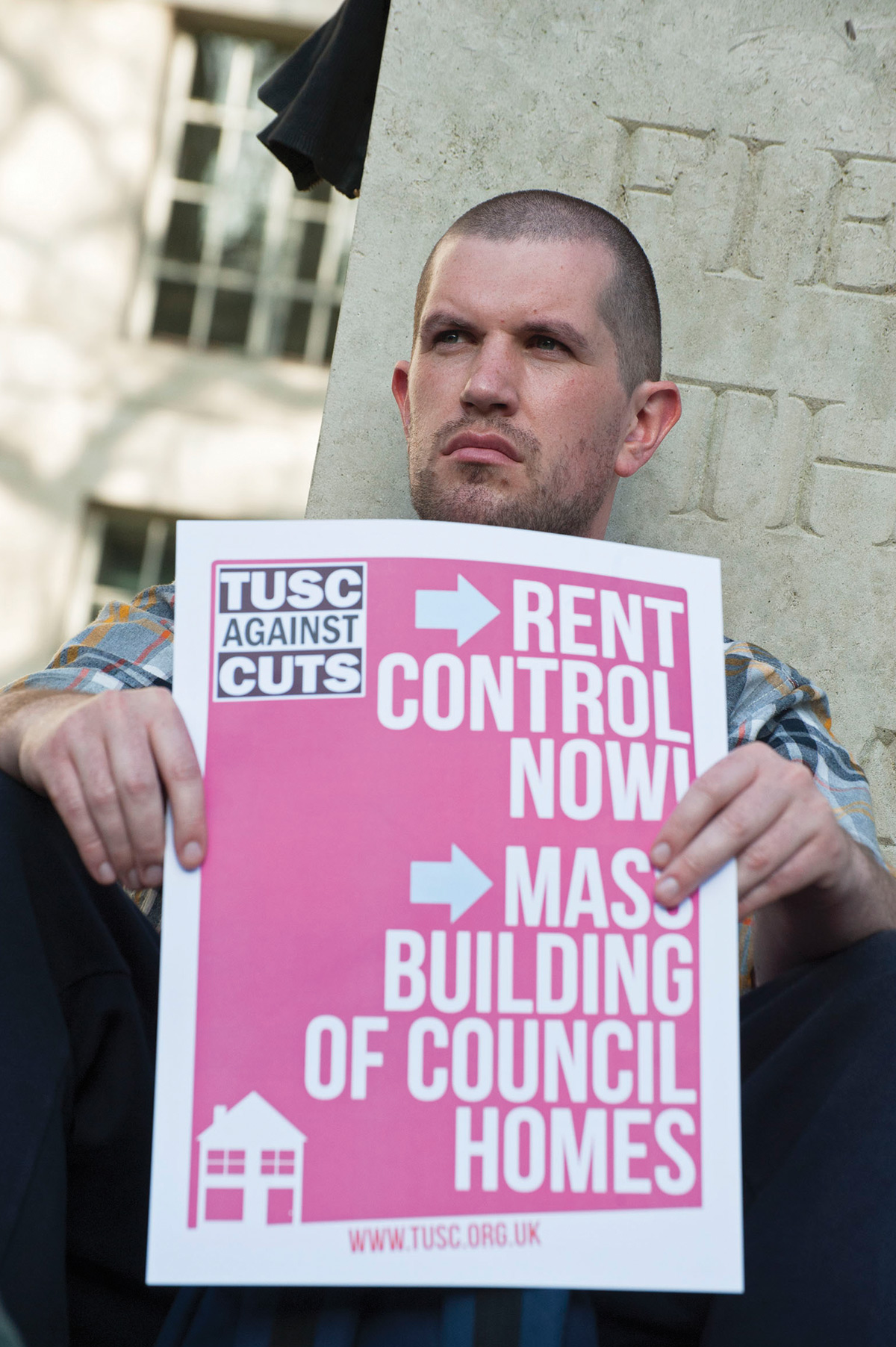 They show that low-earners have to work until lunchtime every day, or for 15 hours a week, just to pay rent on an average one-bedroom flat.

In London, where the housing crisis has reached breaking point, the numbers are worse. The average worker would have to give 78% of their wage to line their landlords’ pockets for a one-bed, working almost four days each week just to make rent.

In his manifesto, Jeremy Corbyn pledged to build a million new homes over the course of the next parliament, half of which were to be council and social homes. The Socialist Party supports this, while pushing for them all to be council homes.

These kinds of policies won him a massive proportion of the youth vote – showing the thirst for socialist policies among those hit hardest by Tory austerity and the bosses’ and landlords’ greed.

However, in light of the results of the general election, we must press further. May’s weak Tories faltered on housing during their election campaign, making a massive u-turn on a pledge to build council homes.

This was unsurprising – nearly 40% of Tory MPs in 2016 were supplementing their fat parliamentary salaries as landlords. We must fight for a massive programme of council house building, and against the sell-offs that formed the heart of the defunct Tory and Blairite housing policy.

The Socialist Party campaigns for a cap on rents, not benefits; an immediate £10 an hour minimum wage; lifetime tenancies; timely renovations and repairs instead of gentrifying ‘regeneration’; and for safe, secure, affordable housing for all.