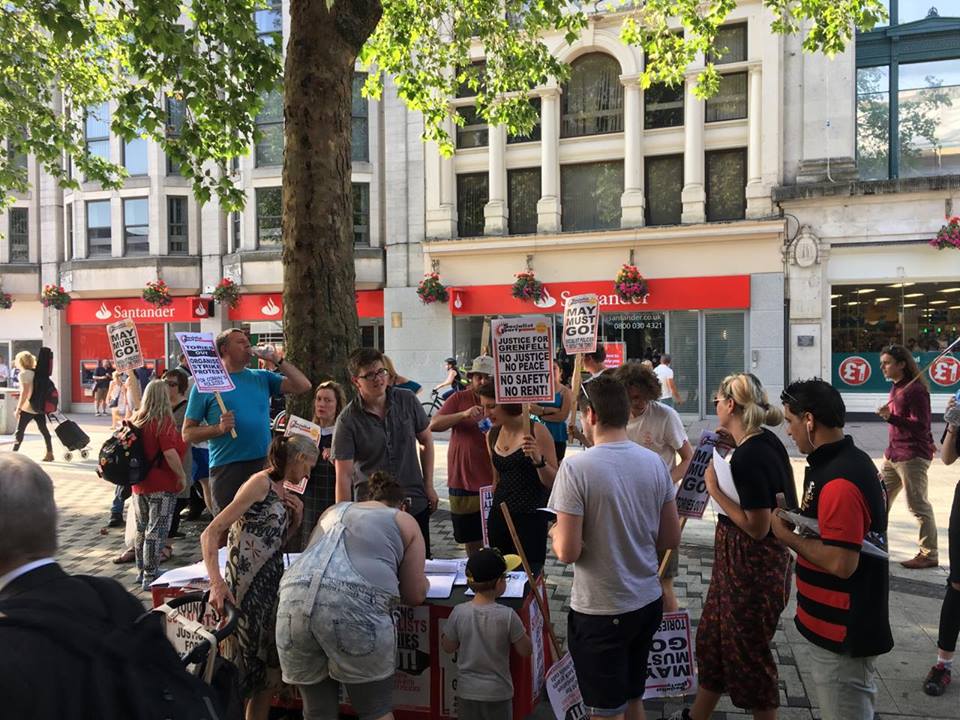 Cardiff: youth and workers unite in solidarity with Grenfell 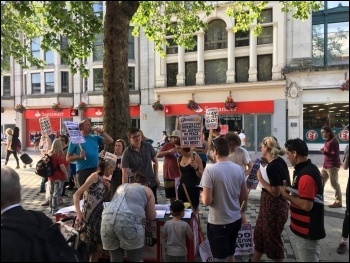 Local youth, workers and activists in Cardiff have been spurred into action by the horrifying and avoidable fire in Grenfell Tower in a stirring show of working-class solidarity.

The fire has been the primary topic of conversation with members of the public on campaign stalls, so the newly formed Cardiff Young Socialists organised a rally on 21 June on Queen Street to protest the horrible neglect and greed which had led to such a disaster. The rally was well attended with over 30 there and dozens more stopping to sign the petition and discuss the tragedy.

Cardiff Young Socialists has organised a benefit concert for those who have suffered as a result of Grenfell for 7 July at Gwdihŵ in Cardiff at 7.30pm. Up to 250 attendees are expected so it promises to be a raucous night with lots of funds raised in solidarity with all those touched by the disaster.

Cardiff Young Socialists’ first public meeting will be on the Monday after the gig at 7.30pm, 10 July at I’m Little Man Cafe, Bridge Street, Cardiff.

Recent research suggests that Jeremy Corbyn had over 60% of the youth vote in the general election. What this shows is the optimism and enthusiasm coming from young people.

This is why members of the Socialist Party and Socialist Students have set up Young Socialists.

At the kick-off of Young Socialists in Wales on the 21 June it was a really encouraging sight to see nine new faces turn up 30 minutes before the protest, eager to get involved and help in whatever way they could. When the protest was big enough, one of them gave a heart-warming speech about how capitalism creates the conditions of suffering around the UK and across the world.

We had people of all ages coming up to us and thanking us individually for what we’re doing. We even had young kids on bikes asking questions about what we were doing. We gave out hundreds of leaflets – and no doubt got the message out! And even better, the new faces gave us their contact details and are eager to get involved further.