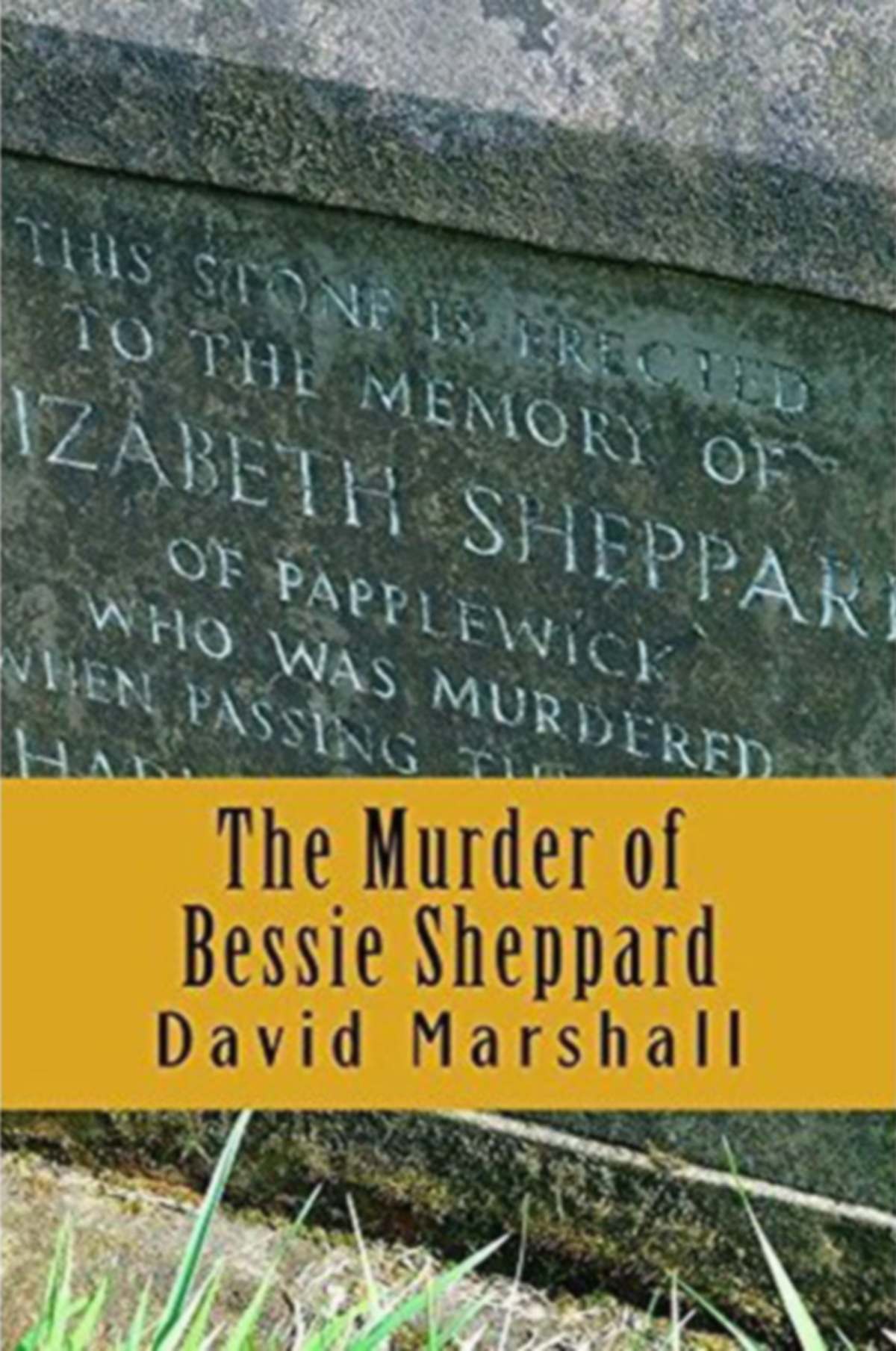 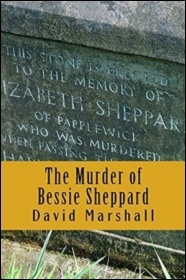 The Murder of Bessie Shepherd by David Marshall   (Click to enlarge: opens in new window)

Within two years a memorial stone was erected, inscribed: “To the memory of Elizabeth Sheppard of Papplewick who was murdered when passing this spot by Charles Rotherham July 7th 1817.”

The Murder of Bessie Sheppard, by David Marshall, describes his 40-year investigation into this crime, completed in 2014. Why was Bessie killed – and why was the name of her killer commemorated alongside hers?

Today, Papplewick is a pretty village but when Bessie lived there with her mother and younger brother it was dominated by Robinson’s cloth mills – which exploited child labour. Marshall comments: “Robinson was a very rich man. He was also, I concluded fairly quickly, a bastard.”

Marshall shows contradictions in witness reports, throwing doubt on Rotherham’s conviction, and questions why he apparently confessed to the crime immediately after arrest.

Marshall makes a good case for Rotherham’s defence. But if it wasn’t him, who else might have killed her?

Newspaper reports of the time say Bessie’s mother thanked the “nobility and gentry of the town of Mansfield and its vicinity for the many favours and kind assistance she has received since the murder of her daughter.”

He speculates that Bessie had been working as a prostitute to support her family and that Rotherham’s rapid arrest, conviction and execution conveniently prevented further investigation of the ‘nobility and gentry’, who raised the finance for the memorial stone and had Rotherham’s name inscribed on it.

Justice, far from being a traditional right enjoyed by all, served the rich and well-connected. Working class people have had to fight for justice – and continue to do so, as the Hillsborough and Orgreave campaigns show.