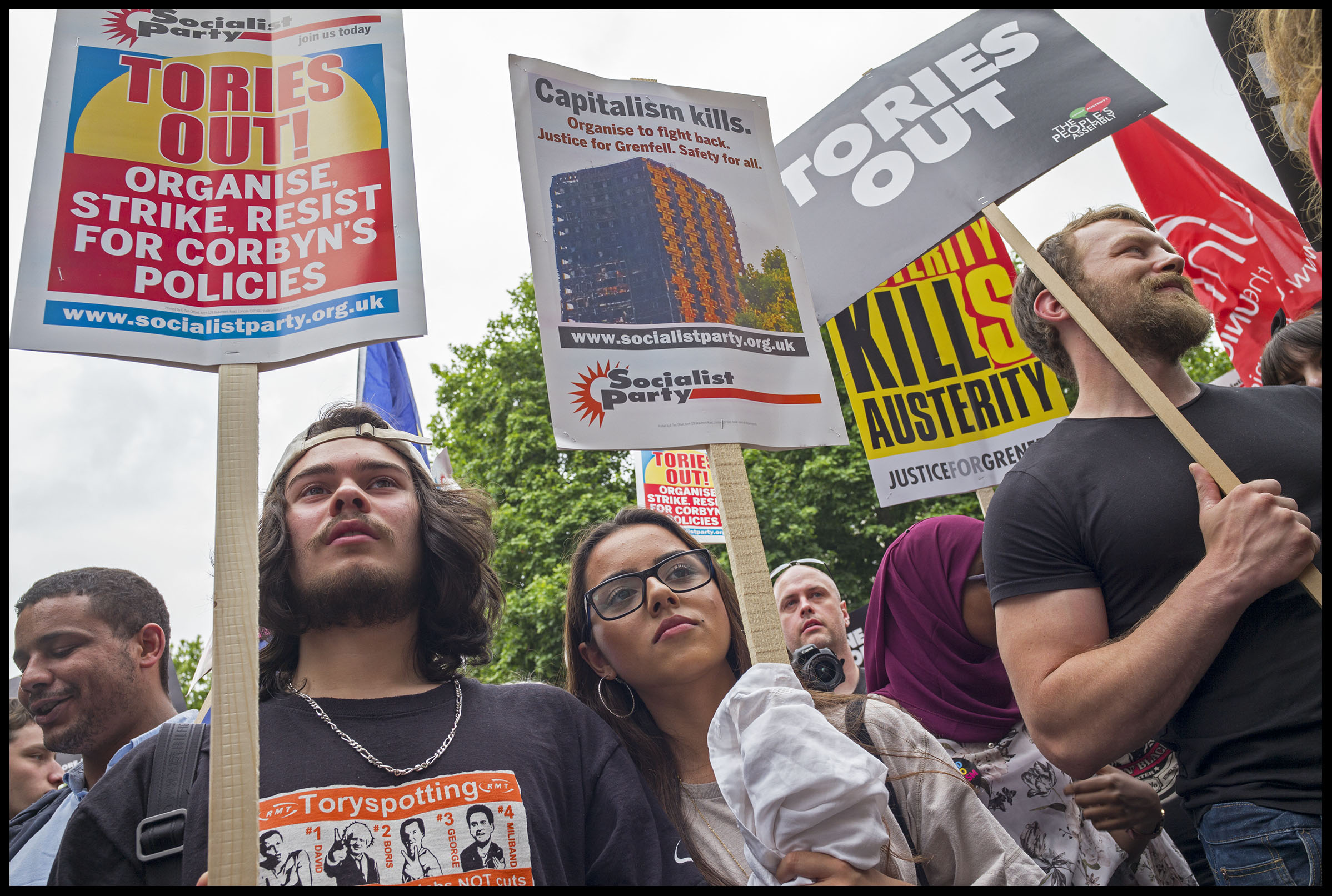 This bosses’ government must go 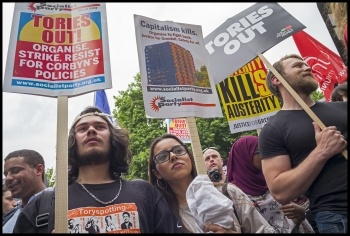 No compromise with Tories or Blairites

The ‘gig economy’ is bad for workers – but good for fat-cat bosses. Like austerity, the gig economy is akin to a blood transfusion system for money.

Cash travels out of wage packets and public services, via privatisation, zero-hour contracts and cuts, only coming to rest on the bosses’ bank balances.

First New Labour and then the Tories oversaw this. Hence the popularity of Corbyn’s manifesto pledge to ban zero-hour contracts.

The ‘Taylor Review’, named after the Blairite (as in an actual former Blair advisor) who oversaw it, has not been published at the time of writing, but here’s a spoiler: lots of flannel, no banning of zero-hour contracts and no regulation of business to defend workers’ rights.

One of the four-member panel who conducted the research is a former boss at Deliveroo, the infamous gig economy exploiter.

This says everything about the Tories’ claims to be on the side of the workers. They aren’t.

Workers know there is only one language that money-grabbing, condition-cutting bosses understand.

When contractor Serco attempted to withdraw the tea breaks from low-paid cleaning staff at the Royal London Hospital, the union there, Unite, did not merely appeal to the contractor’s better nature.

The super-exploited NHS workers walked out and won back their breaks.

In doing so they provided a vital lesson that we must spread far and wide. In austerity Britain there are two sides.

You are either on the side of the working class, the youth and the middle class and against privatisation and austerity, or you are on the side of austerity and the profiteers.

Our side has got to be ready to organise and to strike to use our collective strength to fight for Corbyn’s policies which would make a good start to delivering the decent living standards we need.

Corbyn’s manifesto shifted the political debate to the left and almost every day since the election there have been dazed Tory MPs, who expected a huge win, now proposing that the Tories adopt elements of the Corbyn manifesto – from abolishing uni fees, to raising public sector pay. But the Tory report into the gig economy reveals why they cannot be trusted to deliver.

Events in the last week have also revealed how the two sides of the austerity line are both still represented in the Labour Party. 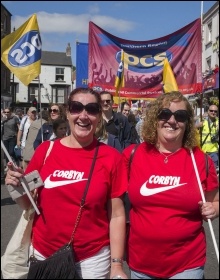 On the one hand there are calls for MPs to be made more accountable to the members. Pro-austerity, pro-war MP Luciana Berger has been told by a newly elected left-wing officer in her Liverpool Wavertree constituency that “she will now have to sit round the table with us the next time she wants to vote for bombing in Syria or to pass a no-confidence motion in the leader of the party – she will have to be answerable to us”.

On the other hand there is a stark warning. While there has been a chorus of damascene conversions into support for Jeremy Corbyn among the pro-capitalist right wing of the party following the election result, they are organising to maintain their position in controlling much of the party machine and to thwart attempts to move the party left.

The right has won election to the Parliamentary Labour Party (PLP) committee and will play the role of “shop stewards for the party’s backbenchers” as the Guardian put it. They are also seeking an expansion of the National Executive Committee to include more representatives from among right-wing councillors.

Neither unity nor conciliation is possible with right-wing Labour. Their role, on behalf of the big business interests served by the privatising, fee-introducing Blair governments and his cothinkers since, is to act on behalf of the bosses. That starts with undermining Jeremy Corbyn insofar as they can get away with it at this stage.

Unfortunately the mood and readiness of some of the membership to take on the right is not reflected in their leaders. It was regrettable and profoundly mistaken for shadow education secretary Angela Rayner on the Marr show to dismiss calls for reselection of MPs as “fighting each other.”

Angela spoke about the traditions of the labour movement. But the best traditions are of mass struggle and of democratic organising. That is what reselection represents. In fact, it is an accepted and defended norm in the trade union movement that all representatives should face regular democratic and mandatory reselection contests.

The exclusion of socialists who did more to campaign for Corbyn’s manifesto than most of the PLP must also be abandoned. Again the real traditions of the labour movement, and in fact of the early Labour Party, are for democratic federal structures of socialist and workers’ organisations.

Every part of the current structure is organised to defend the Blairite status quo. Referring to establishment circles, Corbyn has said he does not accept “their rules“. This should include within Labour. The changes that have taken place over the last decades are designed to have removed all the traditions of the labour movement and its voice.

It is not enough to work through these structures alone. Jeremy should present, like the manifesto, a new democratic constitution to a referendum of all Labour Party members to transform Labour and build a new mass party under the democratic control, in programme and organisation, of its members.