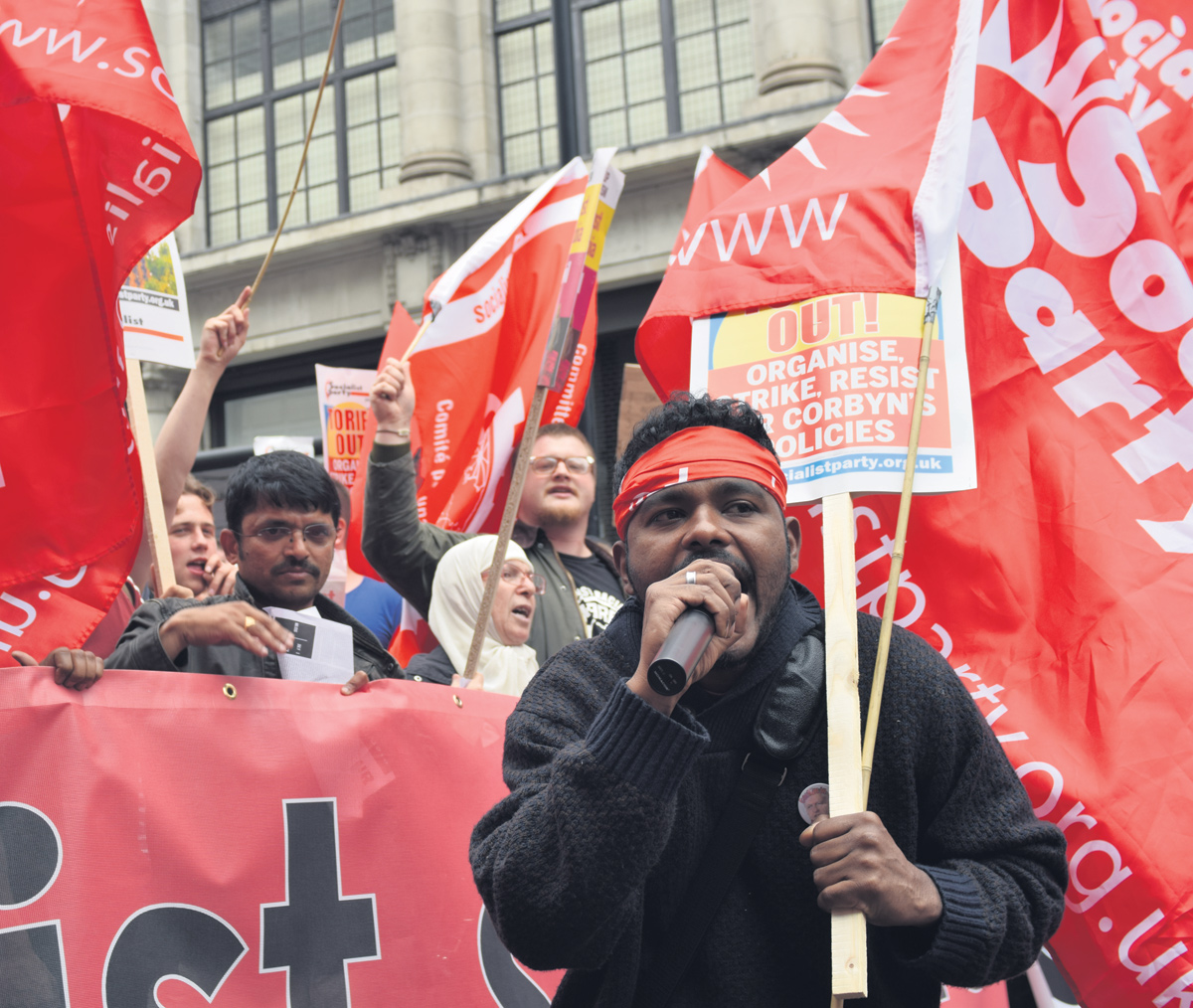 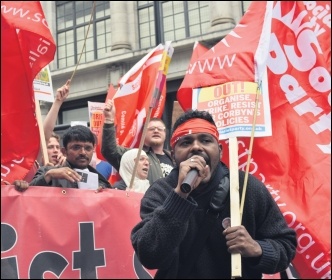 Young socialists on the march, photo by Mary Finch   (Click to enlarge: opens in new window)

Despite the arrival of Siemens’ wind farm factory, unemployment and underemployment in Hull, particularly for young people, is unacceptably high.

We are Britain’s ‘city of culture’ for 2017. There is no doubt that in the city centre, which has been extensively rejuvenated, there is a feel-good factor.

But go a mile or so out of town in any direction to Hull’s working class estates and it’s a different feeling.

Many young people are on zero-hour contracts in minimum wage jobs. It is difficult to see how the legacy of being city of culture will mean a sustained increase in jobs and living standards.

The Tories’ cuts have bitten deep into Hull. By 2020, the local council will have more than £100 million less to spend on services compared to 2010.

The cuts to children’s services mean that the flimsy safety net which once gave some protection to the poorest and most vulnerable young people in the city has all but gone.

Communities are reporting an increase in petty criminality and drug addiction. This is symptomatic of the decline in living standards which visitors to Hull would miss if staying in the city centre.

Hull trade union council is using the city of culture label to try to cut through this. It is only by organising together and fighting back that young people and all workers can turn these appalling conditions around.

So we have organised the Collective Youth festival on 19 August with local bands and trade union speakers to help draw more young people towards the workers’ movement and the fightback against austerity.

Another international speaker will be a young Kurd explaining how young people are fighting back against Isis in the Middle East.

In the June general election, young people showed they can be a decisive force for change.

Many who campaigned for Jeremy Corbyn’s anti-austerity manifesto have joined the Labour Party. But its bureaucratic internal regime means they still struggle to find an outlet for their enthusiasm for socialist ideas.

So Socialist Party members and others are setting up ‘Young Socialists’ groups, including in Hull.