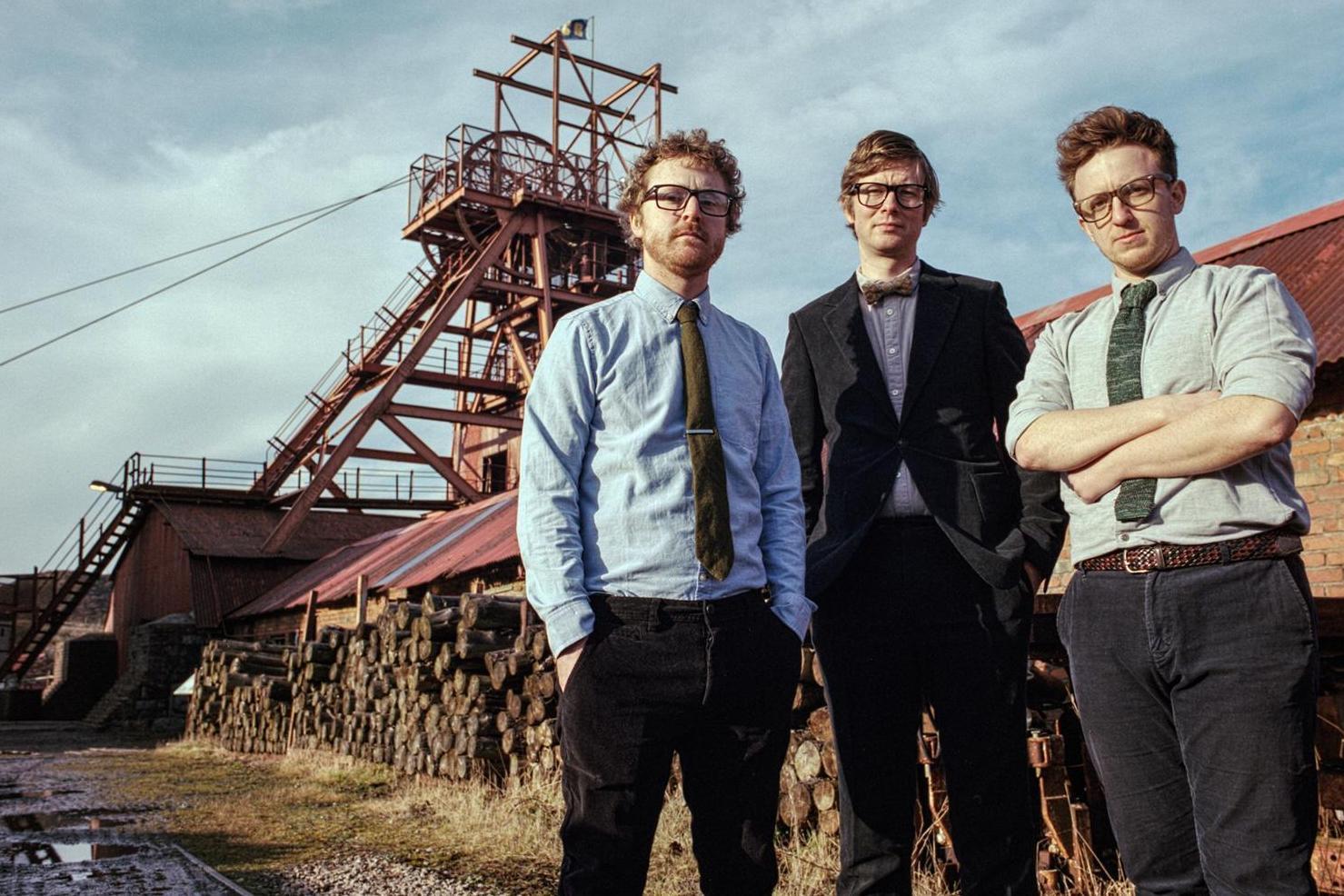 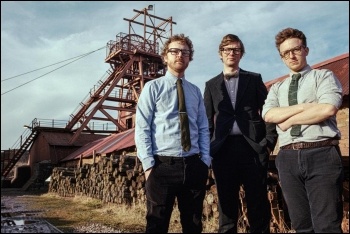 To record the album, the alt-rock three-piece travelled to Ebbw Vale where they interviewed ex-miners and their families. Some of these interviews feature on the album, together with audio from British Film Institute footage of the period.

The album’s opening is optimistic. The third track, ‘People Will Always Need Coal’, samples a 1970s TV advert that cheerily urges viewers: “Come on, be a miner! There’s money and security!”

However, this mood of optimism turns sharply with ‘Go to the Road’. There is the gathering storm in the industry between 1979 and 1984, when 47,000 mining jobs were lost and 21 pits closed.

The album’s stand-out track, ‘All Out’, is a clash of picket-line noise and crunchy guitar that perfectly evokes the titanic battles of the miners’ strike between 1984 and 1985. An ex-miner tells the listener that “we never went on strike because we wanted more wages… we went on strike for a job.”

The track evokes the conflict between the heroism of millions of ordinary working-class people during the strike, and the treachery of the official leadership of the labour movement – in particular Labour Party leader Neil Kinnock and the Trade Union Congress.

An important feature of the strike was the role played by women. Many joined political activity for the first time.

‘They Gave Me a Lamp’ features clips from an ex-miner’s wife explaining how the strike got women out of the kitchen, onto picket lines and organising support groups. She concludes: “I think a lot of women found their feet.”

With the betrayal by the right-wing union and Labour leaders and consequent defeat of the strike came pit closures and the devastation of mining communities. There is a sense of angry sadness pervading ‘Mother of the Village’ which describes the destruction of towns and communities in painful detail.

As poignant as the album is in places, it is not an exercise in nostalgia. There’s a sense of defiance throughout – and that working class people will fight to defend their jobs and communities, and fight for a better future.

But when I saw their new release was called ‘Every Valley’ and featured soundbites from the Manic Street Preachers’ James Dean Bradfield, Richard Burton and the miners and their communities themselves, I couldn’t resist.

The album sounds awesome and makes me proud to be from the Valleys with every track, especially ‘All Out’ and ‘They Gave Me a Lamp’. The south Wales miners have always held a special position in the working class for their sacrifice, solidarity and place at the forefront of every major struggle.

Appropriate timing too, 100 years since the Russian revolution. The miners always linked their struggles to the fight for socialism, and Lenin and the miners exchanged letters and ideas.

Towns across the Valleys became ‘Little Moscows’. My nan always calls the Socialist the ‘Daily Worker’ because my grandad, her dad and brothers – all miners in Abertillery in the 1940s and 50s – used to buy it.

Great album about a great history.