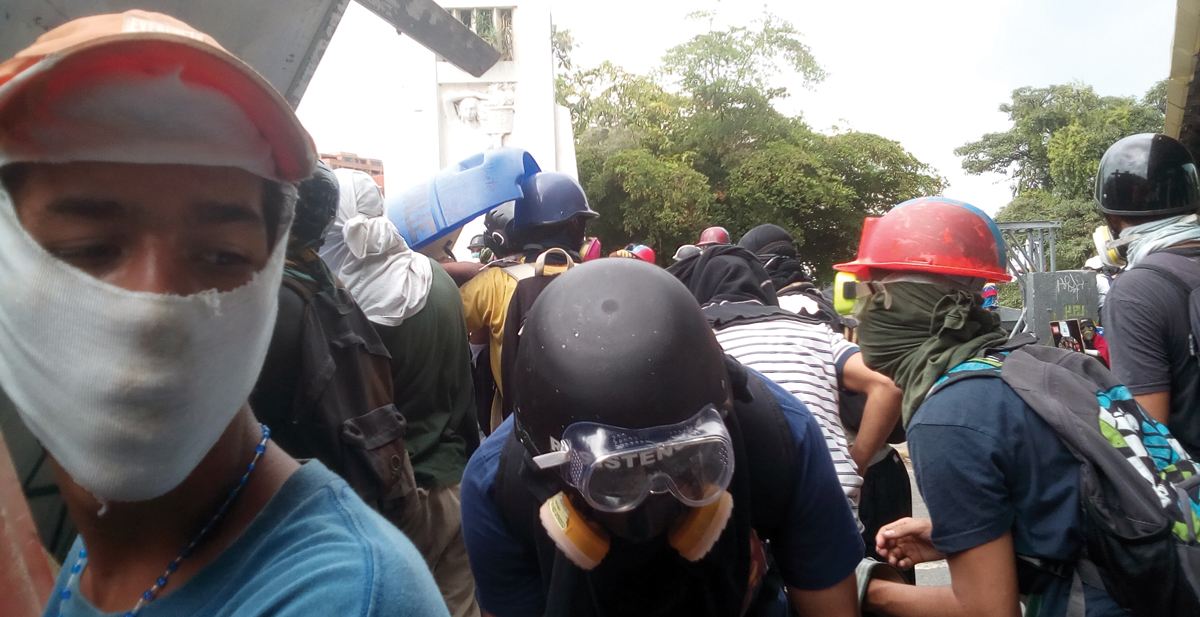 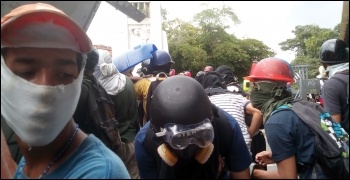 Anti-Maduro protesters clash with the National Guard in Caracas, photo by Jamez42/CC   (Click to enlarge: opens in new window)

On 30 July elections were held to the new national constituent assembly (ANC) in Venezuela. US imperialism and the MUD (Democratic Unity Roundtable – the coalition which unites the right and far-right) backed a campaign of threats and violence to stop them taking place. US and European imperialism and various capitalist governments have refused to recognise the results.

Under pressure from the capitalist class and as part and parcel of its policy of seeking alliances with so-called ‘productive (or patriotic) bosses’, the government has implemented measures against the interests of working class people.

However, the calling of elections did not halt the violence, but in fact intensified it. The opposition’s campaign since April to overthrow the Maduro presidency has so far led to 125 deaths.

In many areas the ANC campaign was conducted through bureaucratic methods, breaking with electoral rules and using the electoral machine of the ruling PSUV (United Socialist Party of Venezuela) against the rank and file to guarantee victory to the bureaucracy’s candidates.

This included pressuring state employees and beneficiaries of state benefits to vote, and to vote for government candidates – instead of convincing people with policies that could solve their problems.

We defended a vote for those rank-and-file socialist candidates who raised criticisms of the government. These candidates put forward a revolutionary programme in defence of the gains won since Chavez’s first election in 1998.

Venezuela is at a critical conjuncture. The road of the government – of capitalist policies and conciliation with capitalism and imperialism – can only lead to defeat, which would mean the loss of all social gains won and the continuation of poverty and exploitation.

Such a state would be based on workers’ and neighbourhood councils, at local, regional and national level, elected and recallable at any time – and where every representative earns only the wage of a skilled worker.

A state where power and wealth is really in the hands of the workers and poor – achieved through democratic public ownership and control of the commanding heights of the economy.