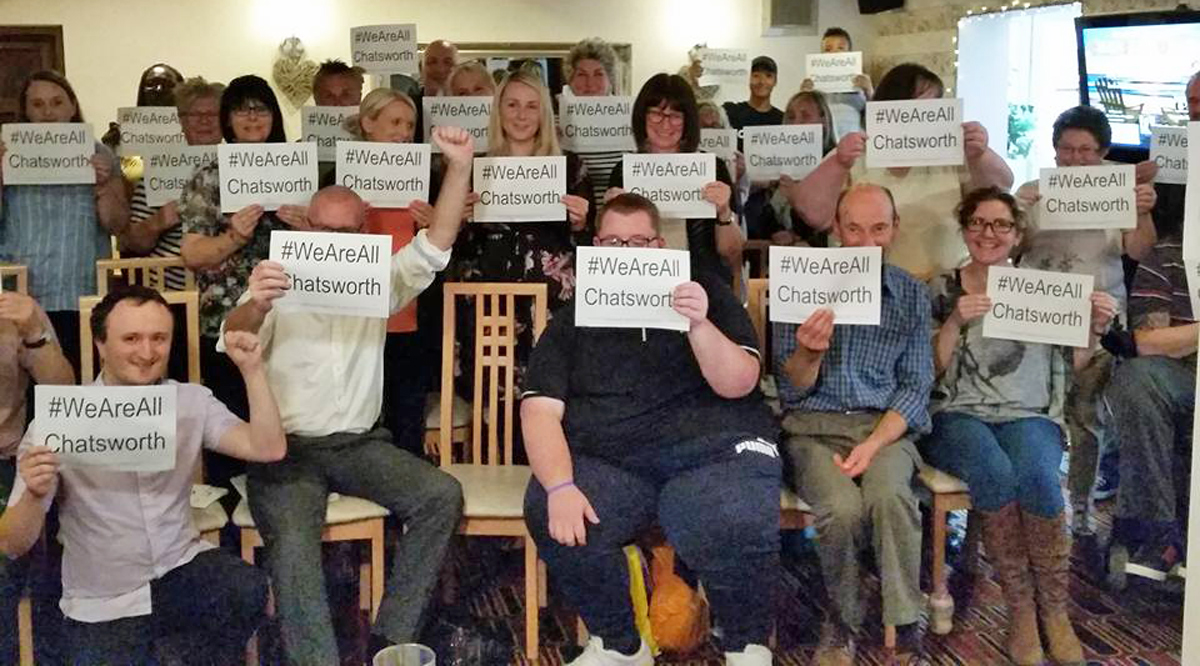 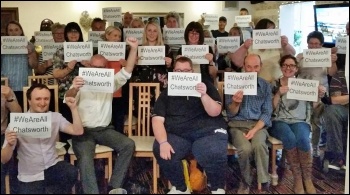 A highly charged and unusual meeting took place 16 August on Chatsworth rehabilitation unit at Mansfield Community Hospital. 40 people crowded into the ward day room, including patients (one in bed, six in wheelchairs), family members, former patients and many staff.

Facing them were the chief executive of the clinical commissioning group (CCG), the medical director of Sherwood Forest NHS trust and four other senior CCG and trust directors.

The CCG and trust asked to meet with #WeAreAllChatsworth as support for the campaign rapidly grows. They faced a grilling from every corner of the room.

‘What will happen to me if the unit closed? Why haven’t the trust and CCG worked this out before announcing closure? Where will patients with MS, Parkinson’s, brain injuries and similar long-term conditions be treated, with no suitable NHS facilities nearby?’

None of these points were answered. The panel was forced to confront the patients’ and families’ refusal to lie down quietly and workers’ passionate defence of their patients.

Ward leader Tom Hunt asked why the trust didn’t hang on. Instead of making cuts, another government could be in power soon with more money for the NHS.

Chairing the meeting, Socialist Party Jon Dale asked for assurance that no staff members would face disciplinary action for participating in the campaign. If any such action were taken, he assured the trust, Chatsworth would turn from a local into a national issue.