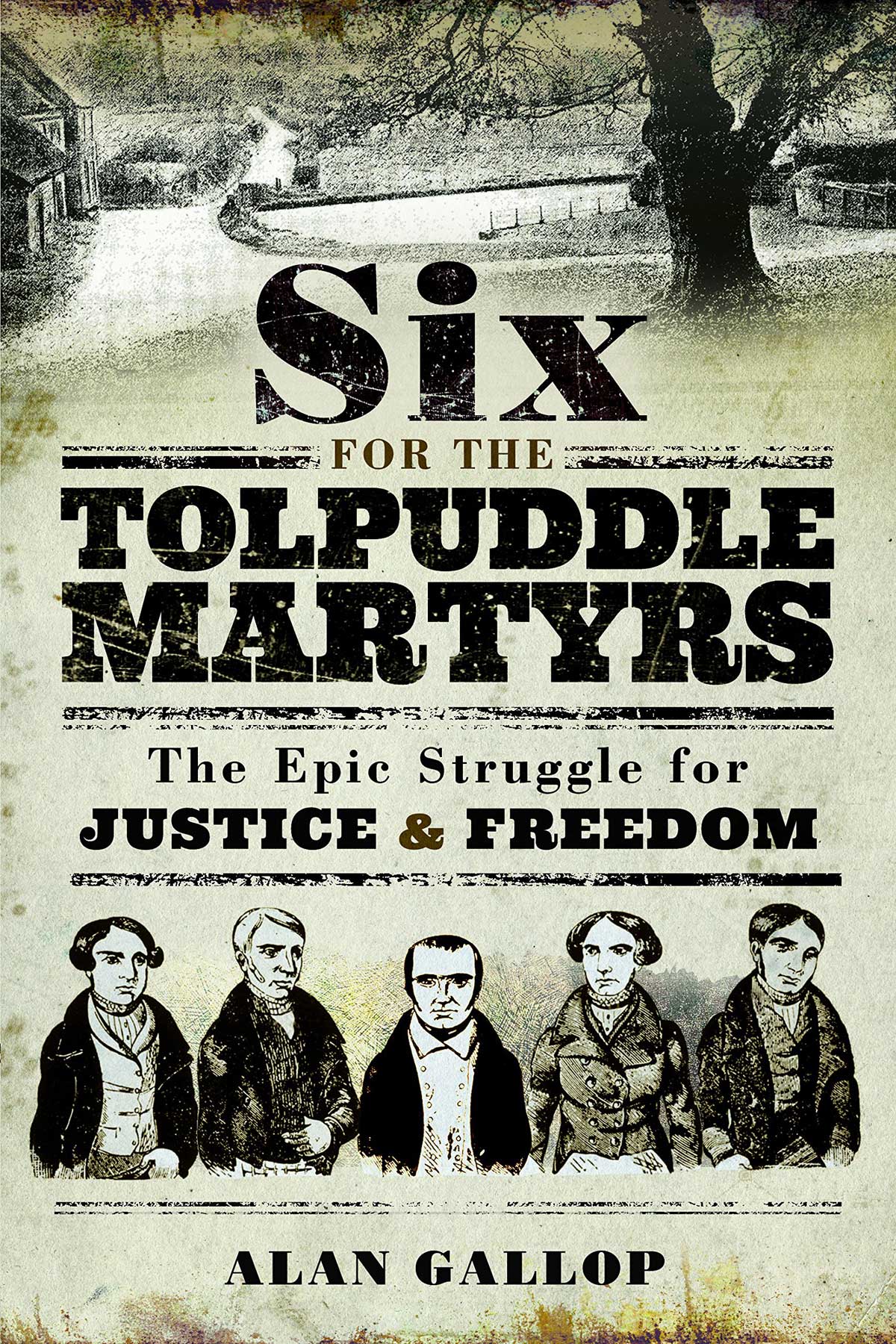 Home Culture ‘Let the producers of wealth unite – and what can withstand them?’
Facebook
Twitter
WhatsApp
Email
Print 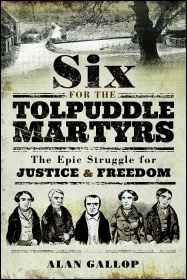 ‘Six for the Tolpuddle Martyrs’ by Alan Gallop   (Click to enlarge: opens in new window)

‘Let the producers of wealth unite – and what can withstand them?’

Every year thousands of trade unionists descend upon the small village of Tolpuddle in Dorset to commemorate the struggle in 1832 of farm workers to form a union.

These were times of change and unrest, of ‘Captain Swing’ and the Luddites, falling wages, poverty and a cruel class establishment in transition from the old aristocracy to the rising capitalist class.

Alan Gallop uses original materials and imagination to paint the struggle to organise.

Initially the ‘Tolpuddle Six’ farm workers, having formed a union, were arrested for swearing “illegal oaths.” The ruling Whig party, with Lord Melbourne as home secretary, even contemplated trying them under the 1797 Mutiny Act.

Local landowners had used spies to infiltrate the movement and then testify against the organisers. They were tried by a hostile judge and jury who had decided their guilt in advance.

The illegal oaths they were charged with were of the sort taken by the Orange Order and Masonic Lodges for decades. It was rightly seen as one law for the rich and another for the poor.

The Tolpuddle labourers were sentenced to seven years’ transportation – manacled and worked in Australia in slave conditions for wealthy landlords. Their wives and children were denied poor relief.

At home there was a massive reply from the organised workforce. Thousands demonstrated and organised petitions all over the country – until they were pardoned under pressure from below.

What is striking about those times is how similar the tactics are to those used today by employers and governments. The dirty tricks used in the Shrewsbury Pickets trial. The undercover police spies in Youth against Racism in Europe and the Socialist Party.

And although this is about conditions in 1830s England it foreshadows the repression and jailing of trade unionists in Iran, Kazakhstan, Belarus and elsewhere today.

George Loveless was an inspirational Tolpuddle leader, living in the same conditions as his members. He showed an important shift in consciousness, groping towards socialism – although not an understanding of the ruthless nature of the capitalist state – when he wrote:

“Nothing but union will or can accomplish the great and important object, namely the salvation of the world. Let the producers of wealth firmly and peaceably unite their energies – and what can withstand them?”