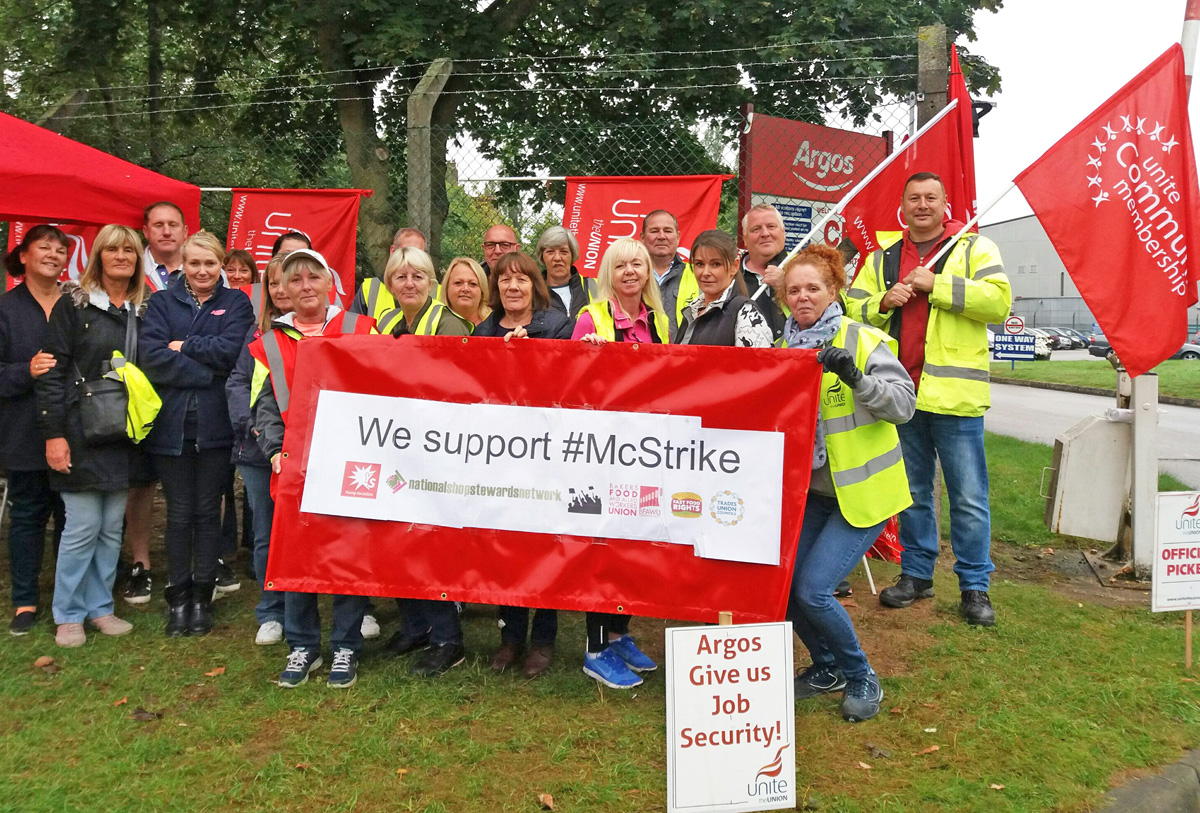 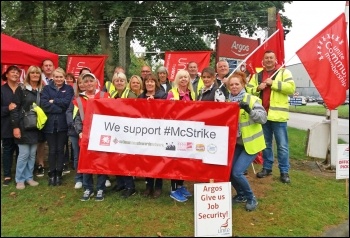 Argos workers, members of Unite the Union, have finished a three week period of strikes over issues around relocation and redundancies.

In Castleford, this is a key issue as many of the workers have been long-term employees accruing a significant potential redundancy package.

Their fear is that transferring their work to another site out of reasonable commuting distance would rob them of that security.

Strikers were clear that if Argos won’t budge then they are more than prepared to take further action.

The strikers wanted to thank those who have sent them support and concluded their picket line on 4 September by taking a solidarity photo in support of the McDonald’s workers, on strike for the first time, over working conditions, zero hour contracts and low pay.