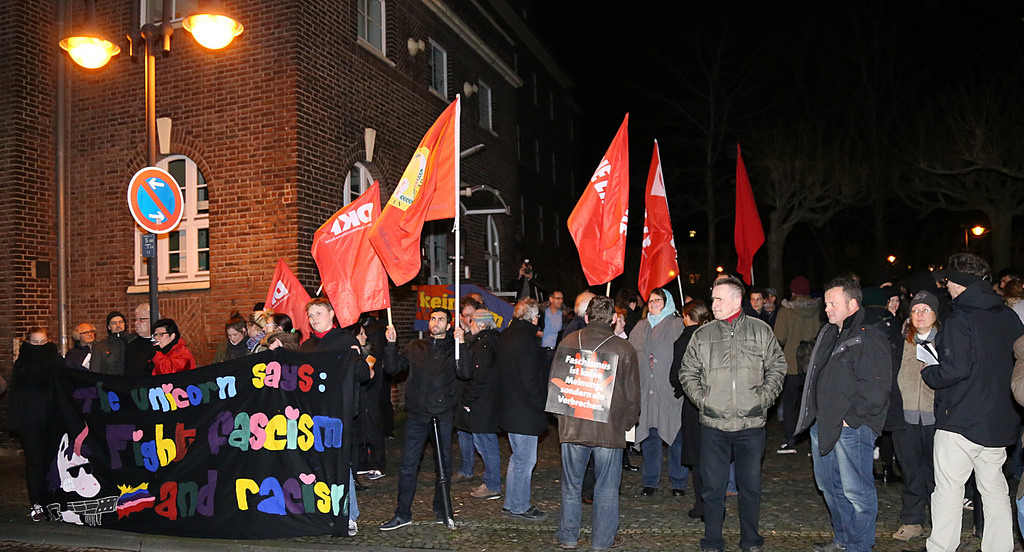 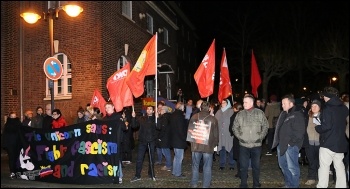 While AfD’s entry into the Bundestag was expected, the size of its vote shocked many. It jumped in as the third largest party with nearly six million votes, 12.6% of the total. The surge in AfD support is a sign of the unrest and dissatisfaction that has developed among sections of the population despite recent economic growth.

However, the AfD’s election success provoked immediate protests. Many of the mainly young people who came out onto the streets were enraged at a party whose leadership echoes the language of the far right of the 1920s and 1930s.

Such protests can be an important part of rebuilding a united movement that fights against the far right, the attacks a new right-wing government is likely to introduce, and for a socialist alternative.

After her lacklustre victory the Christian Democratic Union (CDU) chancellor, Angela Merkel, is now widely seen as a ‘lame duck’ leader. The sharp fall in the votes of the outgoing CDU/SDP ‘grand coalition’ – losing millions of votes – led the boss of the giant Siemens corporation to describe the result as “a defeat of the elites”.

This result will lead to a new polarisation, political instability and, possibly after a pause, new workers’ and anti-establishment struggles.

The most likely new government, a coalition of the Merkel-led CDU/CSU alliance, the liberal FDP and the Greens, will attempt to pursue further so-called economic ‘liberalisation’, ie counter-reforms against working people.

An important part of AfD’s success was opposition to migration, particularly people’s fears of the possible consequences of hundreds of thousands of refugees coming into Germany in 2015.

But while AfD had the support of right-wing nationalists, it also gained votes from some of those alienated from, and embittered by, a system which is seen as unjust and elitist. About 20% of AfD’s support came from people who did not vote in the last election.

Significantly, AfD’s neoliberal economic policies were not prominent in its campaign. While its success will encourage right nationalist and fascist elements, AfD is also unstable and riven with divisions.

The SPD leaders reacted to this by refusing to continue in coalition with Merkel and hoping to restore their position by going into opposition.

Part of the reason for this SPD shift is the continued support for Die Linke (Left Party) whose vote increased slightly from 3.75 million to 4.29 million, winning five more seats. Significantly Die Linke won support from around 430,000 former SPD voters, and gained among youth.

Nonetheless, at the same time it lost votes in eastern Germany and east Berlin. Some 400,000 of its 2013 voters switched to AfD.

Die Linke has had a strong electoral base in the east. Currently it leads one eastern federal state and is a junior coalition partner in another. But in these governments (and also in Berlin) it does not challenge and fight against capitalism, rather it seeks to administer it.

Disappointment with Die Linke in the east helped allow AfD, in this election, to become the second strongest party there.

However, Die Linke’s slight strengthening in this election gives it another opportunity to play a key role in building movements against the growing low wage sector in Germany, increasing rents alongside resistance to the far-right and whatever attacks the new government will introduce.