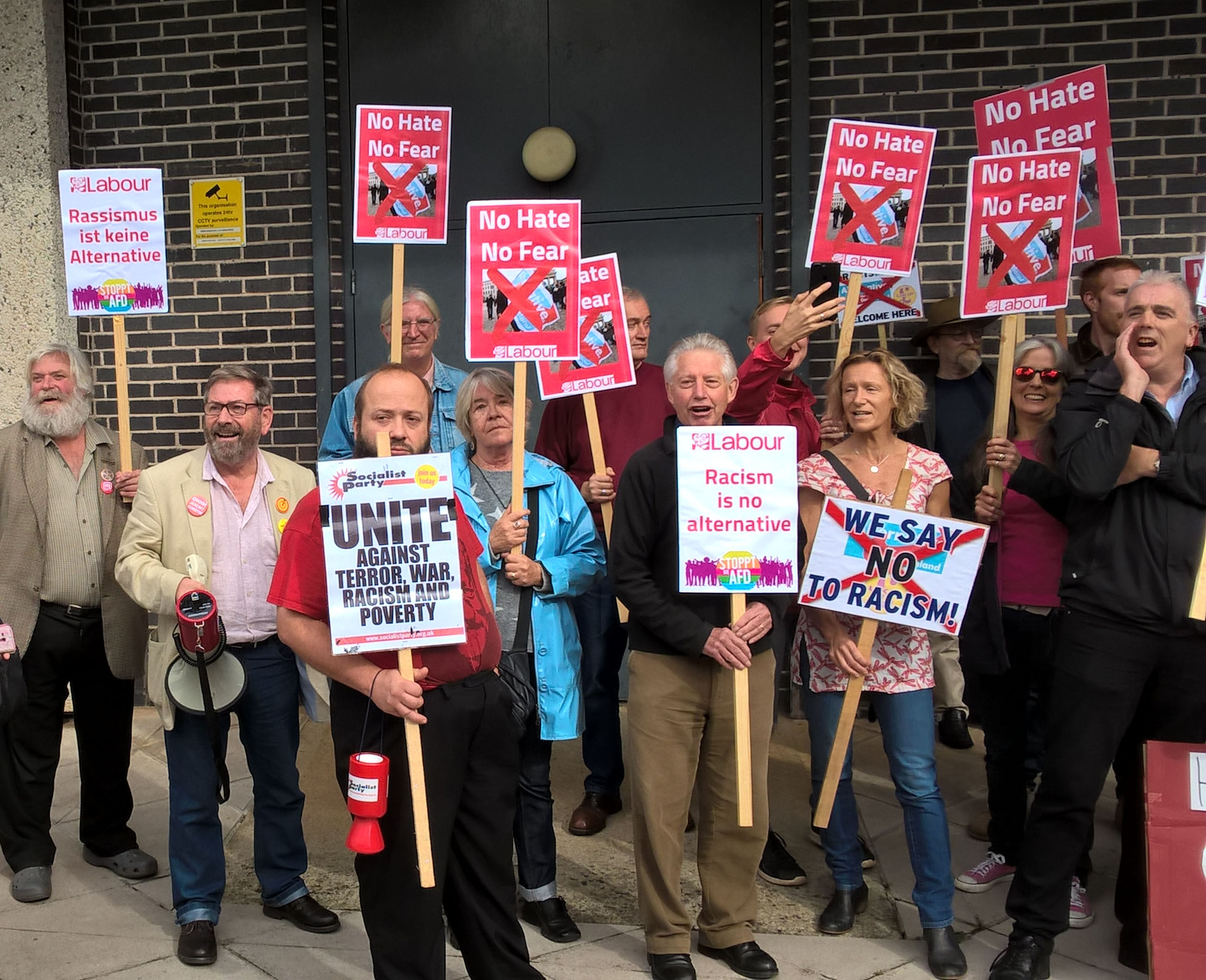 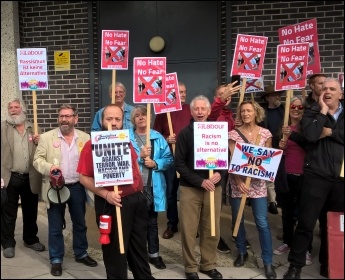 Socialist Party members from Torbay and south Devon stood alongside Labour and Momentum members to protest outside the Ukip annual conference in Torbay, south Devon. The target was the invitation to an AfD (Alternative for Germany) member to speak.

As reported in the Socialist (issue 964) the AfD recently won 12.6% of the total vote in the recent Germany parliamentary election.

The AfD is a racist and anti-immigrant party and such an explosion in their vote once again shows the instability of capitalism in Europe. Each election is throwing up unexpected results.

All of the media were outside at the demonstration – the Press Association, ITV, BBC, Sky, the Mail Online and others. However there was very limited reporting by the press on the reason for the protest.

The Ukip leadership contest turned out to be a damp squib for their sensationalism as the members of Ukip voted for a ‘safe pair of hands’ in Henry Bolton, an ex-Lib Dem member, former military and a policeman.

Socialist Party members stress the need not to only have slogans such as ‘hope not hate’ but the need to have a programme of unity for workers. A programme of decent jobs, houses and defence of the NHS to counteract the lies that migrants are responsible for the crisis rather than capitalism itself.