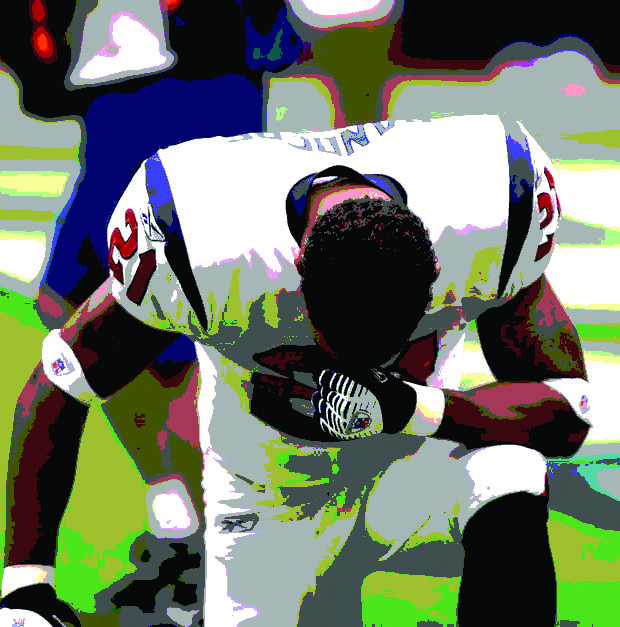 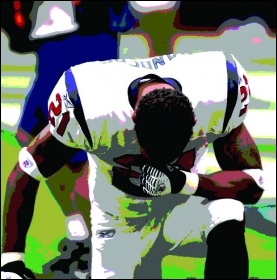 Having alienated most of the US population (and the world) with his vile, bigoted and threatening comments, US billionaire president Donald Trump has now railed against North American football players.

Last year, Colin Kaepernick, then with the NFL San Francisco 49ers, began refusing to stand for the Star-Spangled Banner before matches in protest at shootings of black people by police. Around 700 people have been shot dead by police in the US this year.

The continuing NFL players’ protests have infuriated the racist Trump, who demanded the teams’ owners sack them. In response two dozen NFL players went down on bended knee during the US national anthem at the recent high profile match at Wembley Stadium, London, between the Baltimore Ravens and Jacksonville Jaguars.

In a further spat, Trump withdrew the traditional White House invite to the current basketball champions the Golden State Warriors after their star player, Stephen Curry, said he would be reluctant to attend because of the president’s policies. In response to the withdrawn invite, Cleveland Cavaliers star LeBron James called the president a “bum” and Buffalo Bills’ LeSean McCoy called Trump an “asshole”.

Socialist Alternative (US co-thinkers of the Socialist Party) members have been to the forefront of fighting Trump and the rise in racism, the far right, and the oppression of migrants and minorities.

In a statement they say: “We stand with athletes like Michael Bennett, Colin Kaepernick, and all those who joined in the protests… and have courageously used their positions to highlight the plight of oppressed people and stand with movements like Black Lives Matter against racist police violence and discrimination.”

A recent US court verdict acquitted former St Louis white cop Jason Stockley of the homicide of black motorist Anthony Lamar Smith, despite overwhelming evidence of it being a racist murder. The verdict triggered days of protests on the streets of the Missouri city.