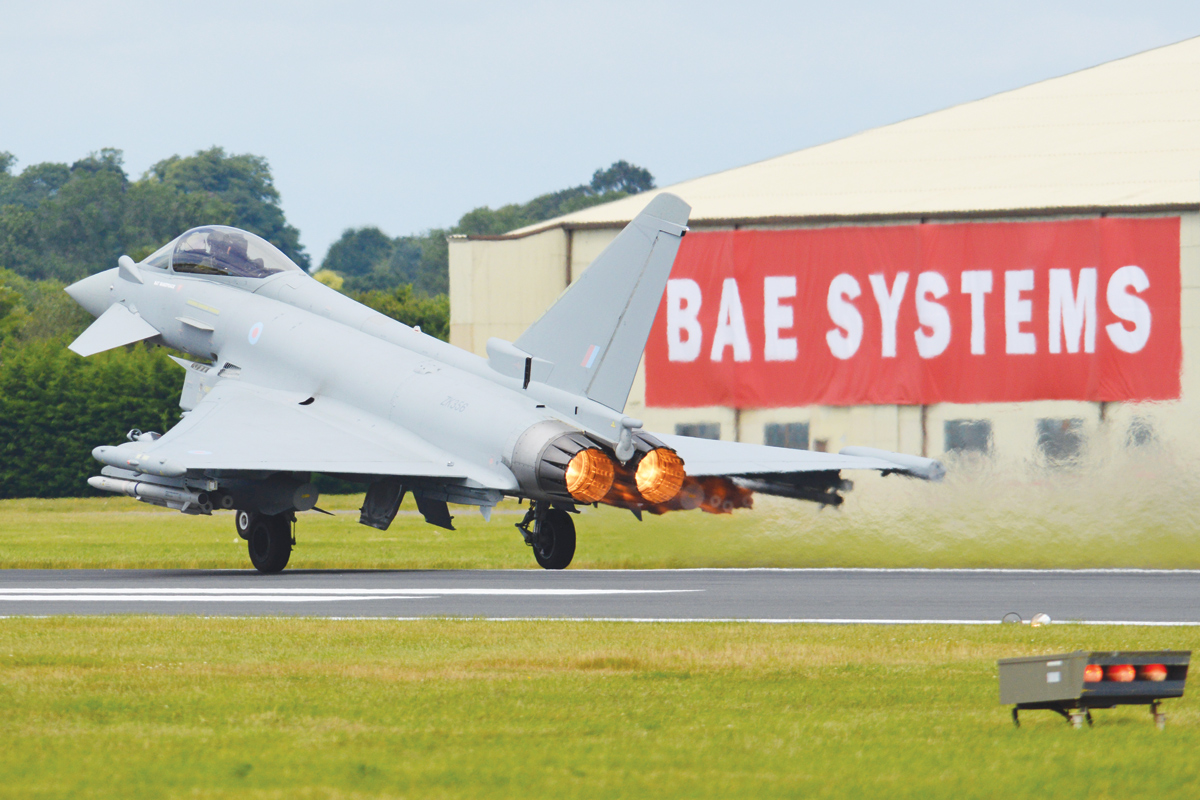 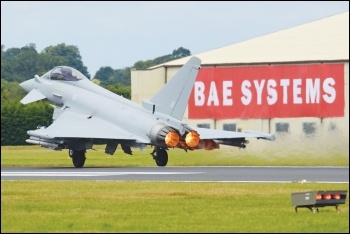 BAE has said that the job cuts are necessary to “accelerate our evolution to a more streamlined, de-layered organisation, with a sharper competitive edge and a renewed focus on technology”.

This means that workers are thrown on the scrap heap while profits for the bosses and dividends for the shareholders are protected! BAE increased its profits by 10% in 2015-16 to £1.7 billion a year (before tax).

The government should step in to nationalise BAE systems to defend jobs. On the one hand, the Tories promise investment in manufacturing and skilled jobs, particularly outside of London as part of the ‘Northern Powerhouse’.

But on the other, they are willing to stand by and watch thousands of jobs disappear.

Tory Business Minister Claire Perry said: “I think it is really important that if we want to have a globally competitive, highly efficient bastion of success in this vital industry that we do allow the company to go through its management processes”. Jobs and workers’ livelihoods are again sacrificed in the interest of ‘competition’.

This government is incredibly weak. Theresa May came out of the general election with a reduced majority and no mandate for her policies.

The Tories cannot agree on what kind of Brexit they want. The Socialist Party supports fighting for a Brexit that will defend jobs and workers’ rights, as well as the right for migrant workers to remain. If action is taken now, this government can be kicked out!

A Corbyn-led government, which is a real possibility in the near future, could help to provide a solution. As part of a mass campaign by trade unions organised in companies like BAE Systems, the government could move to nationalise the company, defend jobs and look at a way of using the skills workers have in socially useful jobs, instead of manufacturing weapons that are sent to be used in dictatorships.

The Socialist Party opposes fighter jets, like the Typhoon jet manufactured in Lancashire, being sold to countries like Saudi Arabia to be used in bombing innocent civilians in Yemen.

But it is not the workers involved in the production who should be made to suffer either. That’s why, as part of a socialist plan of production, people could be put to work on manufacturing and engineering items that actually benefit society.

For example, in the 1970s Lucas Aerospace workers drew up a plan of production which included producing kidney dialysis machines and hybrid petrol-electric cars. Workers in BAE should go through the same process and democratically draw up an alternative plan.

We give our full support to the unions fighting these job losses. The company is stating that there will be no compulsory redundancies, but it seems unlikely that they will be able to cut so many jobs purely through voluntary ones. A mass campaign of all the sites affected should be launched with protests and strike action to defend jobs.