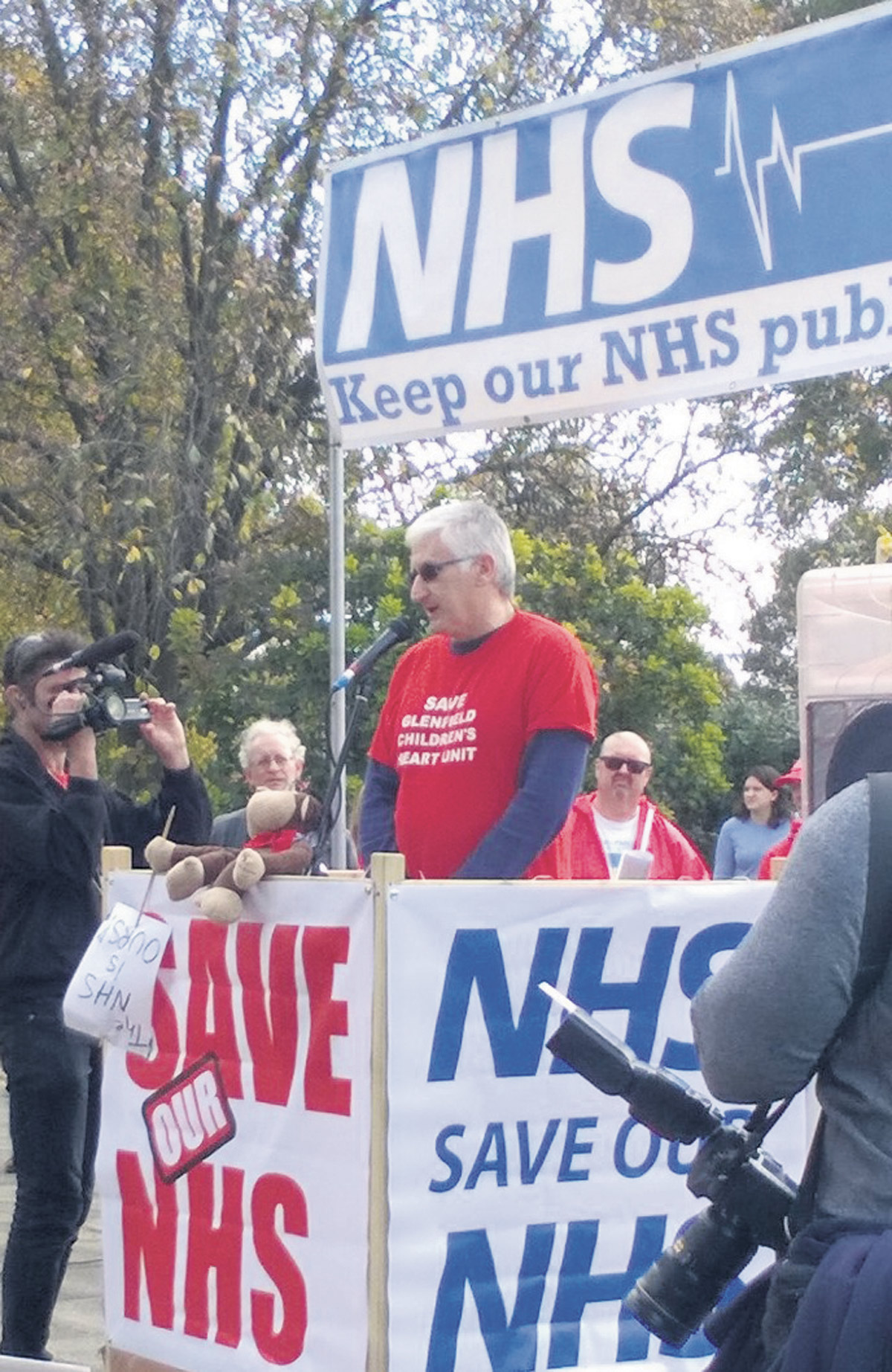 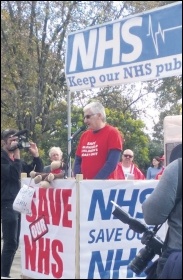 Socialist Party member Steve Score speaking at the demo to save Grantham A&E and the NHS, 14.10.17, photo by East Midlands Socialist Party   (Click to enlarge: opens in new window)

An NHS ‘uprising’ took place in Grantham, Lincolnshire, on Saturday 14 October! A determined 800-strong demonstration wound its way through the town. People are fighting against the night time closure of Grantham A&E and the systematic downgrading of services in their local hospital.

Fiery speeches from many campaigners, including NHS staff, explained the impact of losing services. This included a speech from Socialist Party member Steve Score, representing the Save Glenfield Children’s Hospital campaign.