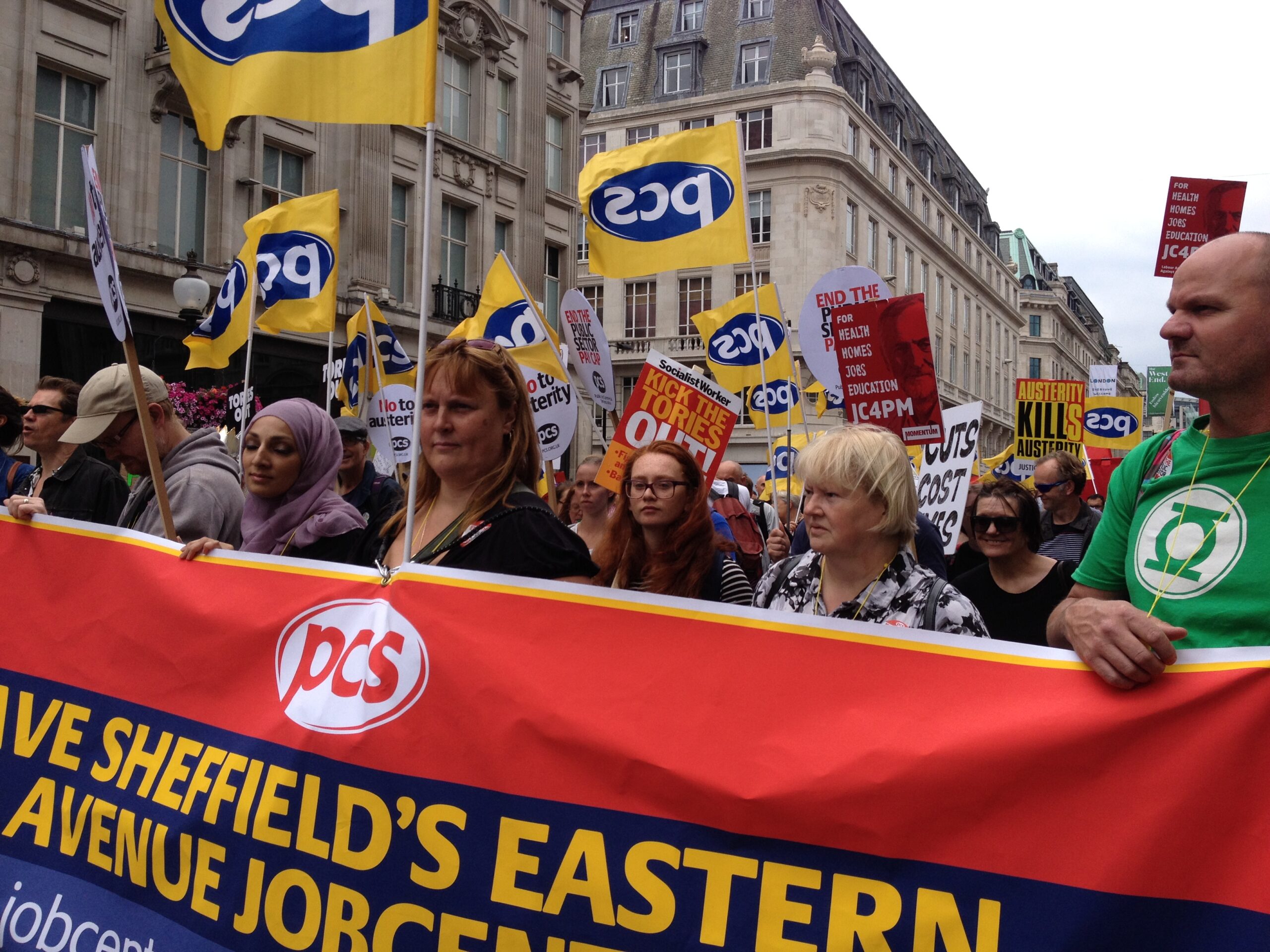 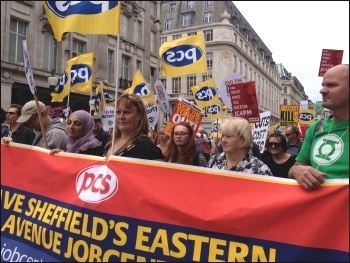 The event, held on Stockton High Street on 21 October, was organised in response to the government’s proposals to strip 650 civil service jobs out of the heart of Teesside, an area that has already seen thousands of jobs lost as part of the failed austerity plan led by the Tories and the coalition before that.

The event was also used as part of the wider campaign to smash the public sector pay cap.

PCS believes that as a result of these plans, it will be much more difficult to tackle the £120 billion tax gap, money desperately needed to fund other public services.

PCS members will also be impacted as thousands of jobs losses are expected and those that stay will be required to travel to new locations adding excessive hours per day in extra travelling, and at their own expense. PCS members in Stockton will lose £400 a month and travel an extra two hours each way to attend their job, a job that many have dedicated their lives to as they serve the public!