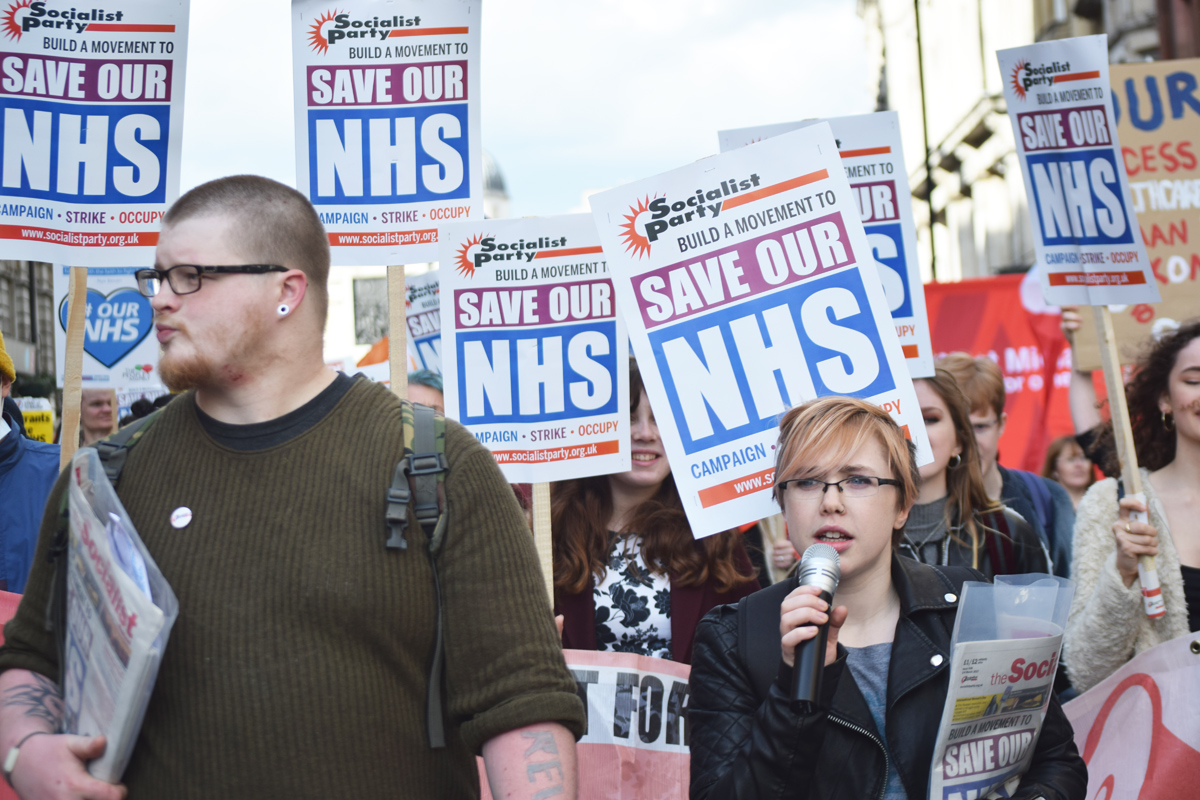 HCT called the 250,000-strong demonstration against NHS cuts on 4 March, which helped derail Theresa May at the June election.

The conference heard from campaigns that have won victories, like North Devon’s campaign to save Barnstaple District General Hospital. Every victory helps inspire campaigners elsewhere, even if battles keep having to be fought again.

Ken welcomed Jeremy Corbyn’s changes to Labour but was disappointed with the election manifesto. It said Labour would “reverse privatisation” and make the NHS the “preferred provider” instead of clearly calling for an end to all privatisation.

Workshops brought together campaigners fighting for mental health, for safe staffing levels, busting the pay cap and defending immigrants among other issues.

Rounding the conference off, Dr Gurjinder Sandhu, an A&E consultant, was cheered for attacking the Tories’ ‘McKinsey model,’ reorganising the NHS with hospital closures, mergers and so-called community care. “This emperor is stark bollock naked,” he said. “There is no evidence for it and a huge amount of evidence against.”

The loudest cheers of the day went to Jacqui Berry, a nurse and Socialist Party member, who followed. “I’m a socialist because I’m a nurse and a nurse because I’m a socialist,” she said. “We’re not powerless.” The junior doctors’ strikes and 4 March demonstration showed the possibilities for national action to save the NHS. Pay strikes need to be built for.

“What we have to do is bring down the government – and not replace it with MPs who just wear different colour ties but those who will carry out a completely different programme.”