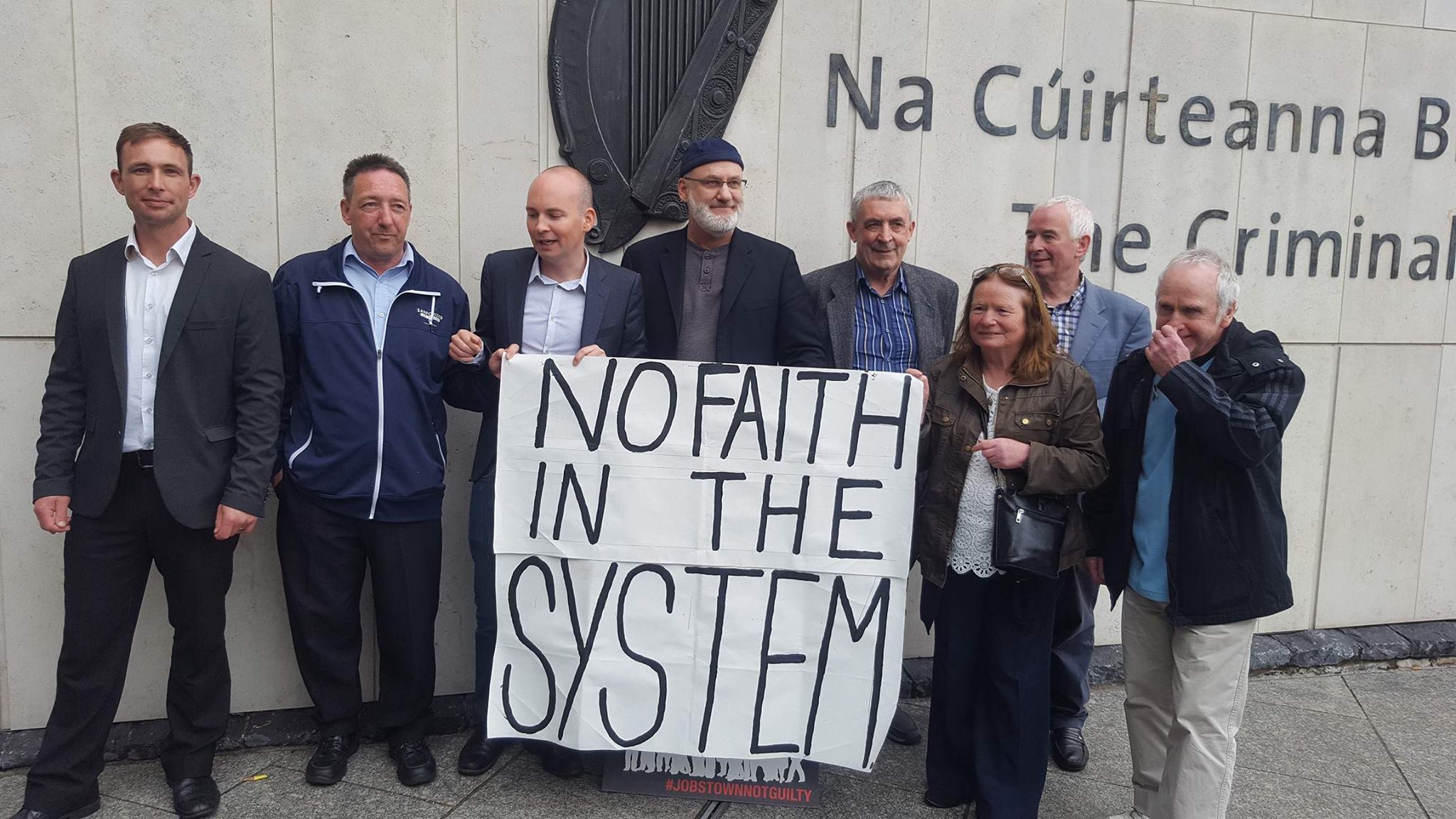 Irish deputy prime minister Frances Fitzgerald has resigned over her role in the police whistleblower scandal, thereby preventing the collapse of the Fine Gael minority government. In 2015, when minister for justice, Fitzgerald was forced to admit in parliament the existence of Operation Mizen – a police surveillance team targeting anti-water charge protesters 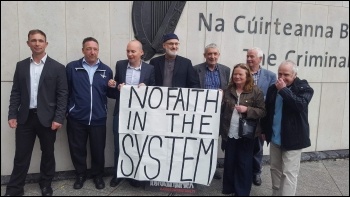 At the end of November, the Fine Gael minority government in Ireland came close to collapse following further revelations about the machinations and web of intrigue surrounding the scandal of Garda (police) whistleblower Maurice McCabe.

More information has come out of the attempts by the institutions of the Irish state to smear and discredit him.

As well as bringing Ireland to the brink of the unprecedented situation of having an election in the week running up to Christmas, these events have brought about the resignation of Tánaiste (deputy prime minister) Frances Fitzgerald and have drastically weakened the position and authority of Taoiseach (prime minister) Leo Varadkar.

As pressure mounts on Fianna Fáil, which is propping up his administration, there is a real likelihood of a general election taking place early in the New Year.

Varadkar had assumed power in June of this year and it had appeared that his minority government in the months running up to this controversy had been strengthened.

Under the premiership of his predecessor, Enda Kenny, Fine Gael had been defeated in its attempts to introduce water charges (due to mass civil disobedience) and the ongoing whistleblower scandal itself was undermining its position.

Since 2014, this scandal has resulted in the resignation of a minister for justice, Alan Shatter, and two Garda commissioners, Martin Callinan and Noirin O’Sullivan, along with resignations of senior officials in the Department of Justice.

In 2012, Maurice McCabe publicly exposed a series of wrongdoings and malpractices within Ireland’s police force, including the quashing of ‘penalty points’ (a series of penalties against those guilty of traffic offences that can ultimately lead to the suspension of drivers) by the Gardaí. In the last few days it has been revealed that a person caught speeding at 240 km an hour had his points cancelled!

Having publicly exposed this scandal, the establishment went on the offensive against McCabe and fellow whistleblower John Wilson.

In October 2013, Alan Shatter accused McCabe of refusing to cooperate in an internal Garda investigation surrounding the penalty points. The following January, testifying in front of a parliamentary inquiry Martin Callinan said his actions, and those of John Wilson, were “disgusting”.

In February of this year, it was revealed that Tusla, the state’s child protection agency, had (unbeknown to McCabe) opened up a file on McCabe including serious (and fabricated) allegations that he had sexually abused the daughter of a fellow Garda.

The Garda in question was a colleague of his who he had made a complaint about resulting in the latter being disciplined.

An investigation by the director of public prosecution had cleared McCabe of any wrongdoing when these allegations were initially made in 2006.

Further revelations last month meant that the issues surrounding this scandal blew up again. On 9 November, an email sent to then minister for justice, Frances Fitzgerald from her private secretary on 15 May 2015 was uncovered.

It showed that the latter told Fitzgerald about the Gardaí’s “legal strategy” in the O’Higgins commission of inquiry – set up in February 2015 to investigate the issue of the widespread practice of penalty points being written off by Gardaí.

Fundamentally this “strategy” amounted to the legal team of the Gardaí in the inquiry bringing into play the malicious allegations of child abuse against McCabe and that he was simply motivated by malice in making allegations against fellow Gardaí.

Further emails outlining the Gardaí’s line of argument were sent to Fitzgerald two months later at the beginning of July.

Ultimately she was aware of the smear campaign being conducted by Noirín O’Sullivan’s Gardaí, yet consistently defended her in public right up until O’Sullivan stood down in September of this year.

It has also surfaced that in May 2015 O’Sullivan was in contact with senior officials in the Department of Justice where she explained what line of argument Gardaí would use in the O’Higgins tribunal.

In reality a ‘permanent government’ in the form of senior civil servants were colluding with the top echelons of Ireland’s police force to discredit and undermine McCabe.

It is illustrative of the deeply undemocratic practices and rotten core at the heart of the capitalist state.

The Department of Justice, one of its key institutions, has proven itself to be a corrupt cesspit that is implicated in the McCabe scandal.

For them and for the representatives of the ruling class in Ireland, he had defied the status quo and had to pay the price as a result.

Such a draconian approach was shown in the Jobstown trials when anti-water charges protesters, including Solidarity TD (MP) and councillors and Socialist Party members Paul Murphy, Kieran Mahon and Mick Murphy, were charged with “false imprisonment” for protesting against then Tánaiste Joan Burton in November 2014.

Leo Varadkar defended Frances Fitzgerald right up until the eleventh hour, arguing there was no need for her to resign.

He displayed a hardnosed arrogance that has become characteristic of his neoliberal right-wing government.

This has been shown by the callous contempt and indifference it has displayed to the growing housing crisis that has tragically resulted in the recent deaths of two homeless people in Dublin.

The blatant inequality within Irish society, as shown by the housing crisis and the outrageous practices of Ireland’s state institutions, cannot be divorced.

They are by-products of a rigged capitalist system that defends the interests of the powerful and super-rich.

The Socialist Party and Solidarity will continue our task to build a powerful socialist left to challenge this rotten economic and political status quo.