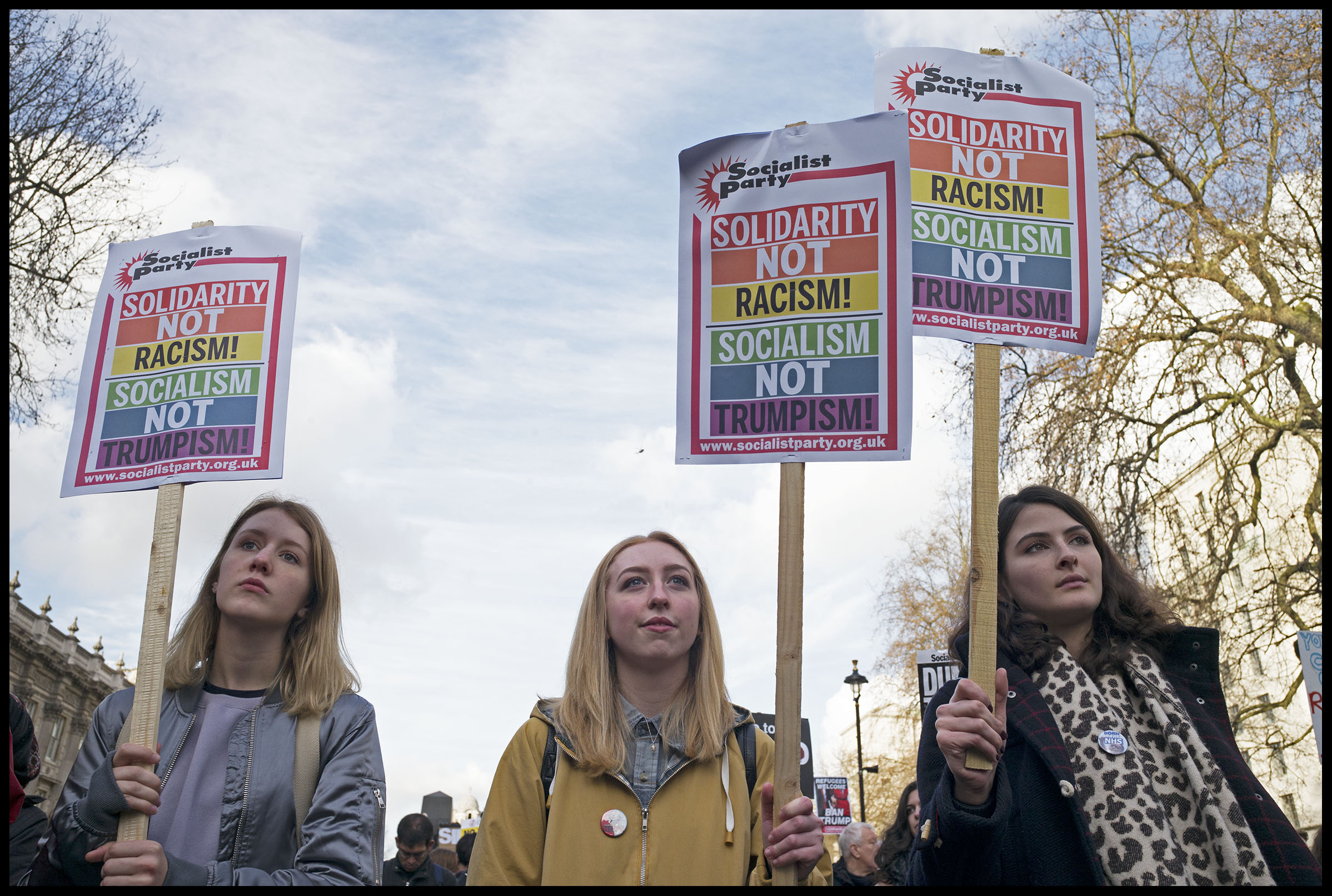 On 29 November US president Donald Trump, known for his racist and chauvinist views, shared three tweets posted by Jayda Fransen, the deputy leader of the notorious far-right group Britain First.

Not only were the content of the videos misleading and manipulative, but by retweeting the posts of Britain First, Trump has given a platform to a racist group to articulate their corrupt and loathsome sentiments.

Despite being a fringe group, Britain First does actively target Muslims through social media and in the streets.

But Trump’s retweets are no surprise. Last January, he signed an order banning the entrance of people from six Muslim-majority countries (now upheld by the US Supreme Court). This prompted mass anti-Trump protests both in USA and Britain.

These posts, which fuel hatred, are part of a perpetual and systematic campaign to divert the interests of working class people.

The intention is to blame the increasing social and economic deprivation suffered by the majority onto minority groups, and thereby cause division within the working class.

Therefore, socialists must reiterate that the austerity and misery experienced by the majority is caused by the policies of capitalist governments and profit-hungry big corporations.

Scandalously, Theresa May has invited Trump to Britain. A state visit by a president who endorses and gives a platform to a blatantly Islamophobic far-right group will be a massive assault on Muslim communities in this country.

Spreading racial and ethnic hatred is unacceptable and Trump’s visit must be met with mass opposition in Britain. Trade unionists and socialists must play a key role in building such opposition.