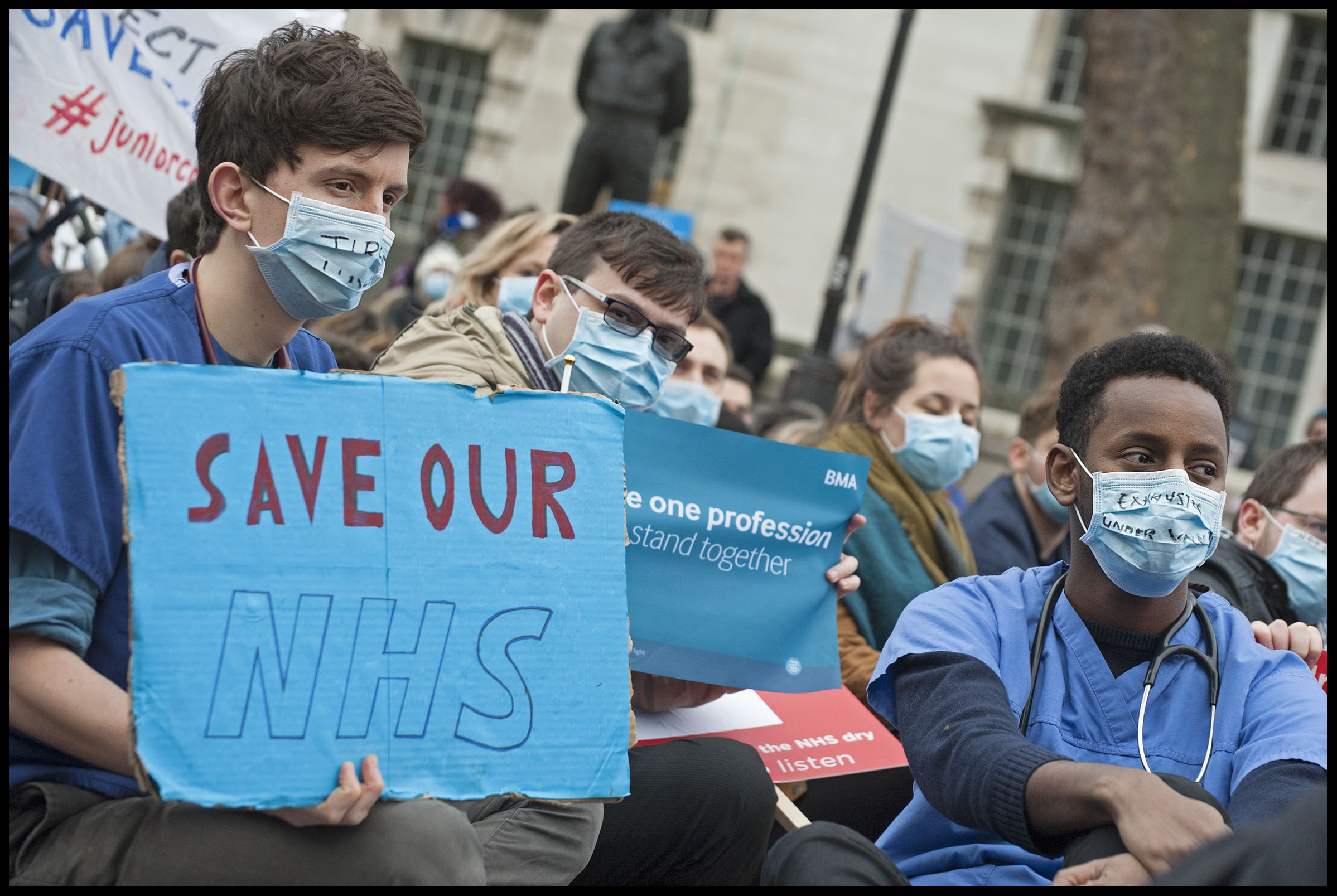 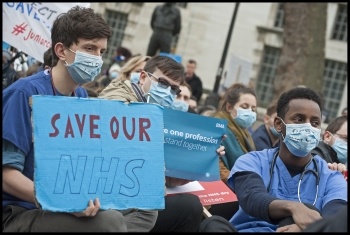 Save our NHS, photo Paul Mattsson   (Click to enlarge: opens in new window)

It’s the NHS workers and patients who bear the brunt of the inevitable winter pressures – combined with underfunding, understaffing, low pay and low morale.

The chair of a major NHS trust in the capital quit on 10 December. It seems the rats are deserting the sinking ship.

But don’t feel too sorry for the poor NHS execs. If things get too hot they can bail out on fat pensions.

Lord Kerslake resigned as chair of King’s College Hospital Trust citing the unrealistic financial approach of the government towards the NHS.

He will be replaced by Ian Smith, formerly of building firm Taylor Woodrow – and General Healthcare Group, the owners of BMI Healthcare, which runs 59 private hospitals and clinics nationwide.

The oddly named body ‘NHS Improvement’, which oversees spending within the health service, had allowed the board at King’s to set a deficit budget of £38 million for the year.

But as with most NHS trusts, government cuts mean there will be a massive overspend. The board now expects the deficit to be more like £92 million. Under the government’s ‘sustainability and transformation plans’, trusts must eliminate these deficits by 2020 – meaning more massive cuts.

The Tories and Blairites attack funding and working conditions in the NHS hoping things will get so bad that we will welcome in the privateers and spivs. But all they want is to siphon off a profit. Nobody’s falling for that.

The name and function of ACOs come from the US health system. They represent a further entrenchment of privatisation. 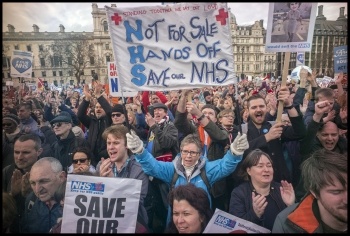 The fact is healthcare, education and public services can be funded and managed properly. But it will take socialist policies to achieve this.

At the same time, community campaigns are beating Tory attacks on the NHS – like the victory against the closure of Glenfield children’s heart centre, where the Socialist Party played a leading role.

So now it’s time to up the pressure on this hated Tory government. Unite the trade union and community actions across the public and private sectors to defend jobs and services and beat back austerity. That kind of action could force the Tories out now.