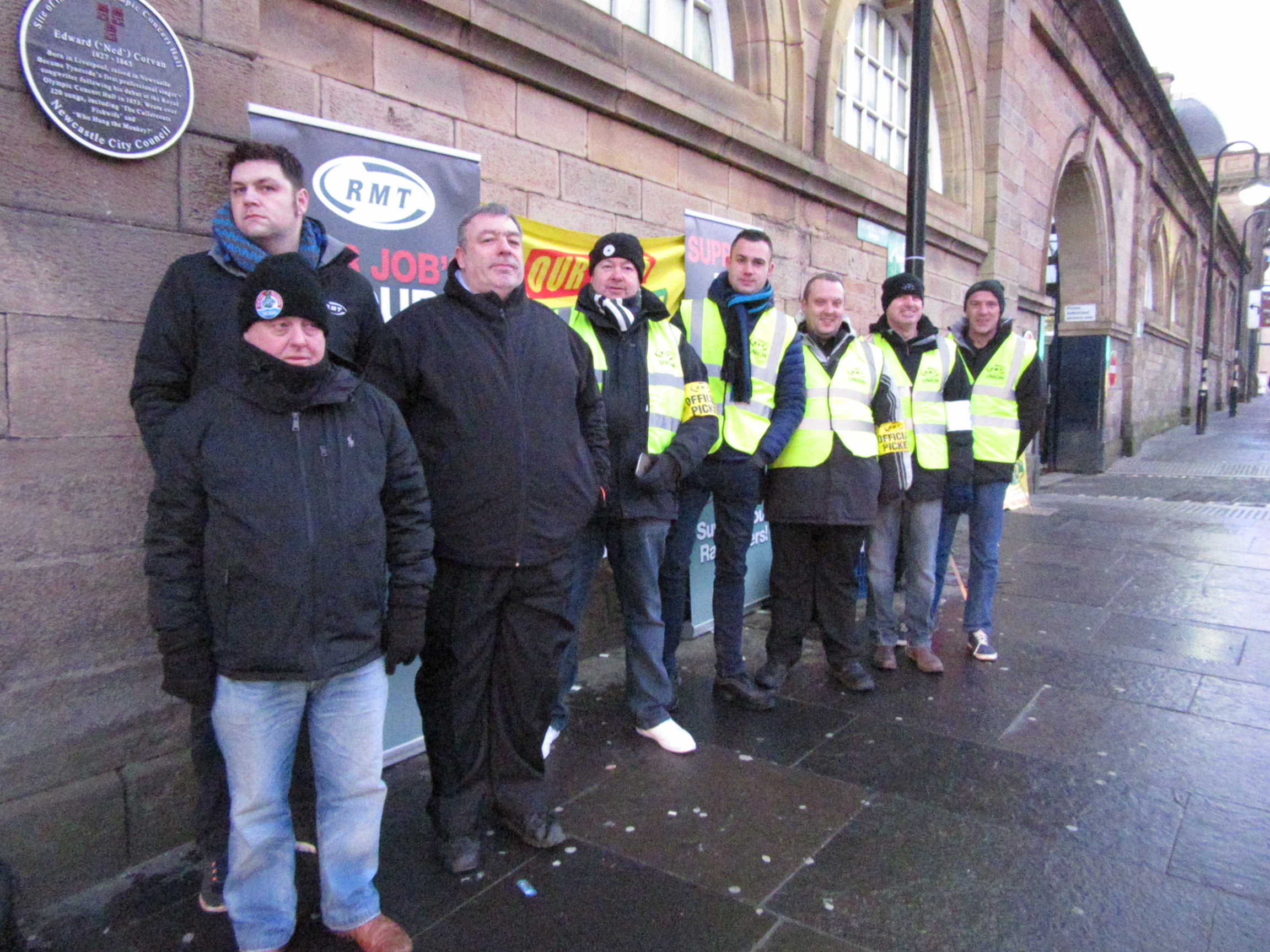 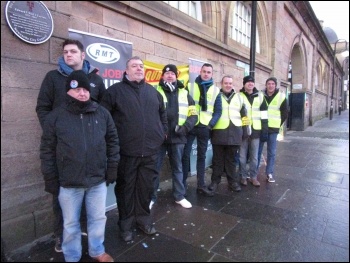 “Everyone passing understands that this strike is about rail safety” said one of the striking guards on 12 January.

The mood on the Northern Rail picket line after three days of strikes was rock solid. Also, the strikers were clearly buoyed up by the refusal of train drivers to cross picket lines in Manchester and Wigan.

The view was expressed that although the Tory government has all the anti-trade union laws at its disposal, it is weak and divided. One of the strikers repeated the quote from the late Bob Crow: “If we all spit together we can drown the bastards!”

RMT members on the picket line at Bournemouth were keeping warm and expressing their determined mood with the song ‘Never cross a picket line.’ They said they were getting support from people who were concerned about the safety of rail travel.

One picket said they wanted the assurance of a safety-critical guard which would guarantee accessibility for disabled and vulnerable people.

The guards are performing a function only a guard can do almost on a daily basis. Particularly on the late shift, many passengers on the Bournemouth line would have to alight at unmanned stations and some of them need the help of the guard.

The strike was well supported throughout the week. A particular feature of the strikes was the support from the passing public.

Many of them linked the cuts to the guards on trains to other cuts, in particular in the NHS.

Socialist Party members supported the strike on all of the days and sold 17 copies of the Socialist to striking RMT members and members of the public.