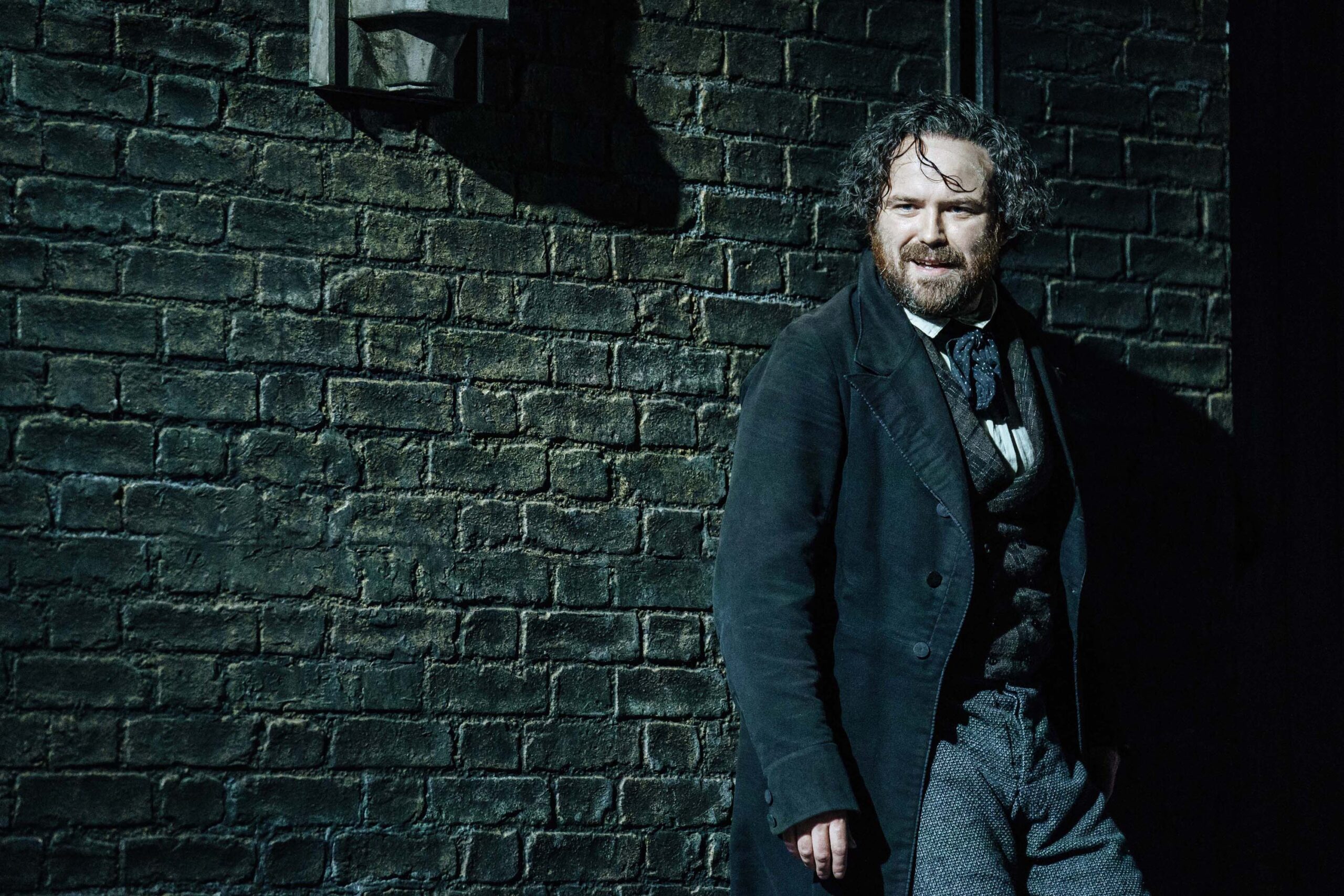 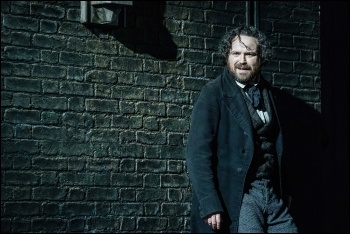 We see Marx engage in escapades like attempting to pawn his wife’s family heirloom; being constantly on the run from police; long, indulgent drinking sessions; and getting into brawls in the British Library.

This is where the fun ends, however. Beyond being a piece of decent comedy, Young Marx doesn’t always do justice to the incredible power of the ideas Marx advanced.

The play is no stranger to historical inaccuracies. In an otherwise excellent scene, Marx engages in a fierce debate with August Willich over Willich’s claims that acts of individual terror will lead to successful revolution.

Marx gives a passionate and convincing argument about the uselessness of terrorist tactics. Instead he calls for communists to prepare for a political crisis giving an opportunity to lead the working class to power.

In response, Willich furiously challenges Marx to a pistol duel. Marx accepts out of arrogance and carelessness about the needs of his young family.

There was no such duel. In reality, Marx’s ally Konrad Schramm challenged Willich to a duel, against Marx’s wishes.

Marx is presented as an underappreciated genius, developing his own radical creed against a backdrop of misery and desperation. The play doesn’t at any point misrepresent his ideas.

However, the emphasis the writers place on comedy leads them to neglect the power of those ideas. Not only this, but the clown-like aspect of his personality appears exaggerated.

As a comedic and entertaining effort, this play is a must-see. But as a guide to Marx’s life and ideas, don’t expect the full story.

… persuasive on ideas but a caricature of the man…

But some of his key points – particularly from his early writings – are put across in concise and persuasive ways, without the ironical or condescending overtones I suspected beforehand.

… Marx shows growth in great platform for his ideas

Young Marx isn’t a play written by Marxists, but it does entertainingly platform Karl Marx’s ideas.

I was almost put off by the two-dimensional jokes and lazy slapstick in the first scene. But after then, Young Marx is much funnier. The physical comedy – and incessant references to his writings – are hilarious.

Rory Kinnear’s portrayal of the title character doesn’t serve to attack Marx as some critics have suggested.

Marx grows from drunken buffoon to the commanding writer of Critique of Political Economy, the basis for his masterpiece Capital, through the course of the play.

The comedy stops at certain intervals when Marx gives sombre political speeches to the other characters and audience. One of these got a round of applause.

One of the main plot drivers is Marx arguing for democratic mass revolutionary action – against advocates of individual terrorism. All this contributes to a production that elevates Marx to his correct stature.

Young Marx has a positive representation of women. Women get an equal say with men in Communist League meetings.

Marx’s wife Jenny wins political arguments and debates. The final scene is Marx writing his Critique of Political Economy with help and editing from Friedrich Engels, Jenny, and his friend and political confidante Helene Demuth, all on equal footing.

The extreme poverty that drove Marx and Engels to fight to change society, and today calls out for socialism to overthrow capitalism, is not forgotten.

A play called Young Marx couldn’t help but provoke a passionate reaction from anyone who calls themself a socialist.

I think if any piece of music, play, book or film has a positive and progressive impact on people’s attitudes on the topic, then it’s done a good thing. Richard Bean and Clive Coleman’s play certainly does that.