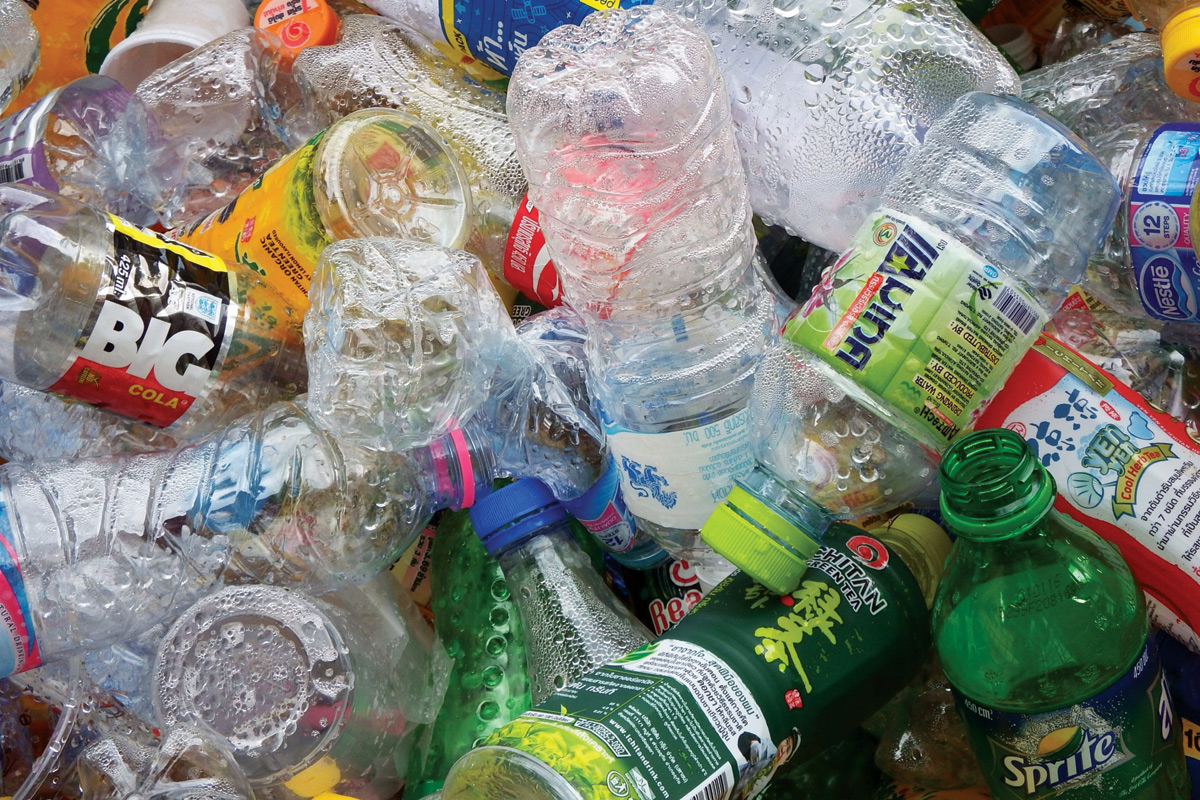 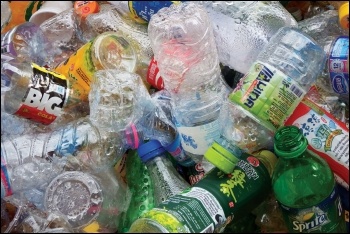 The world’s oceans are choked with plastic waste, but capitalism is not manufacturing alternatives   (Click to enlarge: opens in new window)

A rapidly growing mountain of plastic waste is polluting the world’s land and oceans.

Over 300 million tonnes of it is produced each year globally, according to Statista – roughly the equivalent weight of humankind. But a study in Science Advances found only 9% is recycled and 12% incinerated. The rest ends up dumped in the seas affecting the marine food chain, or goes into landfill.

The Ellen MacArthur Foundation estimates that by 2050 the oceans will contain more plastic by weight than fish! In 2016 researchers at Plymouth University reported that plastic was found in a third of UK-caught fish.

The mountainous volume of used plastic in Britain has been compounded by the Chinese government’s decision to ban imports of plastic waste since 1 January.

This means 500,000 tonnes a year of toxic plastic could end up incinerated or as landfill as Britain’s recycling industry doesn’t have sufficient capacity.

Faced with this massive environmental crisis, Prime Minister Theresa May has pledged to abolish plastic waste such as carrier bags and food packaging. But not until 2042 – by which time global plastic production is on course to have doubled or tripled.

Even mild measures such as a plastic bottle return-deposit scheme have not been included in the government’s plan.

Like their policy to tackle deadly levels of air pollution, Tory environmental measures are pathetically inadequate and come too late.

Apart from extending the 5p charge on plastic shopping bags to small retailers in England, and asking supermarkets to provide plastic-free goods aisles, the government’s message to their pals in big business amounts to ‘carry on generating profits – and hang the environment’!

As far as the manufacturing and retail industries are concerned plastic is cheap and versatile. Coca-Cola alone produces over 100 billion throwaway plastic bottles every year, according to Greenpeace.

The environmental charity also says the six top six drinks companies in the world use a combined average of just 6.6% of recycled plastic in their products.

Plastic drinking bottles could be made out of 100% recycled plastic, but that would mean the bottles wouldn’t be clear and shiny – a marketing no-no.

Under the media spotlight, Coca-Cola, Pepsi, and high street brands such as McDonald’s and Iceland have all recently announced ‘initiatives’ to tackle plastic waste. The rub is their ‘ambition’ is voluntary – and decades away.

The technology to eliminate plastic waste in an environmentally friendly way exists. However, as long as capitalism and big business-friendly governments continue to set the political agenda then profit will come first.

Workers, as producers and consumers, must fight to secure tighter regulation of industry. But you can’t control what you don’t own. That is why public ownership and socialist planning represent the real green future.