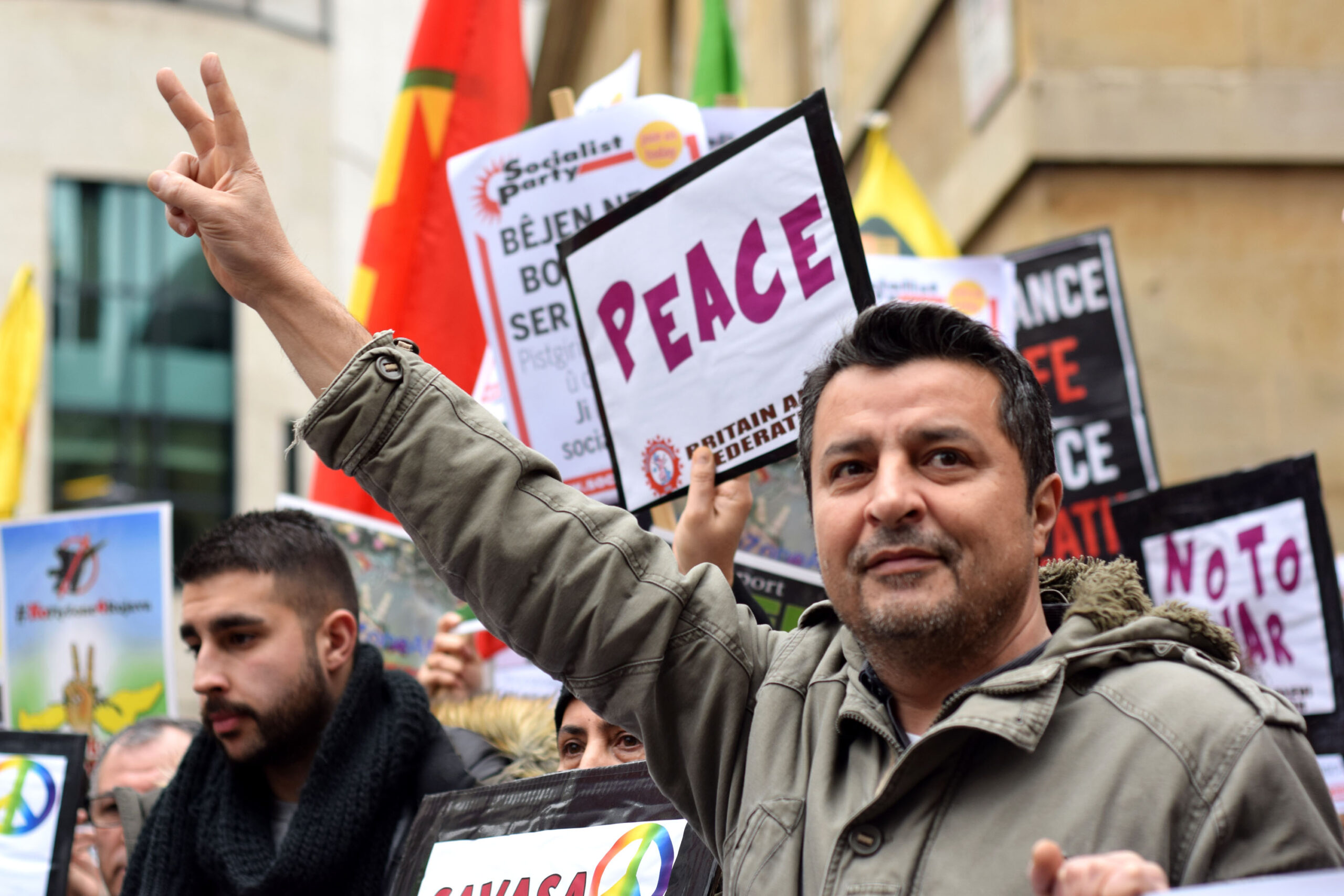 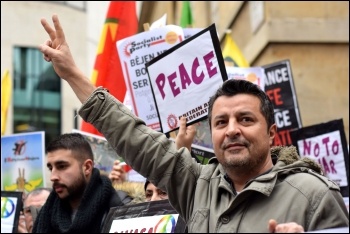 Last month the Turkish state began a fresh military assault on Kurdish areas in Syria. Kurds and supporters demonstrated against the war in London on 27 January.

The territories now under Kurdish control are populated by Arabs and Turkmen as well as Kurds. It is vital to appeal to the mass of the population to organise together.

By championing the rights of self-determination, a movement could be built that would withstand the Turkish onslaught and reach out to workers and the poor across the whole region.

It is also important to make an appeal to working class people in Turkey. In such a terrible situation this might seem remote.

But such an appeal, with a programme to defend democratic rights, for jobs and homes, for the region’s vast resources to be publicly owned and controlled democratically for the benefit of all, could break through the fear and the hate.

Workers and the poor in Turkey have nothing to gain from the Kurds’ continued oppression, which only strengthens the government and bosses that also exploit and oppress them.

Thousands of Kurdish people marched in London from the BBC in Portland Place all the way to Downing Street. This was to show discontent with coverage by the BBC’s Turkey correspondent Mark Lowen of the offensive on Afrin, and to show the atrocities committed by the Turkish state.

Representatives of the ‘Solidarity with the People of Turkey’ campaign, trade unions such as the PCS, RMT and National Education Union, the Socialist Party, and many more groups showed their solidarity with the Kurdish community.

Turkey’s government has been backing the Free Syrian Army and jihadists to attack Kurdish areas in Syria in an attempt to take out its enemies since Kurdish fighters advanced into new areas in the fight against Isis.

The Turkish state wants to see dog eat dog. Sadly, we remember how the Turkish army crossed its own borders and attacked the Kurds in Jarablus while they were attacking Isis.

We show our solidarity with the Kurds. But we disagree with their leaders’ acceptance of assistance from imperialism. So many times the Kurds have been betrayed by the imperialist powers. All many Kurdish leaders see is “the enemy of my enemy is my friend.”

However, to reiterate, we should show solidarity with the Kurds’ struggle, setting up a secular democracy in Syria and Rojava with greater freedoms and equalities for citizens.

Boris Johnson outrageously remarked that “Turkey has the right to protect its borders” on Twitter in reference to the Afrin operation. This is an attempt to protect British arms sales to Turkey, a fellow Nato member.

Demonstrators called on Corbyn, the Labour Party and the “international community” to speak out about this.