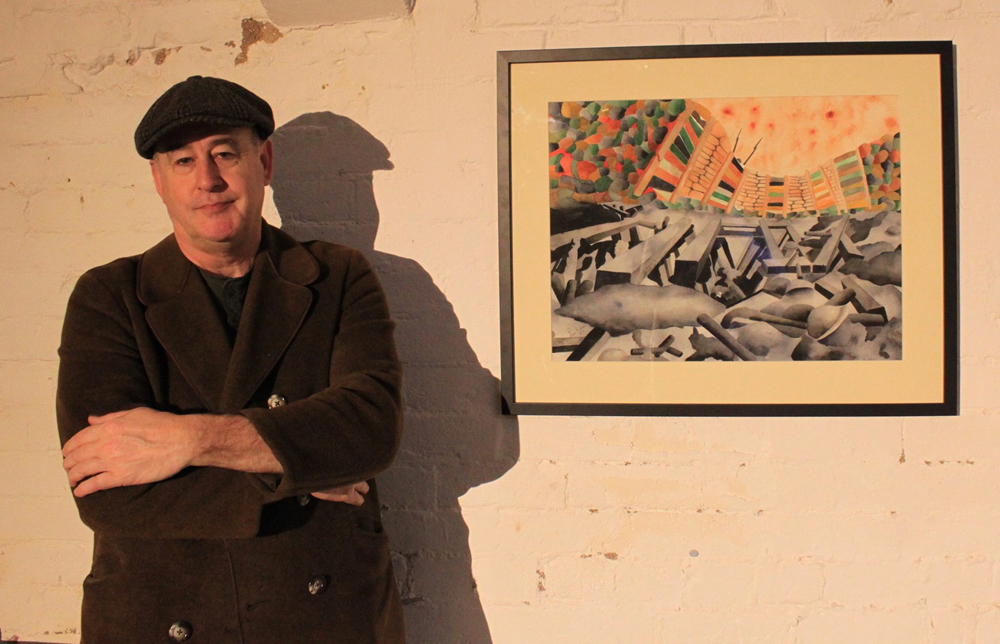 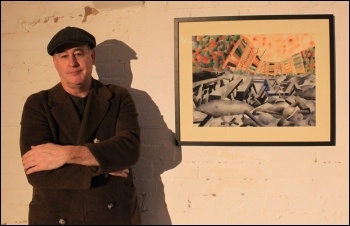 Peter, a member of the Socialist Party in Yorkshire, said: “As a teenager I started to reflect on the horrors of war. In particular the horrendous carpet bombing of Vietnam. This was the start of me presenting, through paintings, politically driven questions to those in power.

“Unobtania is a body of work that critiques man’s inhumanity to man.

“The First World War was the first industrialised war and certainly the first to use on an industrial scale chemical warfare. I wanted the painting ‘Trenches’ to represent the working class.

“The desolation is also what they came back to, with the lack of any aftercare. Indeed, psychiatric care was in its infancy.

“‘Boots on the Ground’ is a reflection of the mantra that politicians still espouse ad nauseam and infinitum. The reality is that actually thousands of men, women and children are being slaughtered in the likes of Syria by bombings.

“Within my work there is a deliberate tension between the brightness of colour and seriousness of the subject matter.”