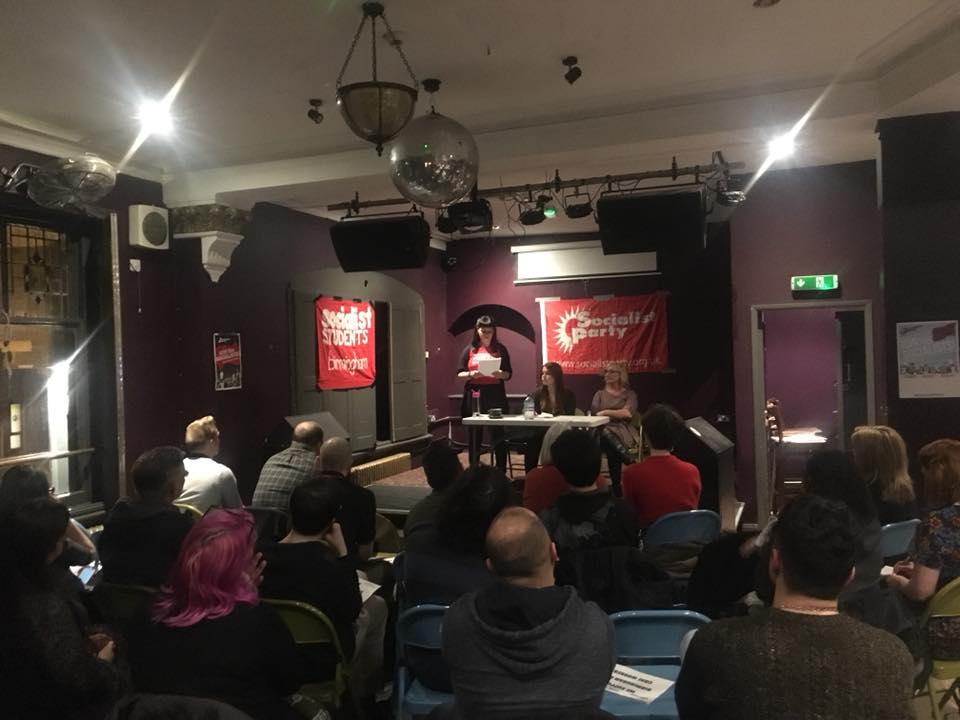 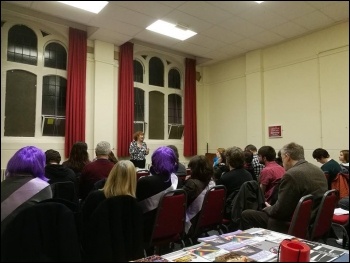 Local activists from ‘Women Against State Pension Inequality’ updated the meeting on their campaign. Local Keep Our NHS Public organisers Julie and Vicky Horbury attended and spoke about the local campaign to defend the NHS – and the crucial role it plays in defending women’s rights.

Others spoke about the role working class women and socialists played in winning the right to vote, equal pay and maternity rights, and abortion rights. What was clear throughout was that the ruling class has never granted any rights without the struggle of ordinary people. 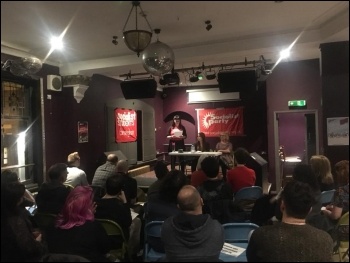 Mandy told the meeting that home carers – low-paid and predominately women – were inspired to strike after the victory of the Birmingham bin workers against the council last year.

Becci Heagney, North West Socialist Party organiser, was another guest speaker. Becci spoke on the history of International Women’s Day and the suffragette movement, and how we can learn from the struggles of working class women throughout history.

There was lively discussion and a solidarity picture taken at the end for the care workers. We all took away an understanding of the strength of working class women when we get organised, and how working class women’s struggles today are continuing the thread of history.