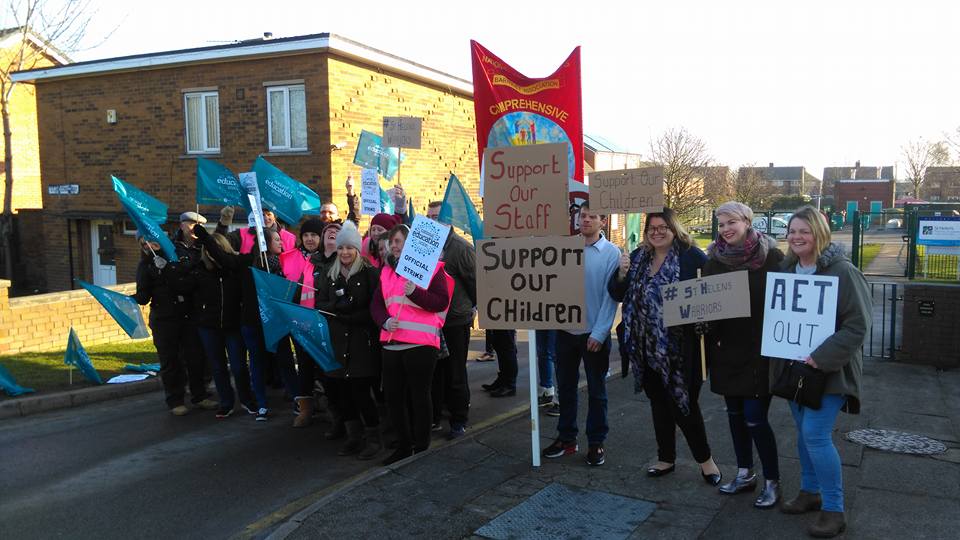 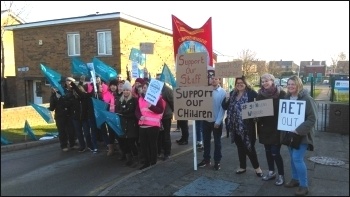 “Four heads, five deputies and five Sendcos (special needs and disabilities coordinators) have gone over the last two years. It seems like we have a different head sent in nearly every day.”

This is how the results of the “oppressive management” by Academies Enterprise Trust (AET) at St Helens primary school in Barnsley was described to me.

Striking teachers and support staff and parents (#StHelensWarriors) are united in wanting AET out and the school returned to Local Education Authority control.

Parents’ group leader Leonie Gleadhall was the chair of the school governors until AET sacked her last July and replaced the entire governing body, with a paid AET chair of governors and no parental representation.

Leonie said that between 2014 and 2017 AET academy chain has lost 20% of its schools as it just cherry picks which schools and which children it wants in order to improve its stats. 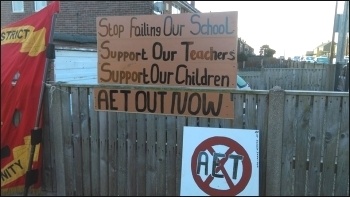 Another parent “warrior” told me that “AET don’t care about the little people, only about money” and that resources had been cut from an already underfunded school since AET took over.

NEU divisional secretary, Nicola Fitzpatrick, said that the bullying academy management had created such fear amongst staff that only three members had attended a union meeting before Xmas because they were so scared, and those three were interrogated by management afterwards.

But now, with the support of a very active parents’ group who have organised two public meetings and already held protests at the school, the teaching staff voted 21 out of 23 for strike action.

Wednesday 21 March was the first strike day and the school was completely shutdown. Another strike, for two days, has been called for April 10-11 after the Easter holidays.

Messages of support should be sent to Barnsley NEU Divisional Secretary, Nicola Fitzpatrick at: [email protected]

Click here for the latest report in the Socialist on the anti-academies campaign and strikes in Newham, London