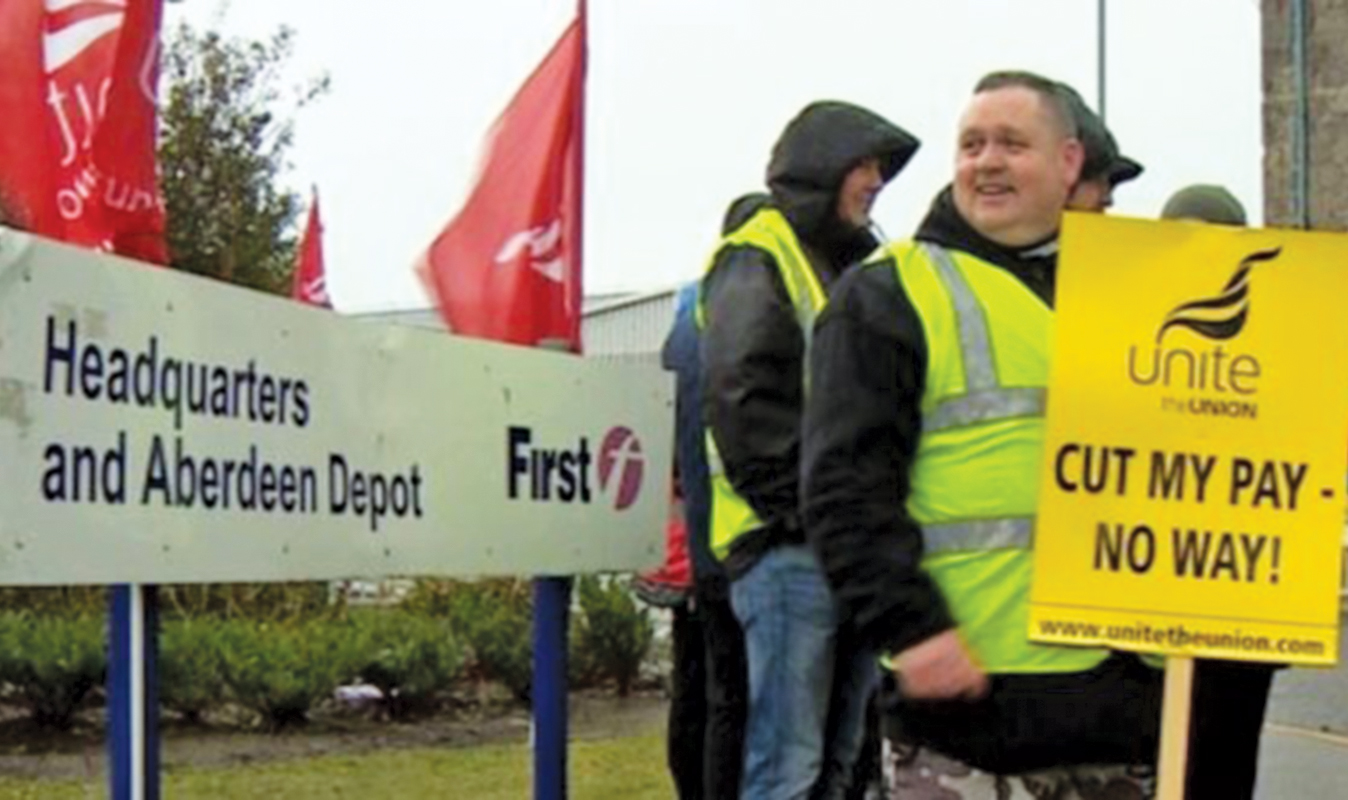 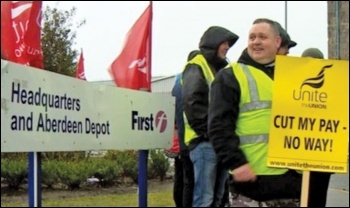 Aberdeen bus drivers are striking against draconian cuts to their wages and conditions by employer First Bus.

Mike Flinn, Unite union convenor, explained: “First are cutting into drivers’ wages to achieve more profit. Drivers who are earning £25,000 are going to jump down as low as £19,000.” Management also wants to scrap paid breaks, reduce holidays, and keep drivers on the road for up to ten hours.

After a huge 97% rejection of the proposed changes, a ballot gave around 95% support for strikes. Following four one-day strikes, a seven-day strike began on 25 March in the run-up to the day drivers are supposed to sign new contracts.

Strikers spoke to Socialist Party Scotland on their 90-strong picket line on 19 March. “The strike is having a big impact and is massively supported. First Group has brought up staff from other parts of the UK to scab during our strike.

“Managers, including the managing director, are also driving buses. But it’s clear that they don’t know the routes. Bus timetables have been hugely affected with buses reduced to an hourly service.”

The dispute highlights the need for public ownership of bus services. Running lifelines for the profits of corporate shareholders is not acceptable. A publicly owned and democratically run transport system is essential to prevent profit-hungry companies abusing workers.