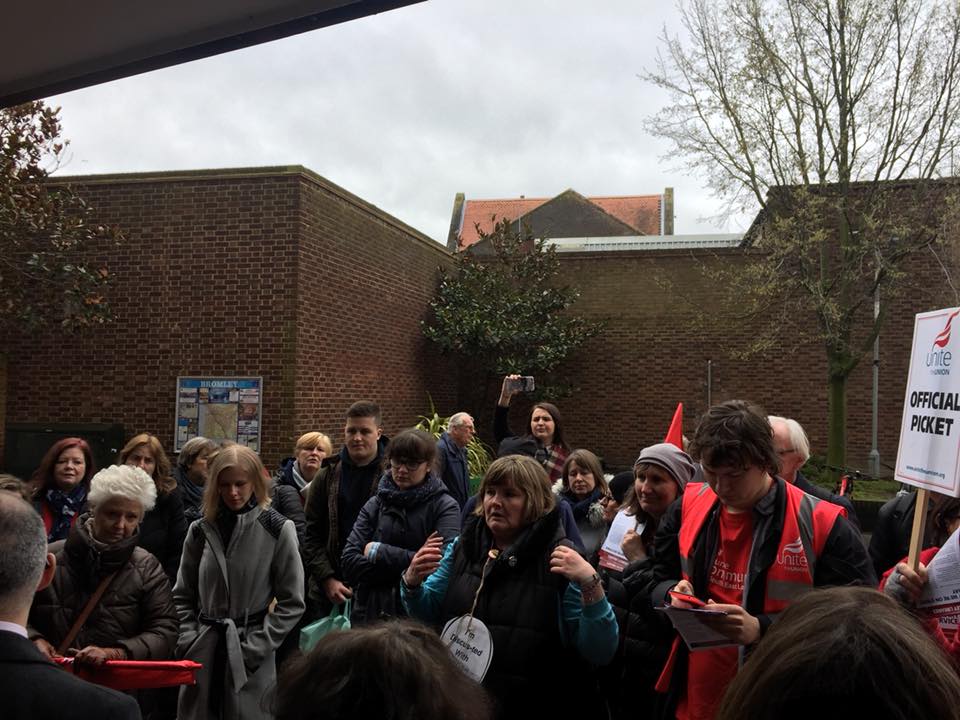 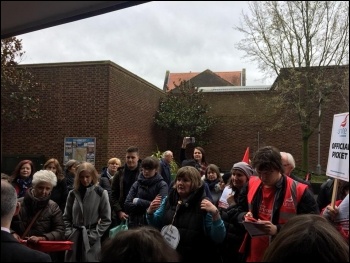 By a Unite member

A mass meeting on 18th April agreed to accept proposals recommended by union reps who attended negotiations with the employer the previous day. The campaign has won concessions from the employer on all the main items in dispute.

This includes the immediate filling of 17 vacant posts, protection for pay and conditions that goes beyond the legal protection provided by ‘TUPE’ (workers were transferred out from the council to Greenwich Leisure Limited – GLL – in November 2017), a pay increase from this April, implementation of the London Living Wage and paid trade union facility time.

This is a hugely significant trade union victory. GLL took over the service promising to make “efficiencies” – code for cuts. Inevitably, this was going to be in the area of staffing and they certainly wasted no time. GLL attempted to run libraries with significant numbers of posts kept deliberately vacant.

This led to the service being stretched to the point of collapse and was the final straw leading to the walk out.

The union had also been pressing for a ‘TUPE Plus’ agreement. This was based on previous knowledge of TUPE, which is the legislation supposedly set up to protect staff pay and conditions on transfer to a new company.

However, the legislation is clear, protection is only on the day of transfer, so you transfer over on your current conditions, then the company decides it needs to re-organise and away goes your protection.

Not only did the campaign win an agreement that bettered TUPE, but pay rises were also won. Bromley council had itself withdrawn from national pay bargaining some years ago.

The win at GLL means that the vast majority of Unite members will actually get a better pay increase than they would have done at the council. This does not mean that outsourcing is good! The point is that there was no pay campaign at the council – but there was at GLL.

In fact, some staff did even better under the strike proposals than the national local government arrangements for 2018. Again, this is because a campaign, with strike action, was mounted.

The other important point is that GLL does not recognise unions – but this did not top a pay claim being made and an effective campaign being undertaken.

The company is supposed to be a social enterprise where profit is not the main motivator. However, GLL acts just like the worst of private employers.

Campaigners in Belfast have been marching and demanding that Belfast City Council take the service back in-house. Now, on the back of the Bromley victory, is the right time to link up a much wider campaign, bringing together all those people across the UK and beyond who are fighting against GLL. The Bromley strikers have shown what can be done and how.

This version of this article was first posted on the Socialist Party website on 22 April 2018 and may vary slightly from the version subsequently printed in The Socialist.